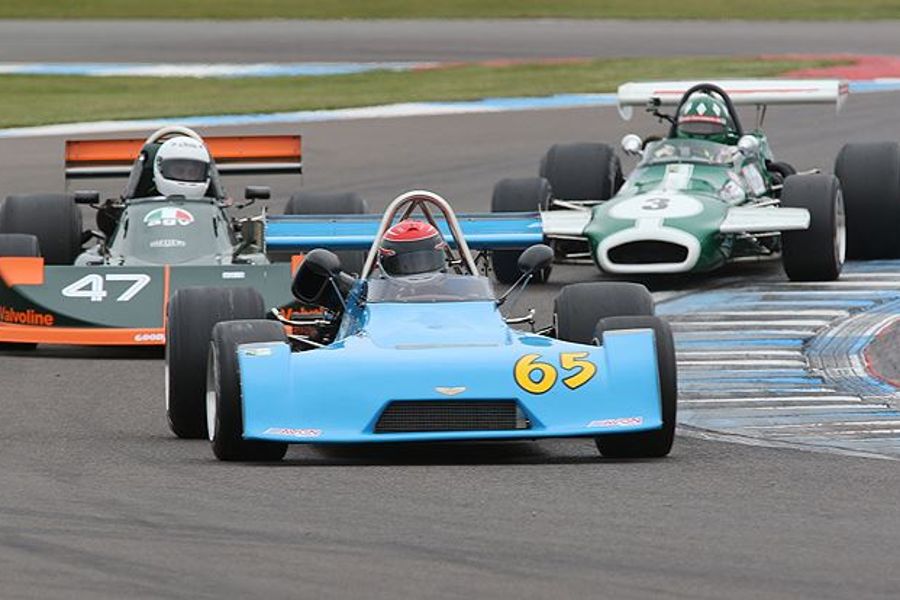 This weekend's Donington Historic Festival is looking like a great weekend's racing and four categories from the Historic Sports Car Club will feature in the busy race programme. In addition to being the race organising club for the high-profile event, the HSCC will take Formula 2, Super Touring, Jaguar and Pre-’80 races to the three-day event (April 30th, May 1st and 2nd) as the four major race series start their 2016 schedules.

A number of new drivers have joined the established F2 racers for the opening two races of the HSCC Historic Formula 2 FIA International Series. Although his 1600cc Formula Atlantic March 79B gives away power to the 2-litre F2 cars, Andrew Smith is a formidable contender and will make up through the fast corners what he loses on the straights.

New to Historic F2 is Dean Forward in a March 782 and he will surely be a contender once he has a few miles under his belt, while another hard-charger is Jamie Brashaw (Chevron B25). A strong entry of earlier 1600cc F2 cars is topped by current triple champion Robert Simac from France in his March 712M.

The HSCC Super Touring Car Trophy has a pair of races and the entry is topped by reigning champion Stewart Whyte in his Honda Accord. One of the biggest names on the grid is double BTCC champion John Cleland who is having a second Super Touring career in the Vauxhall Vectra he raced when it was new in 1997 while another driver from the BTCC of the 1990s is Patrick Watts, who is back with a Peugeot 406 he raced in period.

Notable newcomer to the grid is Jason Minshaw in a Volvo S40 and he should be a major contender along with drivers like James Hanson (Vauxhall Vectra), Mark Jones (Renault Laguna) and Craig Davies in his Sierra RS500 Cosworth from the earlier Group A touring car era.

Monday’s programme features the opening round of the 2016 Jaguar Classic Challenge and it is the E-types that will set the standard in the hands of drivers like Martin Stretton, John Pearson, Joaquin Folch, Jamie Boot, Julian Thomas, Marcus Graf von Oeynhausen and Fred Wakeman. Graeme Dodd shares the car of Martin Melling, while racing veteran John Harper returns for a full campaign in an E-type, nearly 50 years after he first raced a Lister Jaguar.

A new race on the schedule for the Festival is the Pre ’80 Endurance Series, which is home to cars of the type raced in the World Endurance Championship through the 1970s. Sure to be among the fastest cars is the stunning Cosworth DFV-powered Lola T282 of Leo Voyazides.

Chasing the DFV Lola will be a gaggle of 2-litre cars and, despite giving a lot away to the newer cars in terms of aerodynamics, Martin O’Connell will be a major contender in Sandy Watson’s Chevron B19. Robert Oldershaw and his Lola T212 make up another rapid package, while several new combinations could be well in the mix.

Richard Piper has vast experience in this type of car, going back to the days when they were new, and now has a March 75S at his disposal, while John Spiers joins the pack in an Osella FA3. Mark Richardson/David Gathercole were podium finishers last year at Brands in Mark’s Lola T290 and Daryl Taylor should be quick in his rare Lola T390.