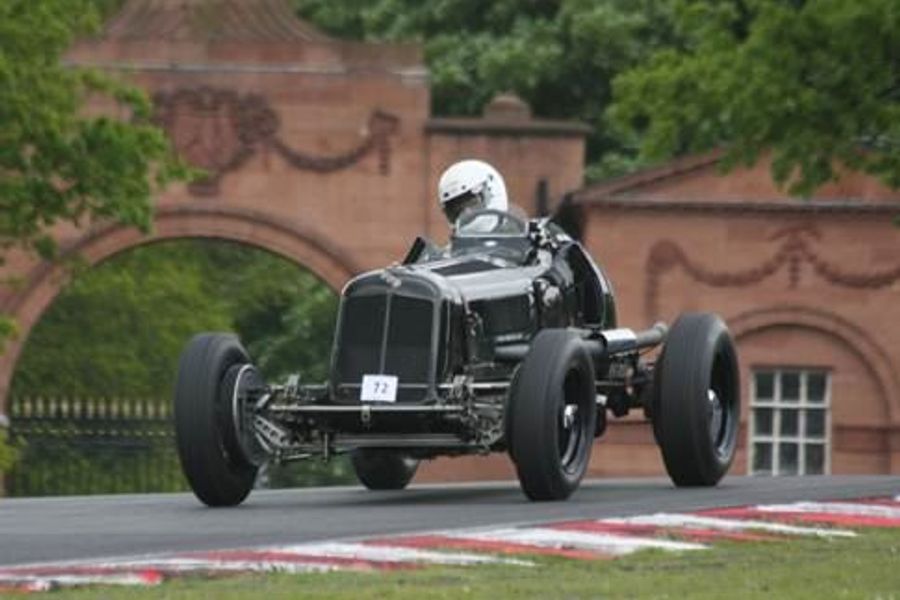 The Vintage Sports-Car Club will celebrate its highly-anticipated return to racing at Oulton Park this weekend with the prestigious Hawthorn Memorial Trophies Meeting on Saturday 18 July, to be followed by Sunday’s Vintage Club Day. It is five years since the VSCC’s last visit to the celebrated Cheshire venue, and a large crowd is expected to attend, with a fantastic line-up of pre- and post-war machinery signed up to take part in the day’s 10-race programme.

Once again ERAs play a feature role, with a trio of the revered voiturettes competing across the day’s headline events. With Dick Skipworth’s front-running R3A sadly ‘hors de combat’ following mechanical issues suffered at the recent Chateau Impney Hill Climb, the door is open for his fellow ERA pilots to take the honours. Paddins Dowling makes his 2015 VSCC bow in R10B, the ex-Peter Whitehead 1938 Australian Grand Prix winner and will challenge Nick Topliss – eager to take a second victory in the Club’s Premier Cru Racing series of races in R4A following his Silverstone success – and Ben Fidler, also a Trophy winner at the Club’s Cadwell Park event in AJM 1 last month.

Also determined to continue his run of good form this season will be Fred Harper, who looks to repeat his 2010 Hawthorn Memorial Trophy victory in the mighty 1957 Kurtis Indy-Roadster, whilst Tony Lees will hope to evoke the spirit of VSCC Racing legend Ron Footitt, who enjoyed much success with the AC/GN ‘Cognac’ at Oulton Park in the 1970s and ‘80s. He will face a stern test amongst the Pre-1931 Vintage ranks from the likes of Tom Walker’s 1930 Hispano-engined Amilcar Special, victor of the John Holland Trophy last time out at Cadwell.

Not to be outshone, a fantastic turnout of Pre-war Sports-Cars will be on hand to contest many of the day’s Trophy and Handicap Races, culminating in a thrilling line-up for the VSCC’s much-loved annual Team Relay Race. The 90-minute endurance event will play host to 18 teams of three cars as friendly Intermarque rivalry takes centre stage, with Riley, Frazer Nash, MG, Austin, Lagonda, Talbot and Alvis badges amongst those represented.

Away from the thrilling track action, there will be plenty else on offer to keep the whole family entertained, including trade stands, a lunchtime air display, cream tea & Pimm’s tent, live music and a fun fair for the younger audience, as well as MSV’s popular Rally SuperRides and YoungDrive experiences available throughout the weekend.

To bring the day to a fitting finale after the end to the track activity, a BBQ hosted by the circuit (payable on the day) will give all Competitors, Marshals and Spectators a chance to unwind ahead of Sunday’s Vintage Club Day, with Live Music and VSCC Archive Films providing some additional entertainment.