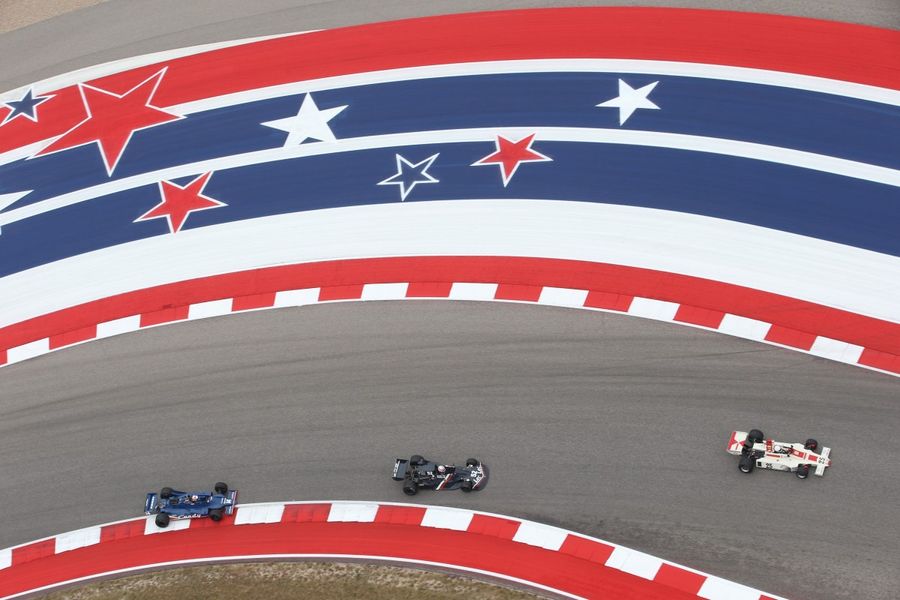 Masters Historic Racing is planning an exciting 2019 season in North America, with new events and a new race series set to be introduced. Masters will continue its popular Historic Formula One Series, Masters USA, which will be partnered by the exciting new Masters Endurance Legends USA category, to mirror the successful equivalent in Europe

Catering for the same eligibility as its namesake series that has been a huge success in its inaugural season in Europe, but also catering for some additional categories specific to the North American market with Prototypes, GT, GTP and Group C cars up to 2015 included. At each event in North America, Masters will cater for the new Masters Endurance Legends USA series with four times 40-minute sessions for 1 or 2 driver teams, alongside the existing Masters Historic Formula One USA series.

The Masters 2019 North American season will begin at Sonoma Raceway on June 1/2 for a new prestigious and highly-promoted event in the form of the Sonoma Speed Festival where the Historic Formula One cars will be joined by the Masters Endurance Legends USA field for the first sighting of the new series.

On July 12-14, Masters will head across the border to Canada for the HMSA Sommet des Legendes at the Circuit Mont Tremblant where the Masters USA and Endurance Legends cars will be the star attractions. One week later, July 18-21, The WeatherTech International Challenge with Brian Redman will feature at Road America where both series will be in action again.

Masters is honoured to have been invited back to Americas premier historic event in August with two back to back weekends at the WeatherTech Raceway Laguna Seca on August 10-11 where both the F1 and MEL grids will be featured at the Monterey Pre-Reunion and then on August 15-18 at the Rolex Monterey Motorsports Reunion.

Masters is delighted to be invited to the Formula 1 United States Grand Prix at the Circuit of the Americas on November 1-3 with support races in Texas. Both grids are sure to attract huge attention at this fabulous venue!

Masters Founder and President Ron Maydon said: "This is a very important season for Masters in North America. We already have a great following from drivers and fans and our Masters USA F1 dates are once again offering drivers some of the best circuits available."

“Our introduction of Masters Endurance Legends USA will, I am sure, be a huge success. There are plenty of cars in North America and a huge interest in sports car racing and we have already seen a number of these cars coming to race in Europe or in non-championship one-off American events, so a series at great circuits can only promote the class in the USA. I am looking forward to seeing how the new series unfolds and can’t wait to see the action. I am already encouraged to see how many of our existing F1 drivers have invested in cars for Masters Endurance Legends already!”