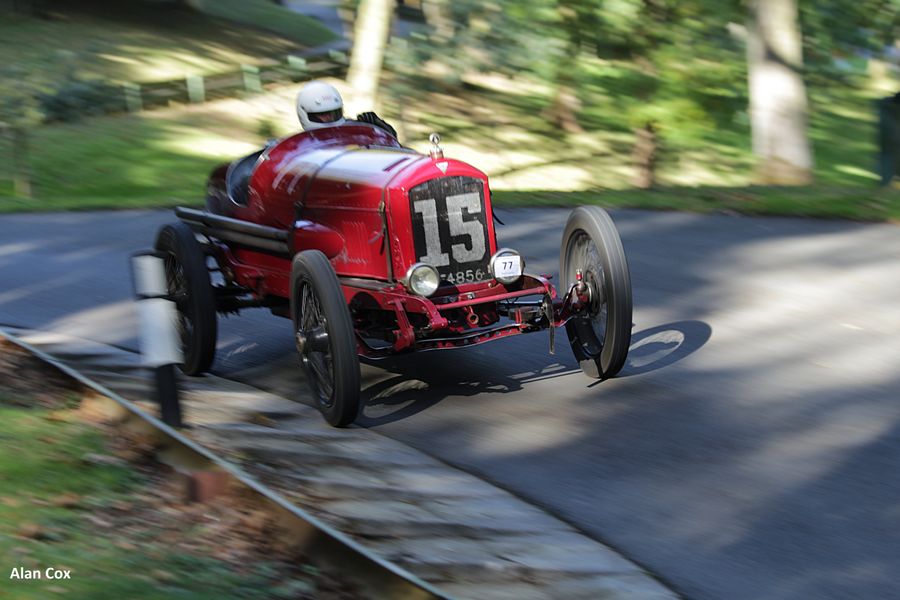 The Vintage Sports-Car Club made their second trip of the year to the picturesque Prescott estate in Gotherington on Saturday 29th September for the final round of this year’s Speed Championship, the Prescott Long Course Hill Climb.

A glorious autumnal day greeted a maximum entry of almost 150-Pre-war cars as they competed for the final time this season. tRack conjoint were good and the results reflected this with James Baxter taking the Fastest Time of the Day in David Hawkins’ 1935 Riley ERA, and in so doing smashing the overall VSCC course record, previously held by Nick Topliss, with an great time of 48.70 seconds. James Crabb achieved 51.59 seconds to win the Fastest Young Driver sharing ERA R12C with his father. Also, Sue Darbyshire gained Fastest Vintage in her 1929 Morgan Super Aero with a time of 56.22 seconds.