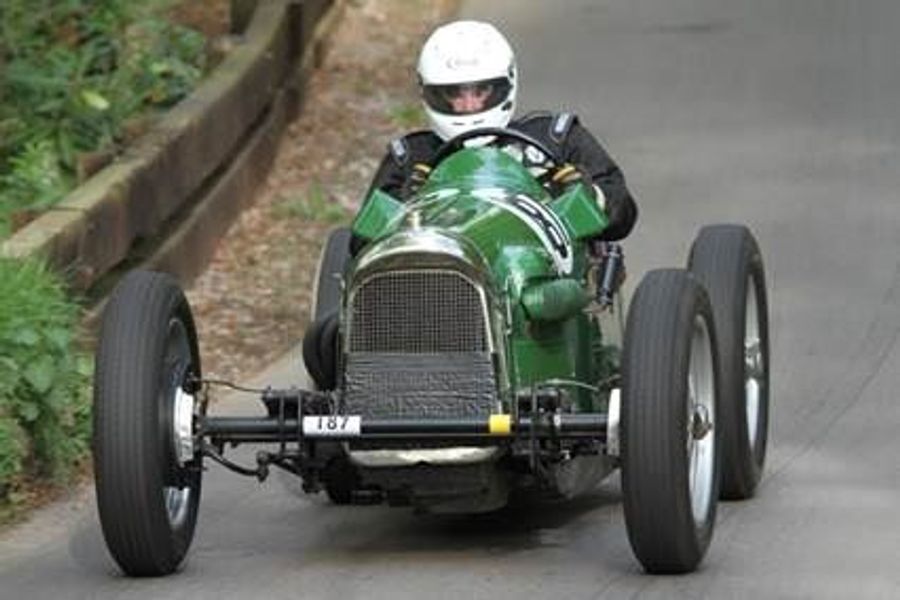 Congratulations go to Tony Lees, winner of the Vintage Sports-Car Club’s inaugural MSA-registered Speed Championship in 2016, in his famed 1925 AC/GN ‘Cognac’ Special. The Leicestershire-based driver proved a model of consistency throughout the year in the celebrated ex-Ron Footitt ‘Chain Gang’ Racing Special – a GN chassis, powered by a 2-litre AC engine – regularly placing amongst the front-runners at the club’s sprint and hill climb events.
Highlights included several fastest pre-1931 Vintage and class accolades, as well as a particularly poignant new class record at Shelsley Walsh in July, where he broke Freddie Giles’s 1993 time in ‘Cognac’, just days before Freddie sadly passed away.
Designed to create a level playing field across the club’s eclectic 16-class structure of Pre-war Racing and Sports-Cars, the championship delivered the desired result, with club Director, Geoff Smith claiming runner-up spot, having led the way in the aero-engined Pre-1918 Edwardian class in the Piccard-Pictet Sturtevant Special, ahead of third place Jo Blakeney-Edwards, repeating her good form in claiming last year’s series in her Frazer Nash Super Sports.
In addition to the individual class winners, there were also special awards for Guy Lachlan, the best placed newcomer to VSCC Speed events in his first season with the 1914/18 Fafnir Hall-Scott Special, whilst Andy Baker led the Under 30 standings, competing in the family’s historic Riley Brooklands.
The new championship has firmly established Speed events amongst the best supported disciplines the VSCC offers, promoting spirited competition throughout the classes for Pre-war Racing and Sports-Cars. Points were awarded at each event across the campaign, with the best eight scores out of the ten rounds to count towards the final standings.
The VSCC thanked all those who supported the 2016 Speed season, with 453-unique entrants scoring points across their Hill Climbs and Sprints, who were all automatically registered for the competition. Thanks also go to M&P Insurance Solutions for supporting this year’s championship as sponsors of the awards throughout the season.
All winners will be invited to attend the VSCC’s Annual Awards Dinner at the Hilton Hotel, Warwick on Friday 31st of March 2017 to receive their prizes.
VSCC VSCC Speed Championship