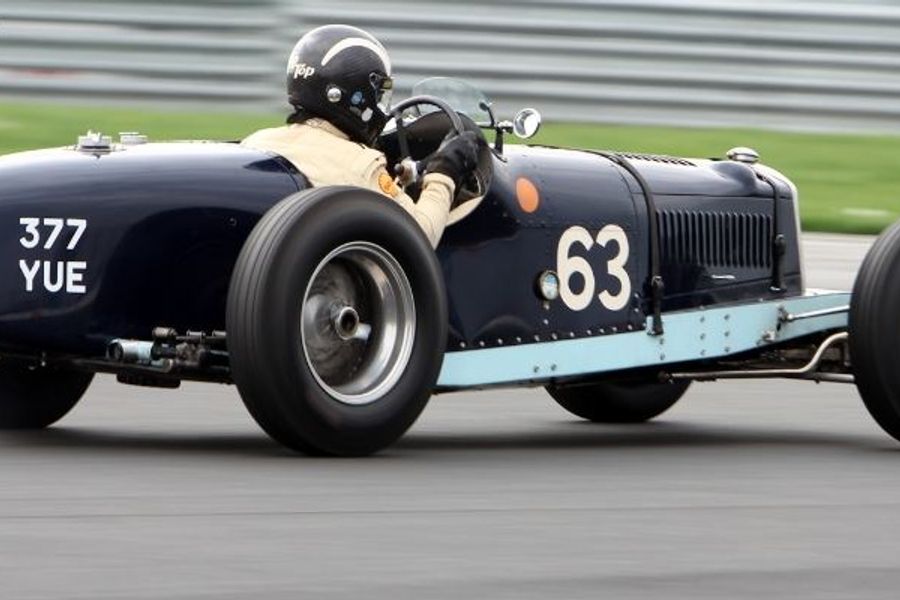 Last weekend the Vintage Sports-Car Club held the seventh and eighth rounds of their 2018 Speed Championship at Loton Park Hill Climb in Alberbury, Shrewsbury. As well as returning to the popular September date and new double-round format, a new VSCC course record was achieved by James Baxter in David Hawkins’ beautiful 1934/35 Riley ERA.

On Saturday competitors saw a very wet track on their competitive runs on the hill, however Sunday brought periods of fantastic sunshine and ideal competition conditions between the brief showers.

The VSCC saw some excellent driving and superb times across the weekend, including Baxter’s incredible first competitive run on Sunday. The timed run not only earned him the Fastest Time of the Day and the TT Humber Trophy, but also a new record for the fastest ever run up the hill at a VSCC Loton Park Hill Climb with a timed run of 60.84 seconds – almost two seconds faster that the existing class record, and over half a second faster than the existing Loton Park record for the VSCC.

Baxter is no stranger to VSCC records, having previously achieved the fastest timed run at a VSCC event at Loton Park in 2012, with a run of 61.35 seconds in a 1934 Frazer Nash Single Seater. With six individual records held with the VSCC, Baxter is on his way to becoming one of the club’s greats.

The VSCC will return to the track on September 22nd with the penultimate round of this year’s Speed Championship, the Snetterton Sprint, followed immediately by the season finale of the 2018 Formula Vintage Race series at Snetterton on Sunday 23rd of September.

Record Breaker Thompson to Give Hall of Fame Presentation