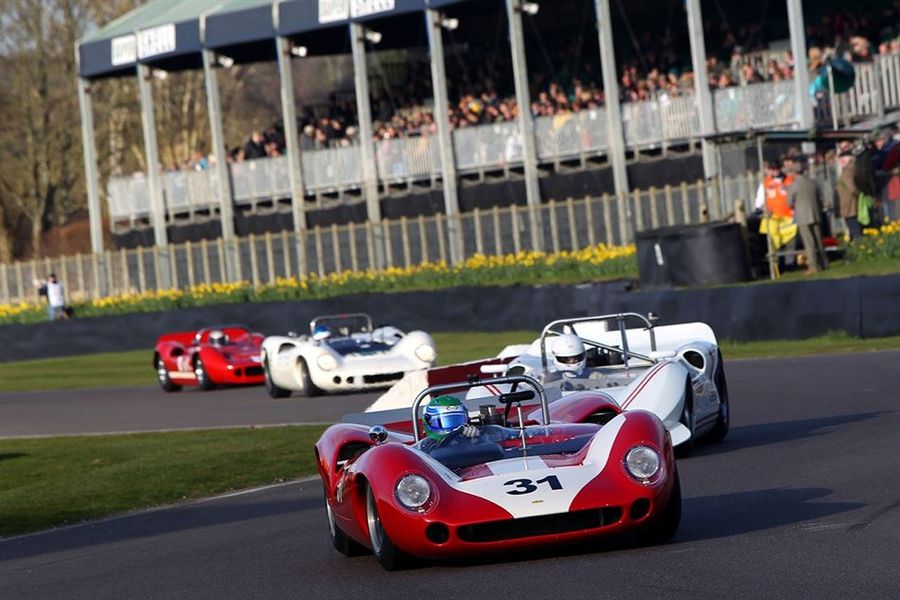 Although Padmore has many laps of Goodwood under his belt, he had never raced there before but in Saturday's qualifying session put the red Lola Spyder at the top of the timesheets and claimed pole from the McLaren of Chris Goodwin. In Sunday's race the prodigious torque of Phil Hall's V8 Lola saw Padmore fighting for traction off the line and initially drop to fifth, before recovering to second by the end of the opening lap.

A lap later Padmore was past leader Jay Esterer and able to ease away from the field even when catching backmarker's round Goodwood's 2.4-mile lap. It all came together on lap nine when Padmore shaved a huge 0.737s off the outright circuit record - set back in 2010 - and stayed clear to win the 15-lap event.

"Well it just doesn't get much better than this! I don't feel like it's quite sunk in yet," said Padmore, "the whole weekend seems like a bit of a blur, I can't believe it!

"Thank you so much to Phil and Max who have given me the opportunities to drive two incredible race cars at this fantastic event - I've loved every moment. Also a big thank you to Complete Motorsport Solutions and WDK Motorsport who ran the Lola and Surtees this weekend, everything was absolutely spot on.

"It's fantastic to break the lap record, especially as it's stood for so long - and add my own little bit to this circuits' history. I've had so many messages of support; it's been a bit overwhelming, but it really means a lot - thank you!

"Lord March really does know how to put on a good show and the Members' Meeting this year was no exception. Thanks to him and his team, a truly golden era of motorsport can continue to thrive and give younger, and future, generations the opportunity to see and hear these awesome racing machines."