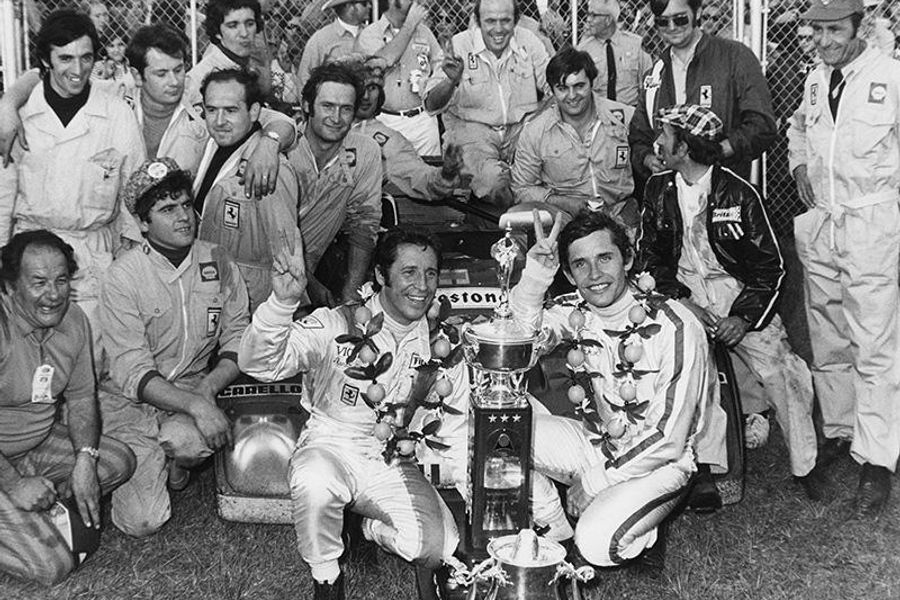 On March 17, Belgian Formula 1 and endurance-racing legend Jacky Ickx will join a tiny band of non-Americans ever inducted into the Motorsports Hall of Fame of America (MSHFA). 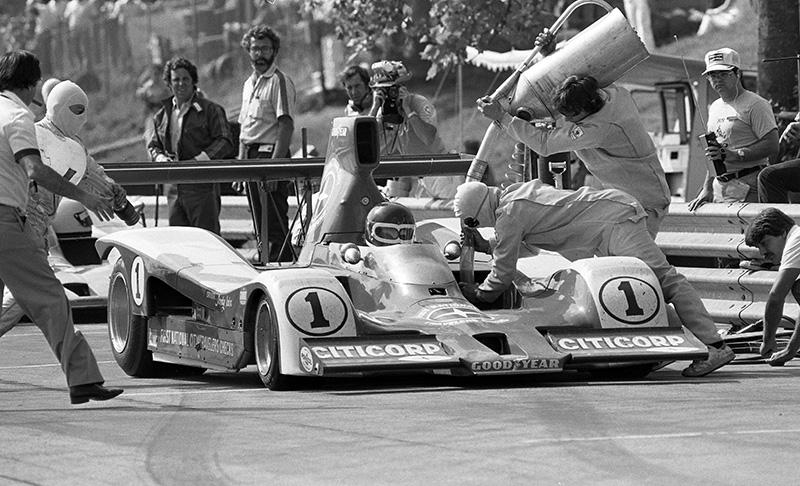 Over the course of his career Ickx set an all-time record for most endurance racing wins with 47, including six overall victories at Le Mans. Ever the experimenter, he entered the 1969 Daytona 500 in a Junior Johnson Ford, but a practice crash left him carless for the race.

Said Ickx's longtime friend and 1990 inductee Andretti, "It is finally time for Jacky Ickx to be honored. I couldn't be happier to hear of his induction into the Motorsports Hall of Fame of America. Not only was he a terrific driver, he is one of my favorite people. I was his teammate in 11 Grand Prix races for Ferrari, six in 1971 and five in 1972. In the same timeframe, we ran nine long distance races, had six poles, four wins and one second place finish. That's how much success we had in our very brief time together.

"When I look back at that part of my life, I see this wonderfully successful time that I shared with the most amazing teammate a guy could want. He belongs in the Motorsports Hall of Fame and it brings me great satisfaction that it's finally happening."

The son of a prominent Belgian motorsport's journalist, Ickx raced during one of the sport's most dangerous eras and was sanguine about the risks.

Despite his reputation as one of the best rain drivers ever, he did not view himself as a daredevil and famously walked the start of the 1969 24 Hours of Le Mans, which he won by less than a second in a John Wyer-entered Gulf Ford GT. His record six victories at the Sarthe between 1969 and '82 remained unbroken until 2005 by Dane Tom Kristensen.

Ickx burst into the international limelight at 22 when he set the third-fastest qualifying time at the 1967 German Grand Prix in a 1.6-liter Ken Tyrrell-entered Formula 2 Matra against the more powerful 3.0-liter F1 cars. In those days, the organizers added F2 cars to the grid so spectators at the then-14.2-mile circuit would see more action. At season's end Ickx was crowned European F2 champion.

Soon he graduated to F1 and raced for several teams, including Ferrari (pictured below), Brabham and Lotus. He collected eight wins, including two Canadian GPs (1969, '70) and the 1970 Mexican GP, and finished second in the championship both years. Had he won the 1970 United States Grand Prix, which he led easily until his car failed, he might have been that year's World Driving Champion. 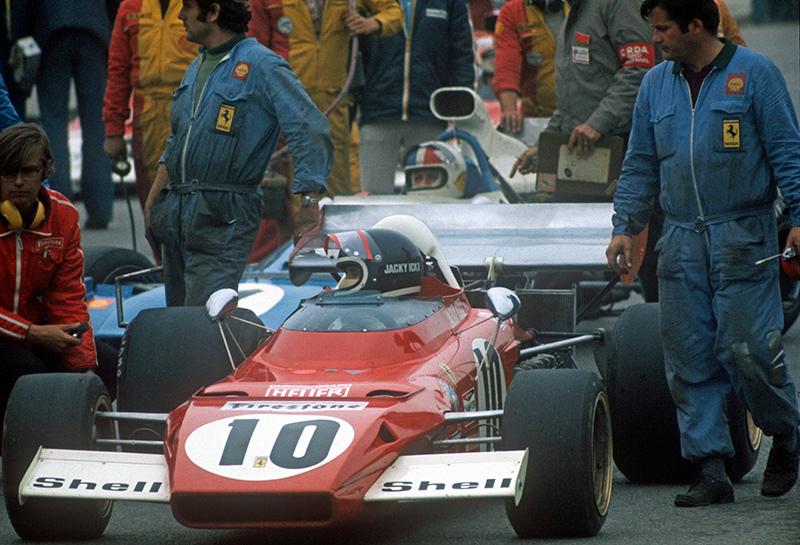 A four-time European motorcycle trials titlist in his youth, Ickx beat De Coster during one of their early battles but joked that he switched to cars shortly thereafter because he realized the eventual five-time World Motocross Champion was going to be better than he was.

Ickx the man may be even more interesting than Ickx the driver. When we asked motorsports journalist Peter Manso his memories of the Belgian a half-century after he interviewed him for his 1969 book VROOM!!: Conversations with the Grand Prix Champions. Manso replied, "Aside from his poet's face, it was his poise, the slow thoughtfulness that just rolled off of him..."

Perhaps it was because Ickx never aspired to any of it.

"I never wanted to be a race driver - never," Ickx said. "I heard about Jim Hall and Carroll Shelby and all the others from that generation because my father was an automobile journalist. But honestly, I always thought I would have been a gardener or a gatekeeper. It's only now that I am getting older that that I can spend some time in my garden. And I love it. But I am very grateful to what I have received because it was totally unexpected and there were good days and also sad days in motor racing."

Ickx was different from most drivers and saw things differently. Such as his take on Enzo Ferrari, whom he drove for for five years, helping to return the Scuderia to greatness.

"I think he was a very sentimental person," said Ickx. "Maybe I will surprise you by saying that, but when I worked with him for five years, I felt loved and appreciated. He was patient with me. I never had the feeling that he was putting pressure on me. I never had the feeling that I had a car less good than my teammate. So, I would say he was sentimental. You never hear that."

Ickx went through a transformation when he began to run the Paris-Dakar raid rally in 1981, which he won in 1983.

"When you race in the Paris-Dakar, you go in Africa. The Paris-Dakar is between 12,000 and 14,000 kilometers off road, in an unknown continent for most of the (entrants), and the conditions of life in those countries are difficult," Ickx said. "It's not only an incredible competition to run for three weeks, with stages 700 kilometer long, it's hard. It forces you to come down to Earth because you have to face things you're not used to. Instead, you have the possibility to see the people who live there around you. You have the possibility to discover another planet where you discover that daily you are privileged by a number of facilities.

"And when you see the human aspect of these people, the charm of these people, the way they react to the way they are living with the strict minimum, where daily you have to battle to survive and you still see people remaining optimistic and smiling although they have nothing. If you see it, like in my case, instead of being what I call 'monorail,' having only one goal - winning, concentrating on yourself in a way - then suddenly you have an angle of visibility on the planet with 180 degrees or more that changes your life.

"That's why I believe the best part of my life, maybe unexpectedly, is not the privilege I had to be one of the best at winning Grands Prix, winning long-distance races, winning Le Mans, (but) the discovery of Africa, where I really grew up intellectually. Where I discovered there were other things than just pure motor racing."

Ickx is married to popular African singer Khadja Nin (Sina Mali, Sina Deni, Like an Angel, Afrika Obota), who serves these days as a UNICEF ambassador promoting education and vaccinations and fighting famine. His daughter, Vanina Ickx, from his first marriage, followed him into the cockpit, where she has raced with distinction, collecting class victories at the Spa 24 Hours and the Chinese round of the FIA GT Championship and finished seventh overall at Le Mans in 2011. Father and daughter have co-driven the Spa 24 Hours and Paris-Dakar. 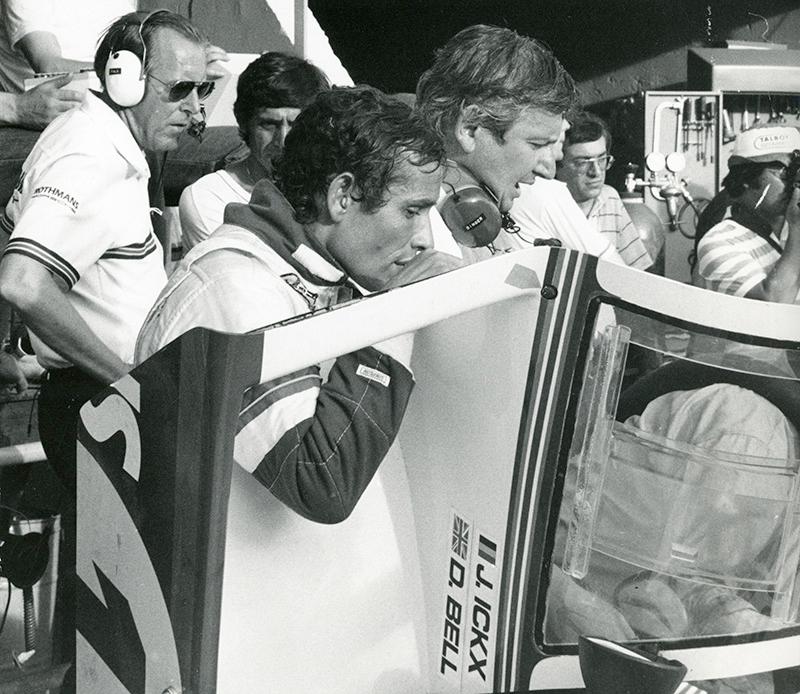 Ickx will be presented for induction by longtime friend and Porsche co-driver Bell (they won Le Mans three times together), who was inducted into the MSHFA in 2012. Inductees are determined by a straight vote among 200 electors, comprised of previous inductees, journalists, historians and other experts on the sport.

"Jacky Ickx was on another level from the beginning," said Bell, "since his youth on trial bikes to Formula 1, he always shone, the 'star of the future.' He is the ultimate professional and surely the most versatile driver of his era, a man who I had the utmost admiration for in his single-minded mission to win. It was that complete and total commitment with the talent to back it up that was the formula for his success. I learnt so much from him as a teammate and a person. I was honored to share many victories and get to know him as a good friend."

"Like Cooperstown or Canton, every MSHFA induction is an unforgettable experience for racing fans," said Levy. "This class of inductees and presenters promises to be one of the best yet. Make sure you're with us March 16 and 17 to meet Jacky, Derek, Wally, Ivan and all the rest." 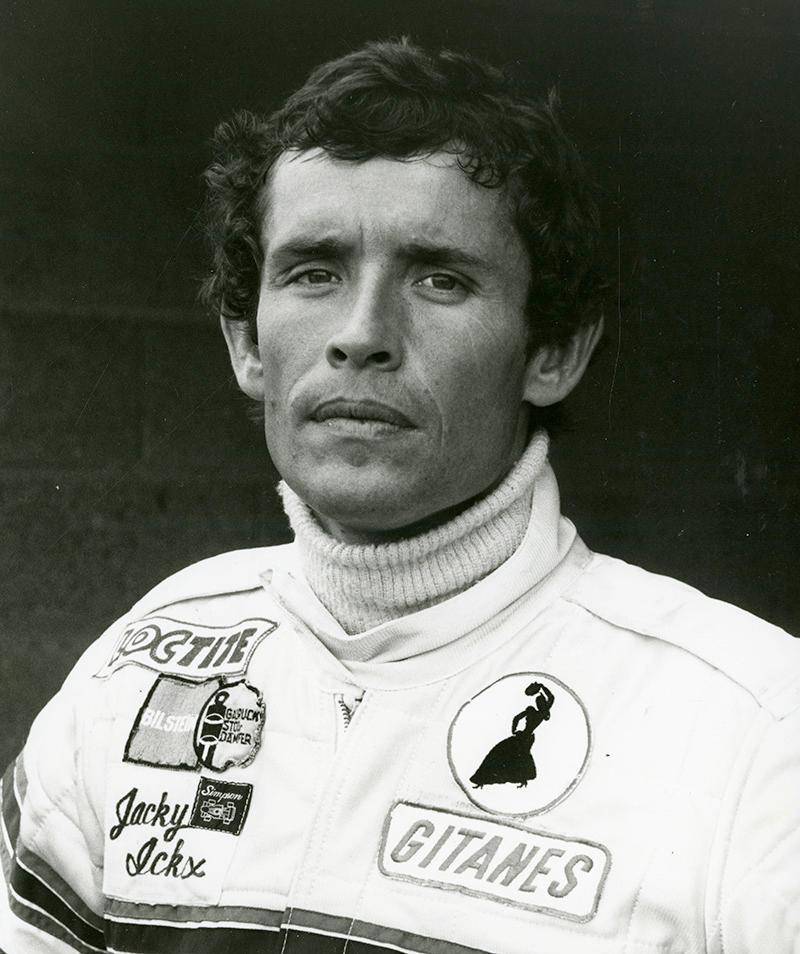