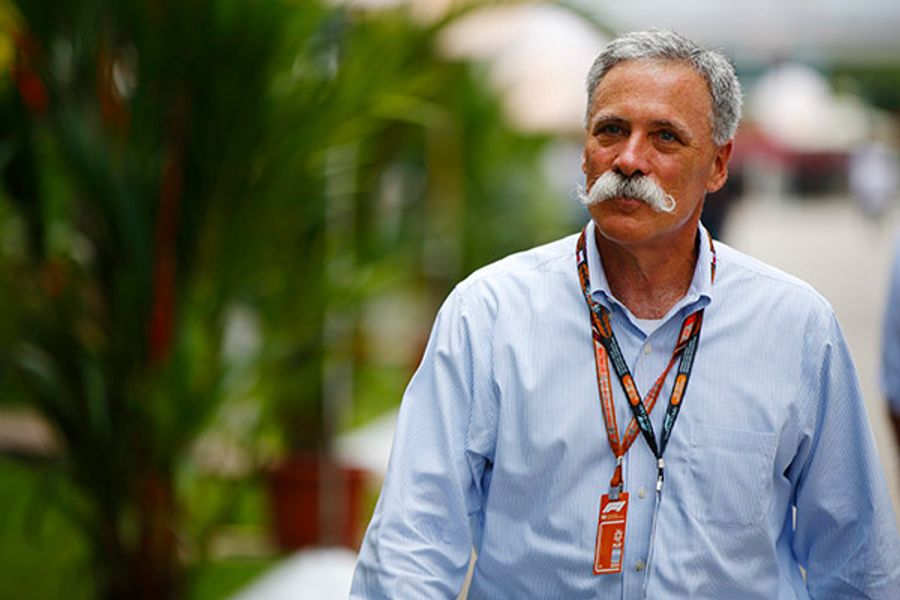 Officials from the Motorsports Hall of Fame of America (MSHFA) and Formula 1 announced today that Formula 1 Chairman and CEO Chase Carey has been named Honorary Chairman of the MSHFA’s 31st Induction Ceremony Presented by Firestone, the crowning event of the MSHFA’s two-day, multifunction 2019 Induction Celebration, March 11 – 12, in Daytona Beach.

Carey will preside over the black-tie gala Tuesday, March 12, and open the awards portion of the evening with a keynote address before heading to Australia for the season-opening 2019 FIA Formula One World Championship™ Grand Prix at the Albert Park Circuit in Melbourne, March 15 – 17.

“We are honored to have Mr. Carey join us in Daytona Beach for the 31st Annual Motorsports Hall of Fame of America Induction Ceremony,” said MSHFA President Ron Watson. “That he was even able to accept our invitation to be Honorary Chairman so close to the 2019 Formula One season-opening race halfway around the world means a great deal to all of us and will no doubt be appreciated by this year’s Inductees and the hundreds of other guests from all walks of motorsports in attendance.”

An Irish-American career executive, Carey begins in 2019 his third season at the helm of the Formula One World Championship™. He has held his current position since January, 2017, succeeding Bernie Ecclestone, after Liberty Media completed its acquisition of Formula One Group.

“It is a great honor for me to be nominated Honorary Chairman of the 2019 Motorsports Hall of Fame of America Induction Ceremony, an event that more than any other, celebrates the amazing and prestigious history of motorsport in the USA,” Carey said. “Formula 1 is an integral part of that history, even if it does not yet have the impact it has in Europe for example. In fact, one of our specific objectives is to make this sport even more popular in the USA, unleashing what we really believe is the greatest racing show on the planet.”

Carey continues the recent tradition of industry-leading and championship-winning motorsports personalities filling the Induction Ceremony Honorary Chairperson role since the MSHFA moved to Daytona from its original home in Detroit four years ago.

Last year’s 30th Anniversary Induction Ceremony featured Mario Andretti (MSHFA Class of 1990) as Honorary Chairman. The three-time IndyCar Champion and former Indianapolis 500 and Daytona 500 winner is also the last American to win a Formula One World Championship, which he did with Colin Chapman (MSHFA Class of 1997) and Team Lotus in 1978.