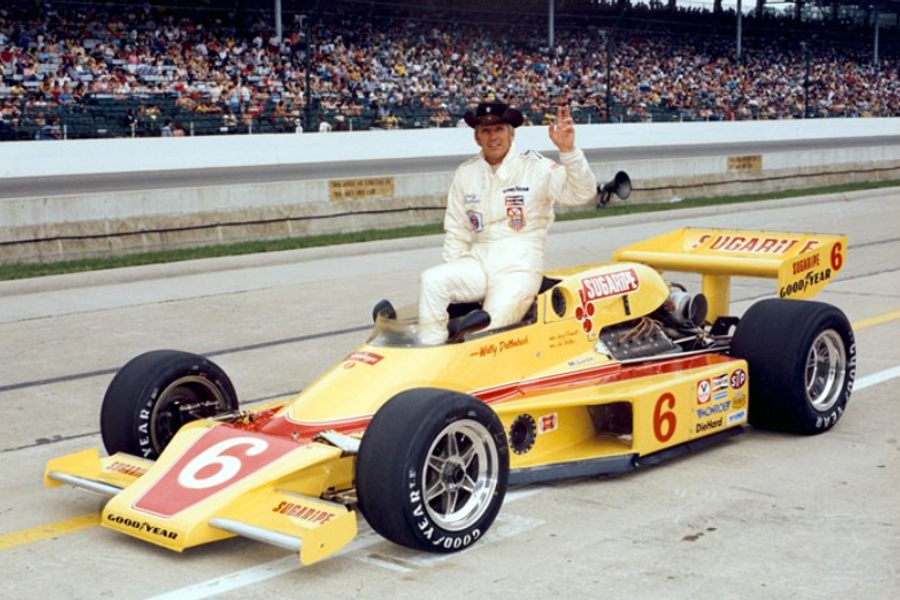 On March 17, a humble, self-effacing man who became a top IndyCar driver and went on to establish himself by many estimates as the best chief steward in the history of American racing, will be inducted into the Motorsports Hall of Fame of America (MSHFA).

"Wally Dallenbach was an outstanding driver," says MSHFA President George Levy. "But the work he did as chief steward changed racing and saved lives. Few have had a bigger impact on the sport."

A self-made racer from New Jersey, Dallenbach competed in dragsters, stock cars, midgets and sprint cars before making his name as the winner of five IndyCar races with the team owned by 2018 inductee U.E. "Pat" Patrick in the mid-'70s, including the 1973 California 500 (pictured at left in collage below). During this time Dallenbach moved west to Colorado and started the Colorado 500 charity motorcycle ride - now in its 45th year - before retiring in 1980 to become CART's chief steward.

Over the following two decades Dallenbach built a reputation as a cool-headed, even-handed steward who spearheaded improvements in all aspects of motor racing safety. With the help of doctors Steve Olvey and Terry Trammell and safety directors Steve Edwards and Lon Bromley, he developed the sport's most progressive, state-of-the-art safety and medical team. By working closely with the teams and car builders, Dallenbach and his group also influenced improvements in car and cockpit construction, especially better ways to absorb energy on impact.

Dallenbach was so trusted that Princess Diana left her two sons, Prince William and Prince Harry, with the Dallenbachs at their Colorado ranch during a visit to the United States.

"The big thing that I'm especially proud of is that I had my part in improving safety," Dallenbach told Gordon Kirby, author of the excellent Racemaker Press biography Wally Dallenbach: Steward of the Sport. "Back in those days (some of the other sanctioning bodies) had their head in the sand and we were moving ahead. We were the innovators and eventually, after they lost some people, they learned from us." 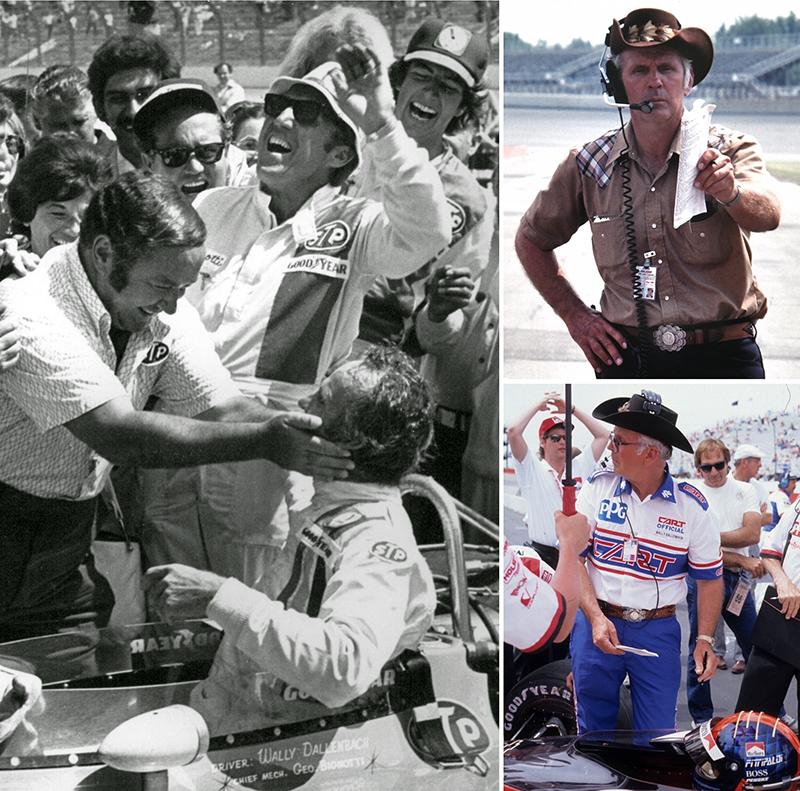 "Wally was the unrivaled master of all chief stewards," Ganassi said. "When you look at safety and who drove it, you look at people like Bill Simpson (MSHFA Class of 2003), Wally, and the guys who did the HANS device. Wally is right there at the top of the ladder as a leader in safety. Wally is a humble guy but he's a giant in the industry. He had a larger impact on the sport than 99% of the people in motor racing."

Adds 1990 inductee Mario Andretti: "Wally was highly respected. He was a voice of reason, one that you could disagree with but at the same time have a healthy debate with. He supported all the efforts to improve car safety and build CART's medical team. In fact, he was a leader in that way and set the standard for the sport that stands to this day."