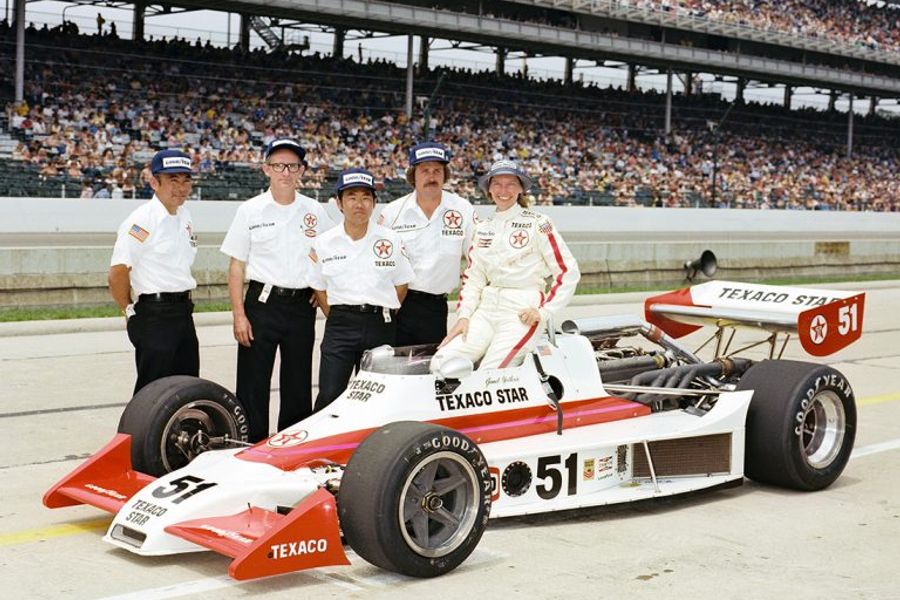 Driving legends Janet Guthrie and Dale Earnhardt comprise the 2020 inductee class of the Indianapolis Motor Speedway Hall of Fame. The two drivers – who pushed forward the envelope in motorsports in very contrasting ways – will be honored at the 2020 IMS Hall of Fame Induction Ceremony and Indianapolis 500 Oldtimers Dinner presented by Firestone on Thursday, May 21 in downtown Indianapolis.

The two were chosen from a ballot of 14 nominees by a distinguished panel of more than 140 auto racing journalists, participants and historians.

“Once again the Indianapolis Motor Speedway Hall of Fame voting panel has chosen two outstanding people who played direct roles in elevating the Speedway, both behind the scenes and in the public eye,” said Tony George, chairman of the board of directors of the Indianapolis Motor Speedway Foundation, which operates the IMS Museum. “Dale Earnhardt’s embrace of the Brickyard 400, especially in 1995 Victory Lane, further elevated the race as a premier NASCAR event, while Janet’s courage, professionalism and driving talent led the way for greater female participation in motorsport.”

Guthrie’s (seen above after qualifying for the 1978 ‘500’) role as a motorsports pioneer cannot be understated. An accomplished road racer before coming to Indianapolis, her historic tenure at IMS began in 1976 when she became the first female assigned to a car on the entry list. She didn’t make a qualifying attempt but returned in 1977 and became the first female qualifier in race history. Guthrie finished ninth in 1978, the best finish by a female until Danica Patrick’s fourth-place result in 2005. Her result was even more remarkable given that Guthrie cracked her wrist several days before the race, secretly wore a cast and essentially drove an Indy car one-handed for 500 miles.

Guthrie is also the first female to drive in a NASCAR event on a superspeedway, competing in the grueling 1976 World 600 at Charlotte. The following February, just three months before her first Indianapolis 500 start, she was the first female ever to drive in the Daytona 500, finishing 12th. She had 10 finishes of 12th or higher in NASCAR in 1977, scoring a career-high of sixth at Bristol.

Guthrie earned her pilot’s license at age 17 and spent six years as a research-and-development engineer in the aircraft industry and was a candidate for the NASA space program until the agency made it mandatory for astronauts to possess a doctorate. 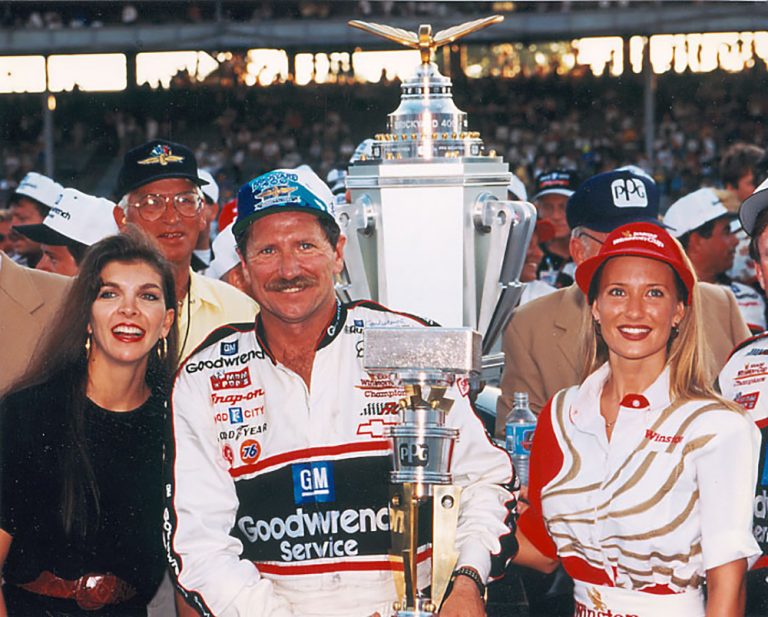 Earnhardt – one of the most successful and respected figures in motorsports history – amassed an impressive record at the Brickyard 400, earning five top-10 finishes in just seven starts, including an extremely popular win in 1995. His NASCAR career is well documented: seven NASCAR Cup Series championships, tying Richard Petty for the most in history (later equaled by Jimmie Johnson), plus 76 Cup series wins, including the 1998 Daytona 500.

Earnhardt made his Cup series debut at the 1975 World 600 but wasn’t full time until signing with Rod Osterlund Racing for the 1979 season. His rise to stardom was meteoric from there, winning 1979 Rookie of the Year honors and his first Cup championship in 1980.

Earnhardt suffered fatal injuries in a final-lap accident at the 2001 Daytona 500, yet his persona and legacy continue to shape the sport. He was part of the NASCAR Hall Fame’s inaugural class in 2010 and has been inducted into numerous motorsports Halls of Fame.