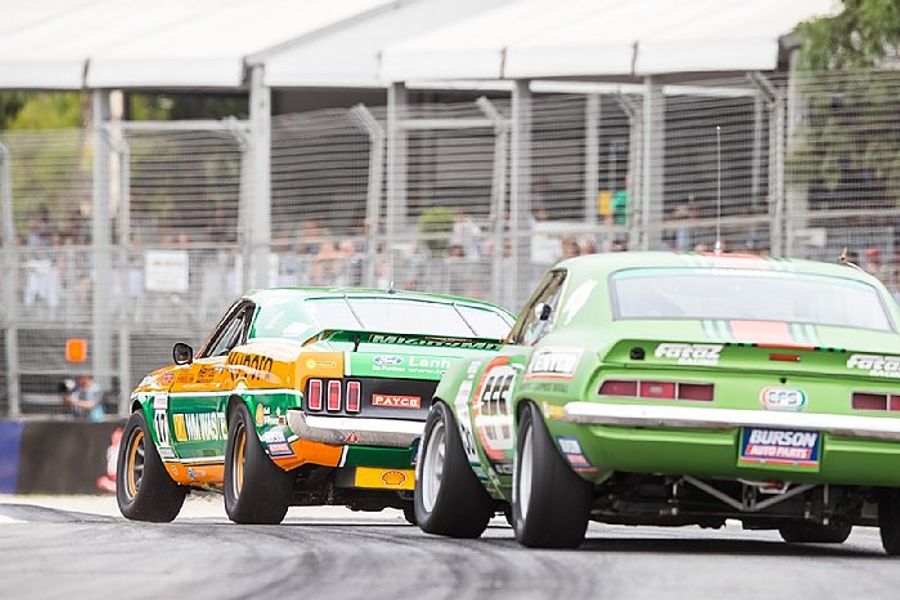 Concerted attacks from old and new rivals alike couldn’t stop Steven Johnson from kicking off his search for a third Paynter Dixon Touring Car Masters series title in style at the Superloop Adelaide 500. Three wins from the three championship races delivered Johnson the first Adelaide clean sweep by a driver since 2009, and his first since he won all three races in Tasmania early last year.

Adam Bressington commenced his campaign with second overall while Ryal Harris was third in the ProMasters class in an impressive debut for his EFS Camaro. Harris pressured Johnson throughout Sunday’s final race of the weekend and finished second – despite starting from the third row after being penalised 15 seconds following contact with Rob Hackwood in race two. 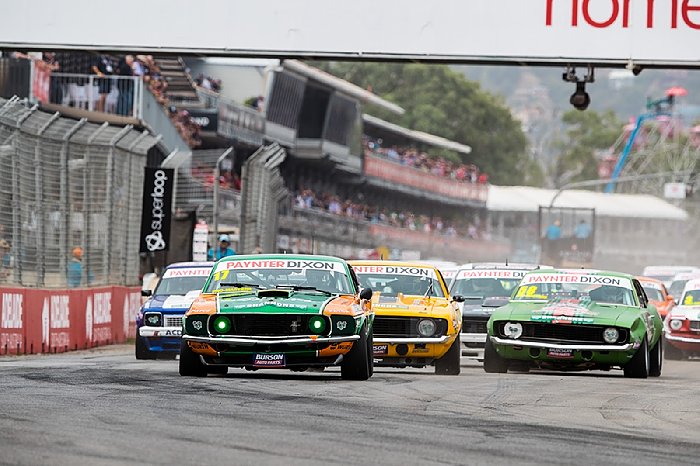 Jim Pollicina won the ProAm class with a series of impressive performances in the MoComm Communications Torana thanks to finishes of fifth, third and fourth across the three races. Bruce Williams was second in ProAm while Rob Hackwood was third in a positive start for the Wellpro Racing campaign.

On debut, Jeremy Gray won ProSports in the Bilstien Torana, Leo Tobin and Aaron McGill completing the podium.nGray’s impressive result, in a one-off round driving a Holden before the anticipated debut of his new Ford Capri Perana, came also on the debut of the new TCM Category engine, a six-litre powerplant designed as an affordable entry-point to the category.

After beating Bressington to the line by one second in both races one and two, Harris’ similar 1969 Camaro was Johnson’s key challenger in the final race on Sunday afternoon.
He stormed from fifth to second on the opening lap, making up three positions off the start and then passing Bressington at the final corner at the end of lap one. He then chased Johnson for the remaining nine laps, applying considerable pressure to the defending champion.

Johnson broke his own Adelaide lap record on the seventh lap as he attempted to break away, though Harris remained persistent and finished just 0.9 seconds behind. Three wins secured Johnson his 14th TCM round victory and his first on the iconic streets of Adelaide, exorcising the demons from last year when on-course to win before broken wheel studs sidelined him within sight of the flag.

Bressington was third in the finale – securing him second overall – while Jim Pollicina and John Bowe completed the top five. Bowe’s result was impressive given he started at the back of the field following an engine change in the Paynter Dixon Torana.

Gomersall, Williams, Gray, Tilley and Freestone completed the top-10 in race three. Once again the battle for the back half of the top 10 was fiercely competitive as a group of Torana’s squabbled over spots in the top 10. Marcus Zukanovic was also in the midst of the action early in the race, his XD Falcon running fifth before running up the escape road at turn four and slipping down the order.
The impressive recovery effort from Bowe’s team has him sitting fifth in class in what was ultimately an exercise in damage limitation this weekend.

The next round of the Paynter Dixon Touring Car Masters series will see the tour return to the iconic Phillip Island Grand Prix circuit for the first time since the 2016 season, where Eddie Abelnica (Race One) and John Bowe (Races 2 and 3) shared the wins. 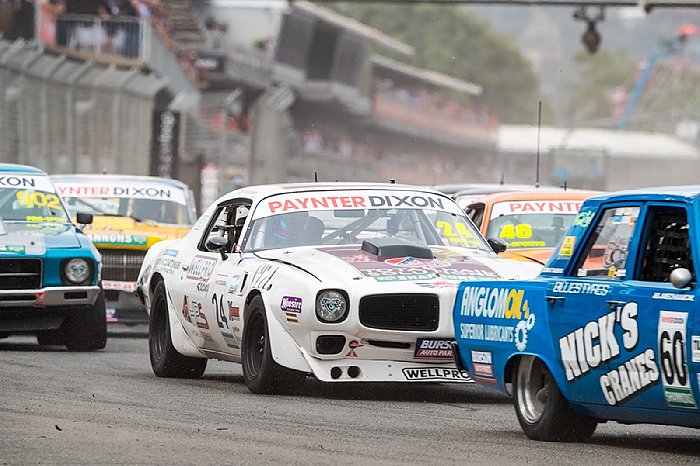