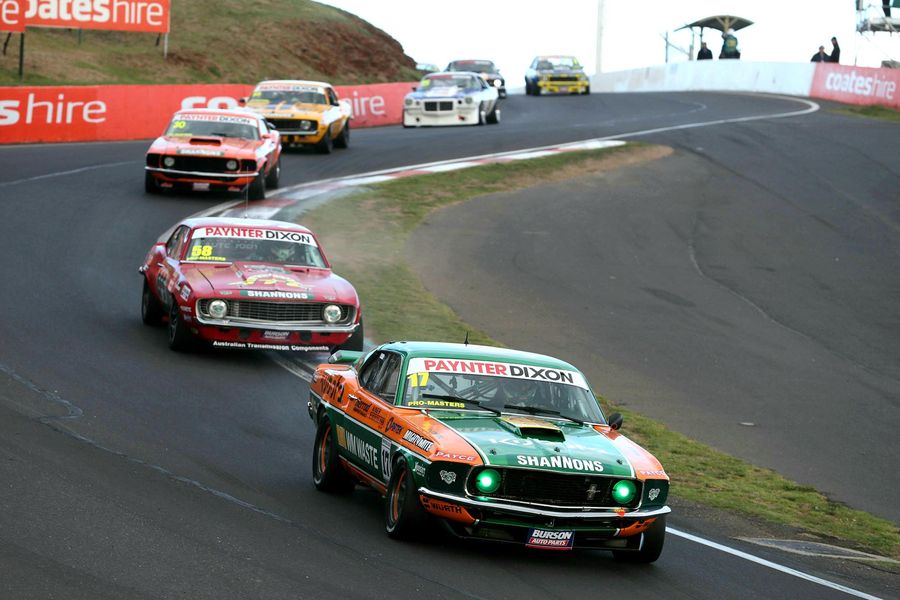 Steven Johnson has won his eighth race of the 2019 Paynter Dixon Touring Car Masters season, but had to complete arguably the pass of the season in order to do it.

Starting from pole, Johnson’s No. 17 Mustang burst into wheelspin on the rolling start allowing Ryal Harris’ EFS Camaro to burst through from the second row of the grid and take the lead up Mountain Straight. However, as the field emerged from the Cutting and raced uphill to Sulman Park, Harris’ car battled for traction and opened the door for Johnson.

Taking the opportunity, the Mustang nosed down the inside of Camaro and set in place a remarkable battle that took in some of the most challenging corners in the sport. The pair raced door to door though Reid Park, Metal Grate and the high-speed left hander at McPhillamy before Johnson nosed in front at Skyline to take the lead he’d never lose.

As the race settled down Harris and Seton commenced a battle for second, allowing Johnson to extend a narrow lead.

Starting third, Fogg slipped to sixth on the opening lap but began to make his move forward by the third of six laps, moving to fifth, before passing Adam Bressington for fourth a lap later.

In a remarkable charge, the vastly experienced Kiwi smashed the TCM lap record on the fifth lap as he hauled in the battling Harris and Seton – the new benchmark standing at 2m16.2291s; a full 1.2 seconds quicker than John Bowe’s existing best. He passed Seton on the beginning of the final lap before grabbing Harris on Conrod – falling short of getting a cruising Johnson as they crossed the line.

With Johnson, Fogg and Harris the top three, Seton was fourth and a flying Andrew Anderson fifth in arguably the drive of the race. Starting 12th, Anderson moved to 11th on lap one but then began dispatching cars in his Pinepac XE Falcon. He was sixth by lap three and then drove past Adam Bressington on the last lap to grab a top five. 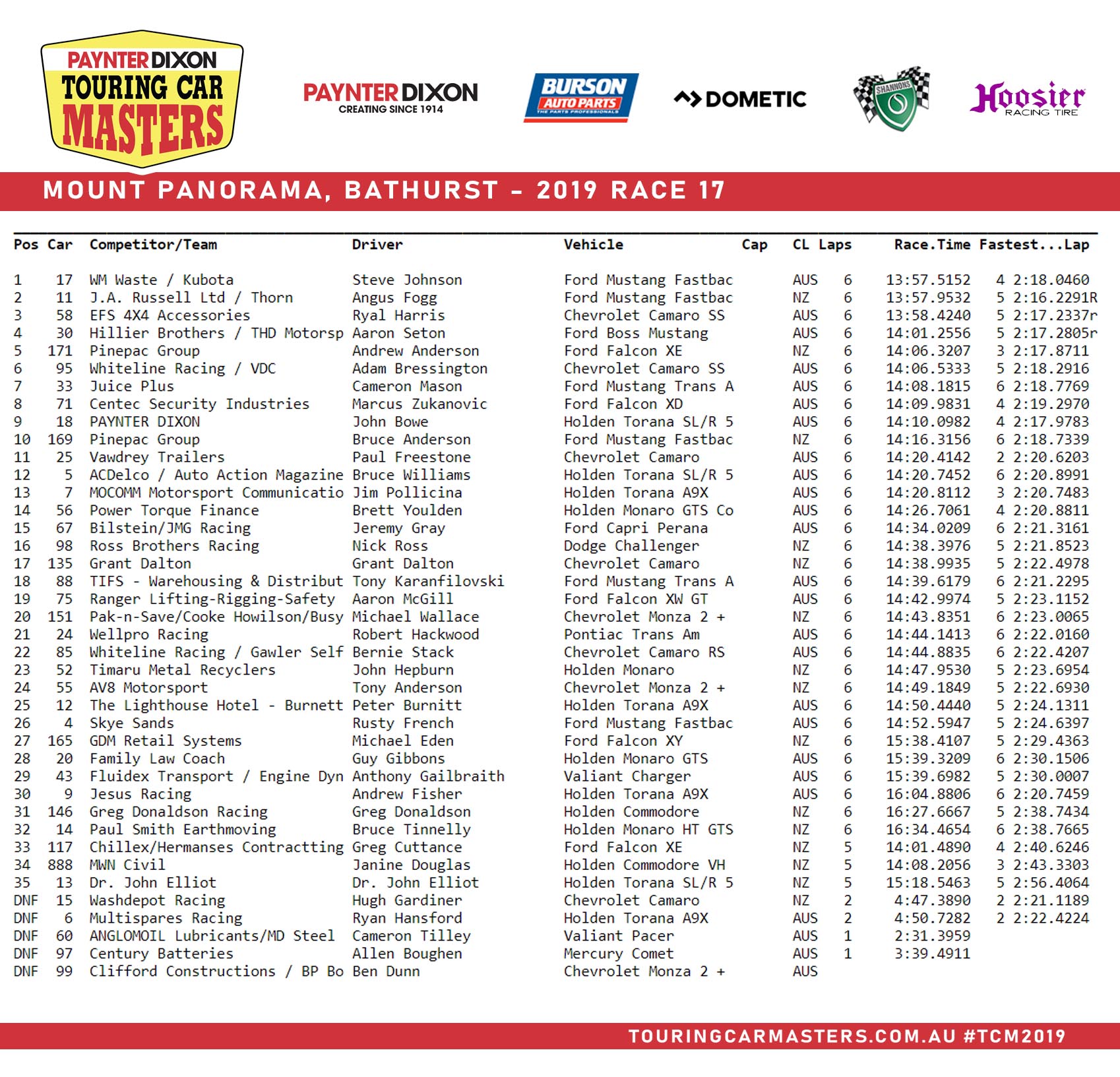