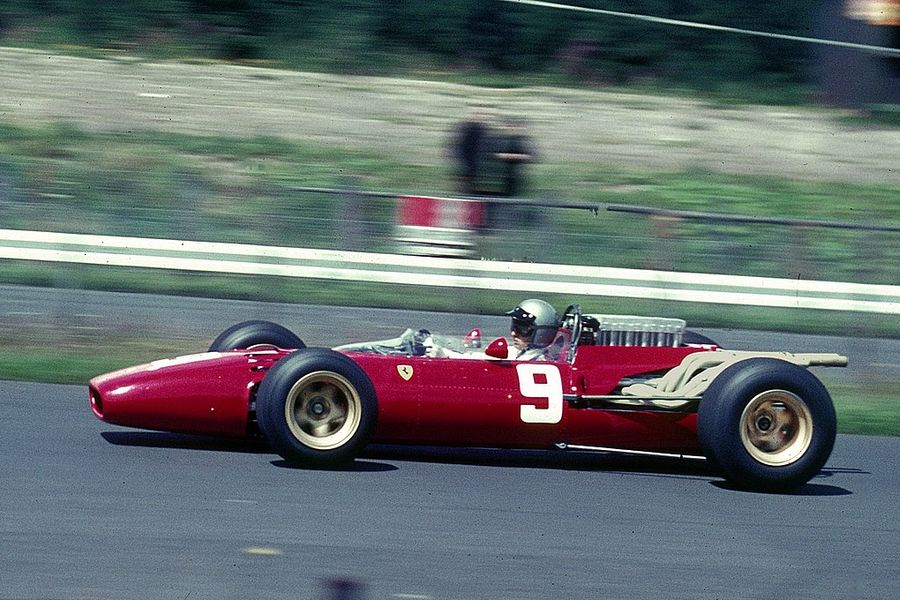 Lorenzo Bandini was born, of Italian parents, as one of those unfortunate souls whose birthday fell on Christmas Day in what was then Italian-controlled Libya.

Having lost his father when he was fifteen he did not have the silver-spoon start in racing that many of his contemporaries enjoyed, indeed he started making motorbikes. Not for him the luxury of a single seater route to the top, indeed his first racing car was a Fiat 1100. However, as so often happens, talent floated to the surface and his first significant success was a class victory in a Lancia Appia Zagato in the 1958 Mille Miglia.

By 1961 his talent was beginning to shine and he entered the fast growing Formula Junior grid with a front-engined Stanguelini, going on to win the championship.

The beginning of his rivalry with nemesis Giancarlo Baghetti came when they were both in contention for a much-prized Ferrari junior seat. Baghetti got the call and Bandini went to drive for the famous but relatively under resourced Scuderia Centro Sud run by ‘Mimmo’ Dey. Driving an ex-works Cooper T53, Bandini gave a good account of himself, in spite of the 1500cc Maserati engine which was installed instead of the original Coventry Climax unit. Bandini’s world championship was at Spa in 1961.

Now Lorenzo Bandini’s career began to fly. He was hired at the end of the year by Ferrari and made his Grand Prix debut at Monaco in 1962, finishing an astonishing third. In those days there wasn’t a fixed line-up  of Ferrari drivers, the Commendatore liked to swap them around to keep them on their toes, and not feel too comfortable, and it wasn’t until the German Grand Prix that he got another drive. He retired the car and then his final outing of the year was in Italy. His debut season as a works Ferrari driver consisted of races at (old) Spa Francorchamps, Nurburgring Nordscleife and Monza!

However the Grand Prix dream seemed over, when he was hired by Ferrari again for 1963, but only as a sports car driver. He returned to Centro Sud and their hand-me-down race cars, which, for 1963 were ex-works BRMs, painted Italian red. The sports car career really took off though, with Bandini and new race partner Ludvico Scarfiotti winning the Le Mans 24 Hours in a factory Ferrari 250P, 13 laps ahead of the second placed car (the GTO now owned by Nick Mason). The Bandini/ Scarfiotti also went on to finish second in the Targa Florio.

1963 gave Ferrari the clues they needed. Excellent results in sports cars were supported by a strong showings for Centro Sud and Lorenzo’s appointment to the Ferrari GP team was confirmed for 1964.

The 1964 season saw Bandini move between the glorious Sharknose 156 and its successor the 158, driving both with style and aplomb, sufficient to see him win the Austrian Grand Prix. The following year, 1965, was a turbulent one at Ferrari and John Surtees left the team mid-season which led to Bandini’s promotion to number one driver. 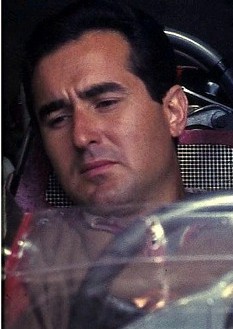 Bandini started 1966 in the 2500cc 246 F2 derived car but then graduated to the new V12 312 from the French Grand Prix onwards. Unreliability of the new car saw him finish a lowly ninth in the World Championship, far further down the order than his talent indicated should be the case. Although 1966 was not Ferrari’s best year but strong drives from Lorenzo Bandini saw him rated as one of the top drivers in Formula One at the time.

The Ferrari team did not enter the season-opening South African Grand Prix in 1967 (there was no requirement to compete in all Grands Prix at the time) and hence the team’s first race of the year was at Monaco. Bandini put his marker down early, he qualified second behind Jack Brabham’s Repco-Brabham. But it was Brabham’s team mate Denny Hulme who took the lead, with Bandini in pursuit.

On the 82nd of the scheduled 100 laps, he made the smallest of errors coming into the chicane on the waterfront. His left rear tyre touched the barrier as the back end stepped out of line and in an instant a huge accident took place. The spinning car hit a lamp post which turned it over with the hapless Lorenzo trapped, injured, underneath. Marshals eventually removed him from the burning wreck as the race continued around them. Indeed the race completed the scheduled 100 laps despite the mayhem.

But Bandini was hopelessly burned and died three days later. Was he one of the greats? Probably not, but on his day he was one of the best around.