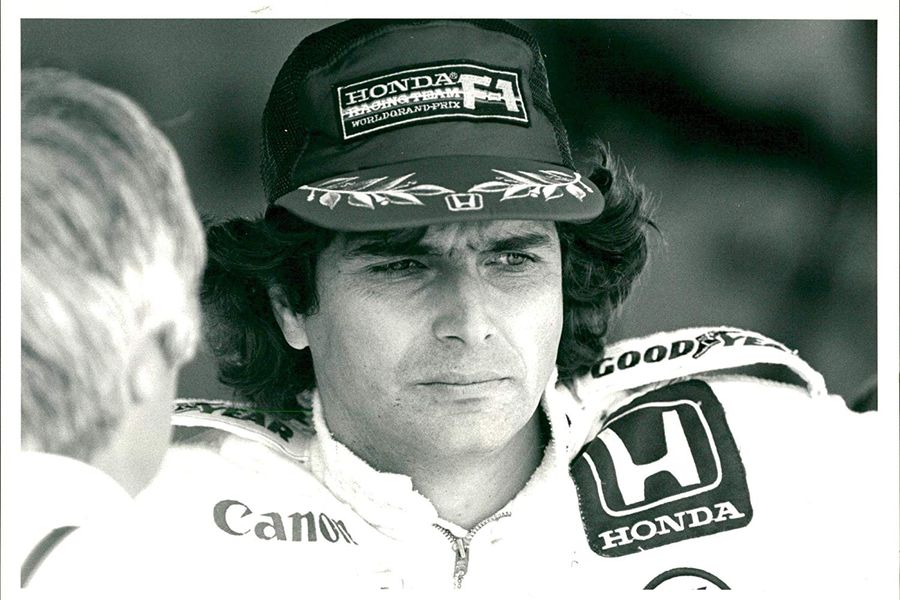 Triple Formula One World Champion Nelson Piquet was born this day in 1952, an accomplished racer who was always looking for any advantage over his rivals, and who won 23 Grand Prix in a period which featured some of the most famous Formula One stars.

Having raced karts and Super Vee single-seaters in his native Brazil, Piquet came to Europe in 1977 and jumped straight into Formula Three, winning two races in the European championship once his team had switched to using a Ralt chassis. The next season saw him in F3 again, this time racing in the UK, and a season-long battle with Derek Warwick saw them take a title each – though Piquet was also focussed on beating compatriot Chico Serra who had a high-profile back in Brazil.

While still racing in F3 Piquet made his Formula One debut, driving for Ensign at the German Grand Prix in July 1978, running 12th when his engine expired. He next appeared for the BS Fabrications team in their ageing McLaren M23, his only finish from three races a ninth at Monza. The significant drive for Piquet came at the season-closing Canadian GP in October, taking ninth driving a third Brabham, with team regulars Niki Lauda and John Watson both retiring from the race.

Spotting his potential, he was full-time with the Parmalat Racing Team, as Brabham were known at the time, for 1979 alongside Lauda, and he announced his arrival with a second place in the non-championship Race of Champions at Brands Hatch in April. The new BT48, the team’s response the ground-effects Lotus, was a difficult car to tame and combined with the revised Alfa Romeo engine a reliability nightmare, Piquet scoring the team’s first points with a fourth at Zandvoort in August.

The new Ford-powered BT49 was tested by Piquet at Thruxton on the 20th of August, the team having broken their ties with Alfa, and the Cosworth V8-engined car was used for the final two races of the season though without a finish for Piquet. The shock of the season came at the Canadian GP when Lauda retired from racing after Friday practice – but the team already had a new leader waiting in the wings.

An updated BT49 was his mount for 1980, and Piquet showed his elevation to the front rank of drivers with three wins and second in the driver’s points behind Alan Jones. He did even better in 1981, this time three wins enough to give him the title – the championship only decided when he brought his BT49C home fifth in the final race of the season at the Caesers Place Grand Prix in a converted Las Vegas car park. 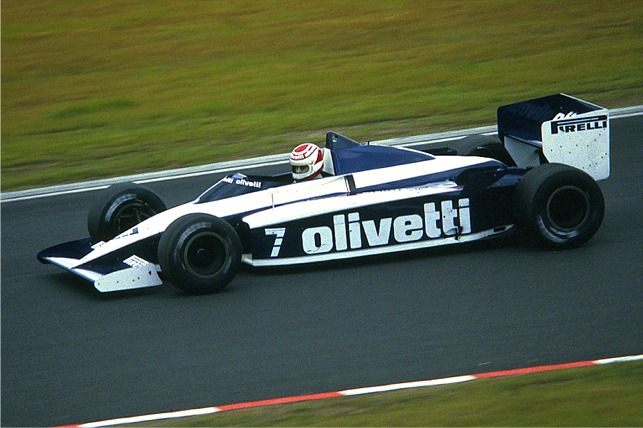 Brabham were quick to realise that the days of the Cosworth V8 were waning and ran the BMW turbo-charged engine in the majority of races in 1982, Piquet retiring his BT50 in six of the last seven races, a fourth place at Dijon the highlight of the season.

The trials of 1983 paid off the next year when again Piquet took the title at the very last race – this time the South African GP – in the BMW-powered Brabham BT52, the familiar three wins seeing him finish two points clear of Renault’s Alain Prost.

Wins in the next two seasons for Brabham reminded everyone of his pace but yielded no better than fifth in the drivers’ championship, and for 1986 he moved to Canon Williams to drive their FW11 and its potent Honda V6. Teamed up with Nigel Mansell, he became a villain in the eyes of the British press, not without some justification as Piquet was not always the easiest person to work with, while Mansell was determined not to be the unthreatening number two driver – prompting a fierce rivalry.

The Williams had a new-spec Honda and benefitted from Patrick Head’s evolution of lessons learnt from the FW10, and was the best overall package in Formula One, taking nine wins and 11 fastest laps from the 16 races. Piquet won at home in Brazil to start the season in style, but was overhauled at the top of the points table when Mansell won at Brands Hatch in July, then responded with wins in the next two races in Germany and the maiden Hungarian GP.

The season famously came to a head at the final race of 1986, the Australian GP at Adelaide. Mansell was six points clear of the consistent Alain Prost and seven ahead of Piquet, but a spectacular blow-out at high-speed on Dequetteville Terrace put him out, and Williams pitted Piquet for a precautionary tyre change. Prost took the win in his McLaren, and the title, and Piquet was convinced that the refusal of the team to manage the driver rivalry through the year had cost them the driver’s title – a sentiment possibly echoed by Honda who announced that there were taking their engines to McLaren from the end of 1987.

Piquet was well aware that meant 1987 was a big opportunity and he might not have the equipment to challenge once Honda had moved on, and did exactly what he needed to score points and take the title. New was the reactive suspension on the FW11B (Williams called their suspension ‘reactive’ as Lotus had registered the term ‘active suspension’!) that controlled ride-height, and again Honda had coaxed more power from the V6.

While Mansell demonstrated his pace with five wins, Piquet focussed on scoring points, taking three wins but seven second places, and with Mansell retiring five times and not starting the final race in Japan, the title was his by twelve points (best 11 scores counting under the system of the time). 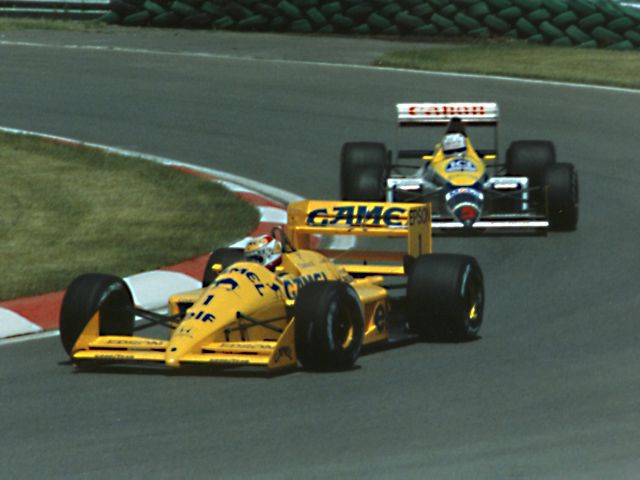 Piquet had already let the team know he was leaving, slipping a note under the hotel room door of Frank Williams in Hungary. He headed to Camel Team Lotus for two seasons, the first with the familiar Honda engine, neither of which delivered another win. 1990 saw him driving for the up-and-coming Benetton Formula team, closing the season with a reminder of Piquet at his best with wins in Japan and Australia.

His final season of F1 was with Benetton in 1991, the highlight a win in Canada and he left the team at the end of the season. An offer to drive for Team Menard in the 1992 Indianapolis 500 saw him crash heavily pre-race, foot and ankle injuries hospitalising the Brazilian. He returned for 1993, qualifying 13th but retiring early with an engine issue.

He raced intermittently, taking eighth at the Le Mans 24-Hours in 1996 in a McLaren F1 GTR, and retired from the race the next year. In 2006 he won the Mil Milhas endurance race Brazil in an Aston Martin DBR9 GT1 car, sharing with Christophe Bouchet, Helio Castroneves and son Nelsinho – declaring it his last race after the finish.

That he could be a triple champion when raising against drivers such as Mansell, Prost and Ayrton Senna proves Piquet one of the greats, although his tendency to look for any advantage over his rivals, in or out of the car, has left him with a reputation as a prickly customer. He was focussed on what he was there to do, which was win, and was a driver who delighted in having any sort of technical advantage and would ruthlessly exploit it to the maximum.

We spotted this entertaining interview on YouTube courtesy of Goodwood Road and racing Club, a relaxed Piquet giving his opinions on a number of topics!

One This Day Brabham Nelson Piquet Formula One