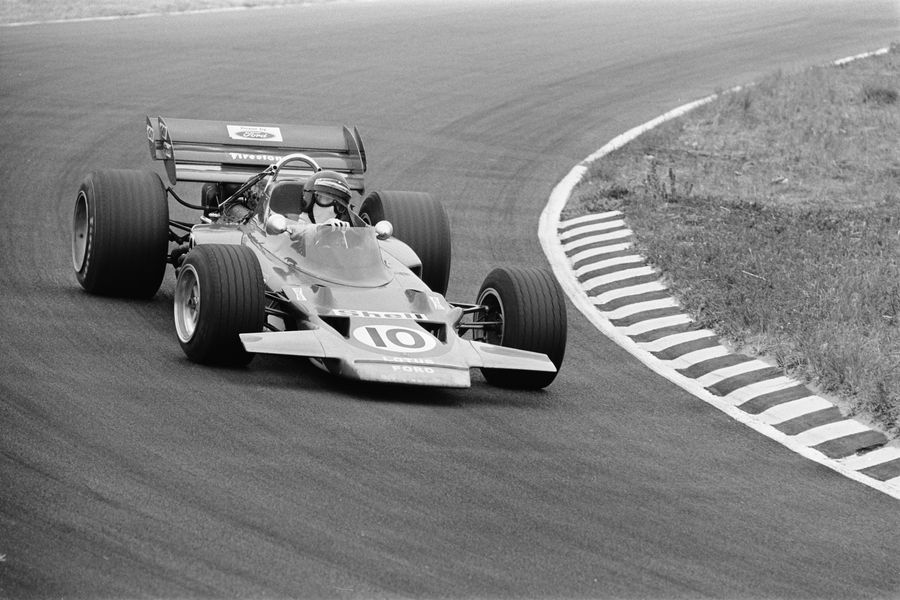 Jochen Rindt was born this day in 1942, 1970 Formula One World Champion, taking five of his six Grand Prix wins in a sadly abbreviated season, but also a Le Mans winner and known as the ‘King of Formula Two’.

The Austrian racer is most remembered today for the sad epitaph of being the only ever posthumous Formula One World Champion, Rindt sustaining fatal injuries when his Lotus 72C speared off the track on the Saturday afternoon as he braked from speed for the Parabolica corner. There was never any doubt that it was a mechanical failure, the team experimenting with different aerodynamic set ups to match the pace of the Ferraris and Rindt running without wings and with gearing set to give him a 205mph top speed.

The accident was blamed on a front brake shaft failure – the Lotus 72 ran inboard front brakes – but the official enquiry also pointed blame at a badly installed crash barrier. Deny Hulme in his McLaren was also on track and running close to Rindt:

“Jochen was following me for several laps and slowly catching me up and I didn't go through the second Lesmo corner very quick so I pulled to the one side and let Jochen past me and then I followed him down into the Parabolica, [...] we were going very fast and he waited until about the 200 metres to put on the brakes. The car just sort of went to the right and then it turned to the left and turned out to the right again and then suddenly just went very quickly left into the guardrail.”

The scoring system in Formula One at that point saw a driver count his best six results from the first seven races and his best five from the final six, and despite Rindt not scoring in the last four races and closest rival Jacky Ickx winning twice, he had enough points to still take the title – team-mate Emerson Fittipaldi’s debut win at Watkins Glen a key factor.

Away from Formula One Rindt had already made his mark, a storming Le Mans win partnered with Masten Gregory in 1965. The pair were in a NART entered 250LM, and hit problems early in the race, Gregory pitting in his first stint after Rindt had started the car with a rough sound engine. Rindt went back out and came back saying it was only running on six of the 12 cylinders, and was actually packing to leave the circuit when the crew finally traced the issue to a faulty ignition condenser.

Popular myth  has Rindt and Gregory, by then down in 18th place, deciding to try to blow the car up so they could go home early but it surviving all the punishment, but the truth is a little more subtle. The duo in fact decided that as they were so far behind they might as well drive flat out and see what happened.

Into 14th at midnight, as other cars failed they climbed the order, and were second at daybreak behind another privateer 250LM. Rindt and Gregory were a lap down by mid-morning and lapping dramatically quicker than the Belgian amateurs in the car ahead, and went ahead for good when the lead car lost a tyre on the straight having run over debris.

The sheer pace of the fightback had taken its toll on the Ferrari however, with vibrations now affecting the steering and brakes and the engine running 300rpm down. Rindt felt Gregory was more able to nurse the car home and let the American take the final stint, suggesting later than he would never have been disciplined enough himself to bring the car to the flag.

Despite his Formula One success late in his career, in some ways it was the lighter and more nimble Formula Two cars of the period that really let him show his ability. The European Formula Two Championship that started in 1967 for 1600cc cars was his domain, and he won the opening three races of the first season and five races in all that year in his Ron Winkleman run Brabham BT23 (below).

Ineligible for championship points due to being a ‘graded’ driver, he took another six wins over the next three seasons, racing when Formula One commitments allowed, including two memorable wins at Thruxton, his March 1970 win in a Lotus 69 his final European Formula Two success. 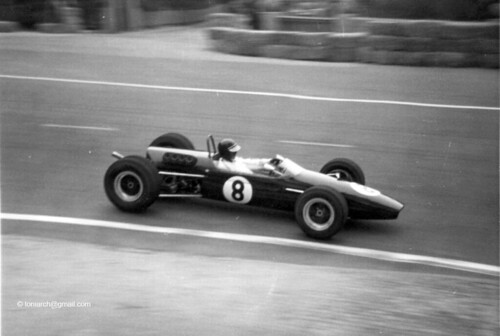