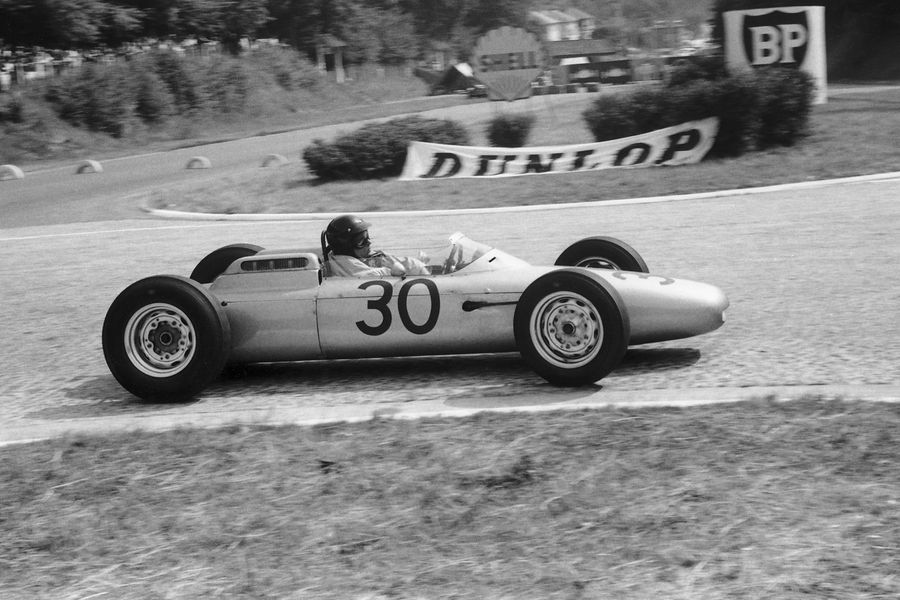 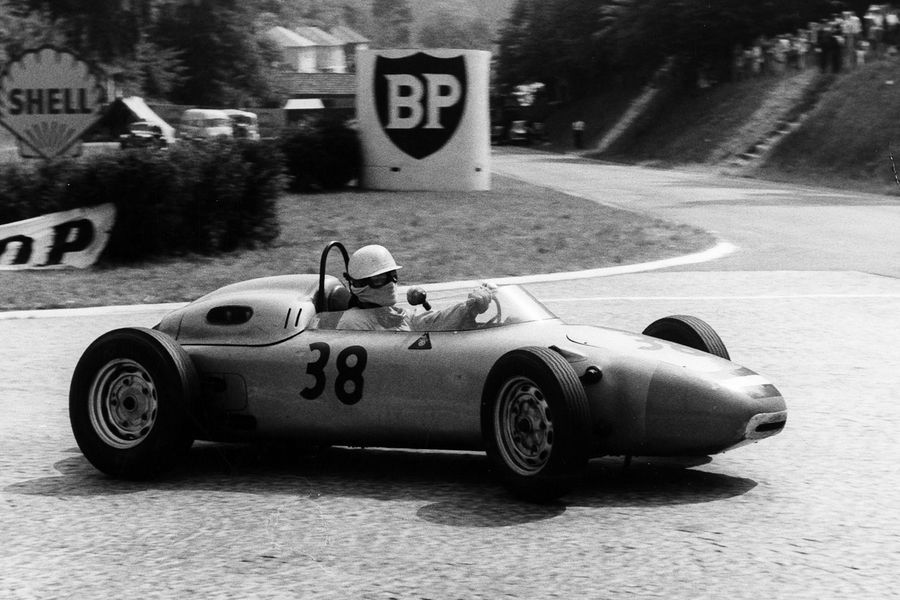 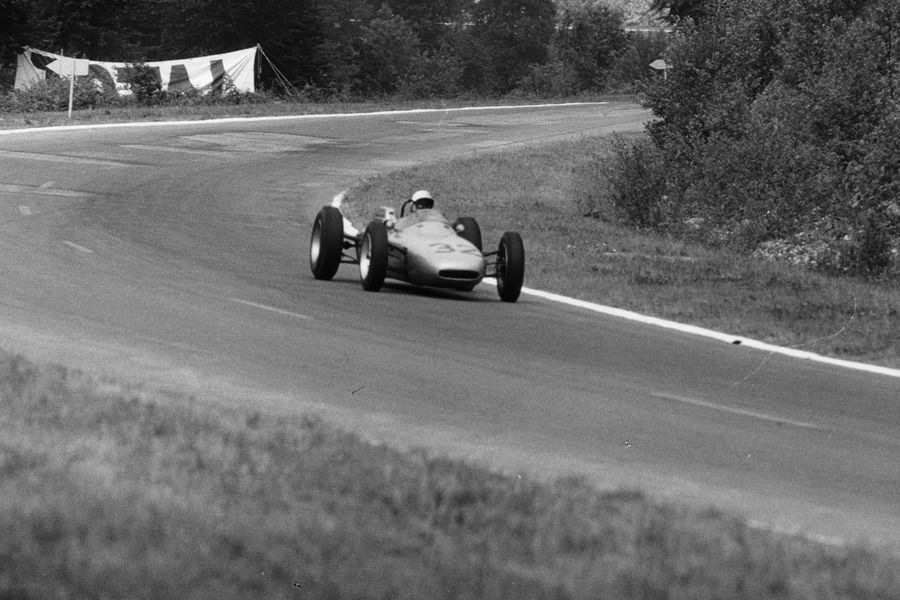 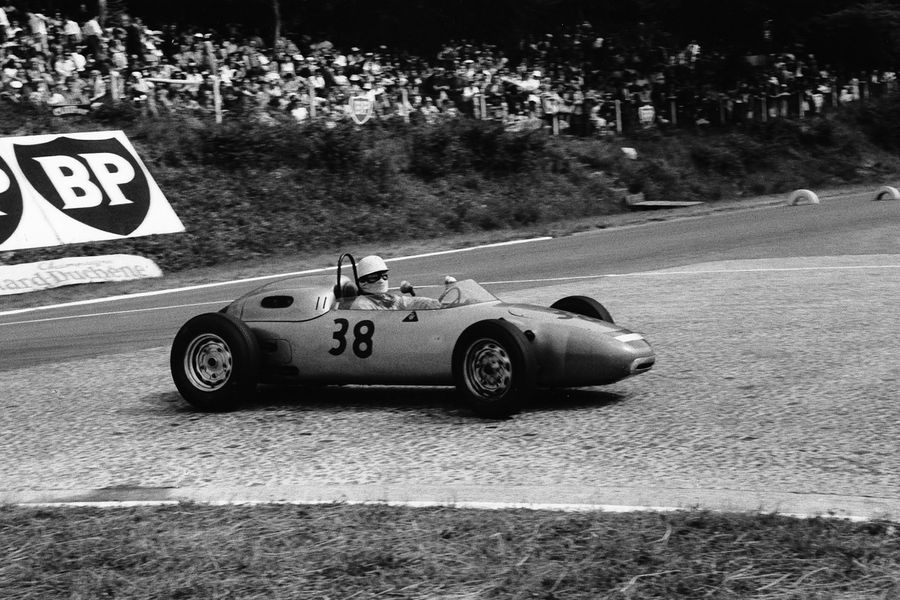 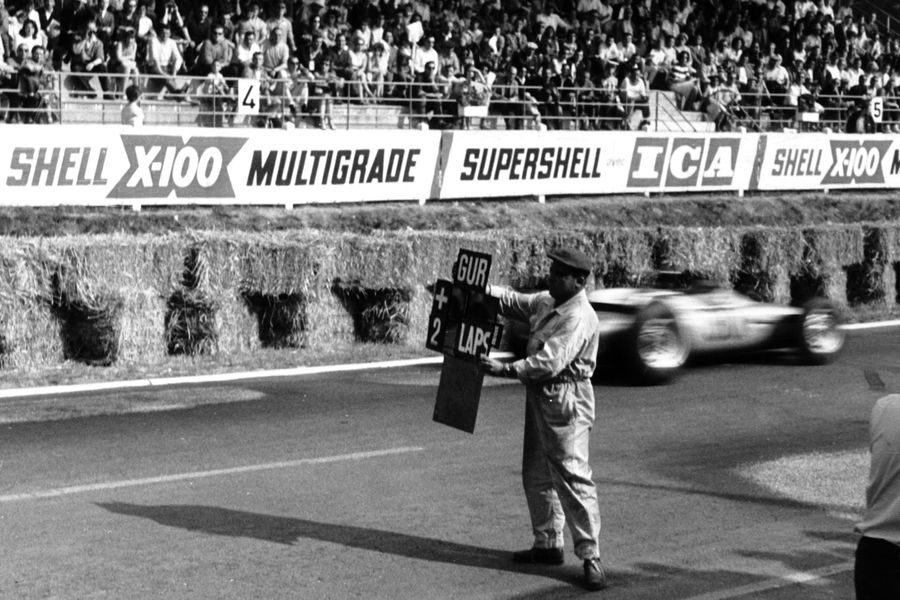 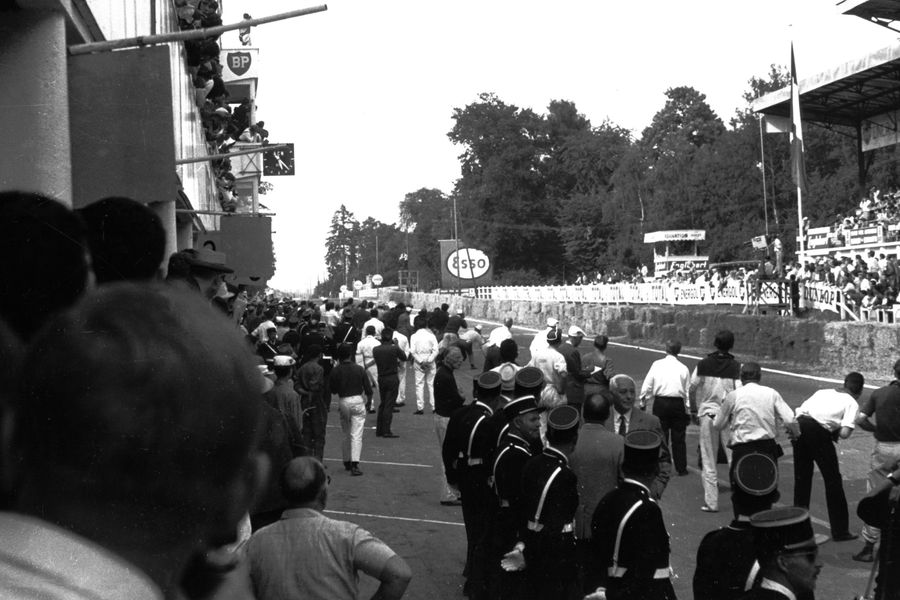 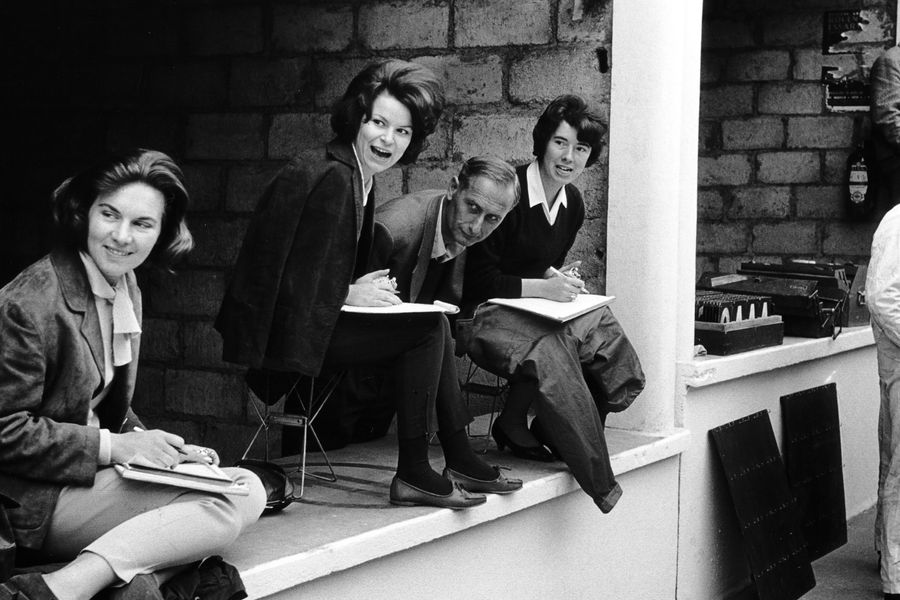 In July 1962 Dan Gurney secured Porsche its first and so far last Grand Prix win at a World Championship round at the fearsome Rouen-les-Essarts. Hugely successful in sportscars, back in the 1960s the German marque was building its own Formula One cars, and the daunting French circuit saw their only race success.

To many a Le Mans regular, the city of Rouen is little more than an inconvenience. Situated between the Circuit de la Sarthe and the rest of northern France, Rouen, with its narrow streets, tight underpasses and seemingly infinite number of traffic lights represents something of a stumbling block — trapping motorists in a location that’s as breathtakingly beautiful as it is choking.

However, this medieval city has more to offer the motorsport enthusiast than meets the eye. Quite literally, in fact.

Situated in an attractive area of woodland south-west of the city, lays what was once considered to be one of Europe’s finest racing circuits: Rouen-les-Essarts. Opened in 1950 and measuring 3.2 miles in length, this picturesque track — once home to iconic events such as the Tour de France Automobile and the French Grand Prix — was, even by the standards of the day, notoriously unforgiving.

Unlike ‘modern’ post war tracks such as Goodwood, Silverstone or Zeltweg that were built on wide, flat airbases, Rouen-les-Essarts, was an old school, naturally occurring circuit; the topography of the land creating a fast, flowing and fearsome layout, with an elevation profile that must have struck fear into the hearts of even the most seasoned drivers. Forget artificial run-off areas, gravel traps or catch fencing, drivers were either on the tarmac or in the trees, no exceptions.

It’s a reality that Porsche factory driver Dan Gurney had to come to terms with when he turned up to compete at Rouen in 1962 — the first time the circuit had held a Grand Prix since 1957: "[Rouen-Les-Essarts] is very rough on suspension, gear-train, and steering,” Gurney said in a pre-race interview. “It's a much rougher circuit than it looks like it is.”

But aside from his reservations about the state of the track surface, Gurney actually had reason to be optimistic. If anything, the rough nature of the circuit played into his hands — his Porsche 804 proving in testing to be more reliable than the quicker BRM P57s and Lotus 25s when the going got tough.

So, despite suffering from, as he put it, a “doggone cold”, Gurney suspected that his 804 Formel 1 would come good towards the end of the race, telling reporters “we may be in pretty good shape”.

And indeed, they were. Over the course of the 54-lap race, Gurney, who had qualified down on the third row of the grid, drove an ultra-consistent race to work his way towards the front of the field. And while others such as Jim Clark, Graham Hill and Jack Brabham retired with mechanical issues, Gurney’s good old 804 never missed a beat.

By the time the chequered flag came out Gurney had managed to open up a colossal gap over the following pack of Richie Ginther, Bruce McLaren and John Surtees, securing Porsche its first, and (so far) last Grand Prix win at a World Championship round; the team from Zuffenhausen pulling out of the Formula One world championship at the end of the year.

It was a short, sweet and highly significant win for Porsche and it arguably came in the middle of a golden era for a track some still consider to be France’s greatest. Not long after, in 1968, the death of prominent French driver Jo Schlesser in the French Grand Prix put an end to premier class racing at the circuit, while a number of other fatalities throughout the early 1970s brought single-seater racing at Rouen to a close.

Like a number of other road race circuits of the day, Rouen did soldier on for a time, with new configurations and the addition of a chicane at the lethal ‘Six Freres’ corner aimed at making the track safer. But in reality, these were as useful as putting a plaster on a bullet wound. By the ‘80s Rouen-les-Essarts had faded into relative obscurity, finally closing in 1993.

Today, all that marks out the location of the old circuit is a solitary bus stop sign, entitled ‘Circuit Auto’, located a couple of hundred yards away from where the old pit lane would have been. There are no statues of Dan Gurney, no track markings, no grandstands and no control towers — the latter two being destroyed by the council in 1999. Even the old pits are now used as a lumber yard.

It is still possible to retrace the steps of Dan Gurney and the other brave souls who raced between the trees — these were, and still are, public roads after all. Despite the local government trying its best to, quite literally, tarmac over history, corners such as ‘Six Freres’ and first-gear ‘Virage du Noveau Monde’ hairpin will always stand out to those that have watched archival footage.

As too will smaller details like the iconic cobblestones of the hairpin that, while being covered over in the late 1990s, have recently broken back through to the surface as the bitumen has slowly worn away, almost as if the circuit is coming back to life.

From there, it’s still possible to drive what is arguably the most rewarding section of the track — the heavily cambered bends of ‘Virage Samson’ and ‘Virage de Beauval’ allowing you to carry a good bit of speed onto the back straight — before the original track disappears into the thick foliage of the Grésil Forest. Here marks the end of the road, but not necessarily the end of the story.

Indeed it is here, in a car park located to left of the antepenultimate corner, where motorsport fans congregate each year to chat about everything from their current trip down to Le Mans, to the bravery of drivers like Hill, Stewart and Gurney who conquered this once great circuit. There may be no statues, no track markings and no grandstands here. But there is passion. And respect. Something, that ensures that Rouen-les-Essarts will never be forgotten.