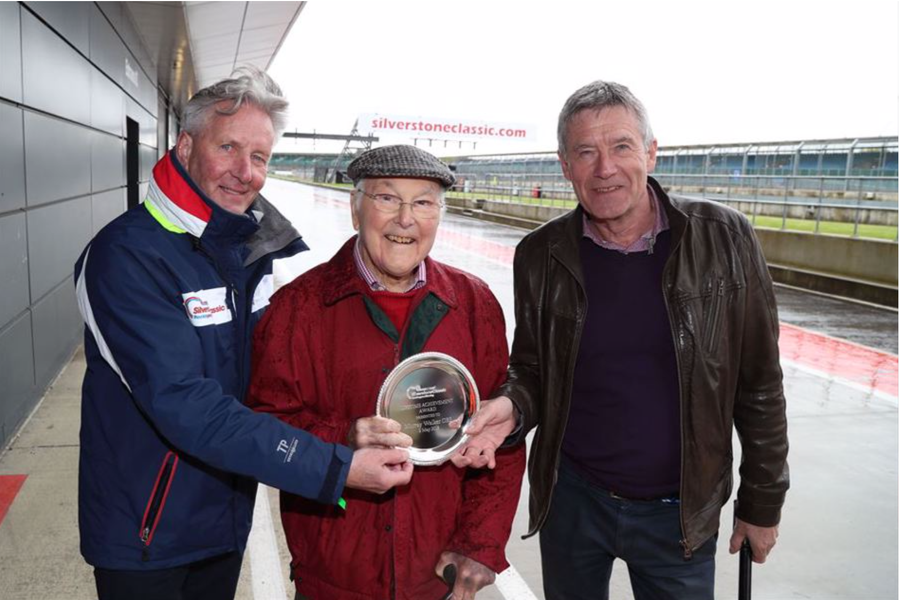 On this day in 1923 Murray Walker was born, for people across the world for many years the voice of Formula One, a man who demonstrated in every race his sheer enthusiasm for the sport and his desire to pass that excitement on to a huge audience. We hope you join us in wishing the famous commentator a very hapy birthday!

The video below from Mario Muth features Murray telling his own story way better than we could here, starting with a reminder that Murray’s background is actually motorcycle racing - a field where his father was very successful including Isle of Man TT wins.

For a while there seemed to be a cottage industry in ‘Murrayisms’ - picking up on any mistakes or oddities in his commentary, which at times felt disingenuous given he was talking live on a race which could last two hours and reacting moment by moment to what was happening as well as juggling a fellow commentator and a producer talking in his ear. Most of the HistoricRacingNews.com team have commentated, either at circuits or on TV, and can confirm that it is hard work and involves a lot of mental ball jiggling.

For me, his professionalism was summed up by an incident when he was commentating on the British Touring Car Championship for the BBC. The races were filmed on a Sunday, edited with Murray adding his commentary in the week, then go out on BBC 1’s Grandstand programme the next weekend. I was stood with Murray at the chicane at Thruxton for a BTCC race, and we witnessed Charlie Cox rolling his Ford Sierra at speed at the top of Woodham Hill.

We discussed the incident, which ended with the car actually over the circuit boundary fence, and waited for the restart. Watching the BBC edit the next weekend was a reminder of the sheer professionalism of Murray Walker - as the incident unfolded he only revealed information at the same pace as it was revealed to the viewer, he had tension and shock in his voice, and wrapped every viewer up in the tension and shock of the moment.

This from a man who knew exactly what’d happened, who was involved and the outcome - and the easy option would have been to deliver the incident in a flat voice etc., but Murray drew the viewer in, made them part of the moment and made it a reminder of how the drivers are on the edge at all times. A true professional.

On This Day Murray Walker

On This Day: The Long and Varied Career of Loris Kessel