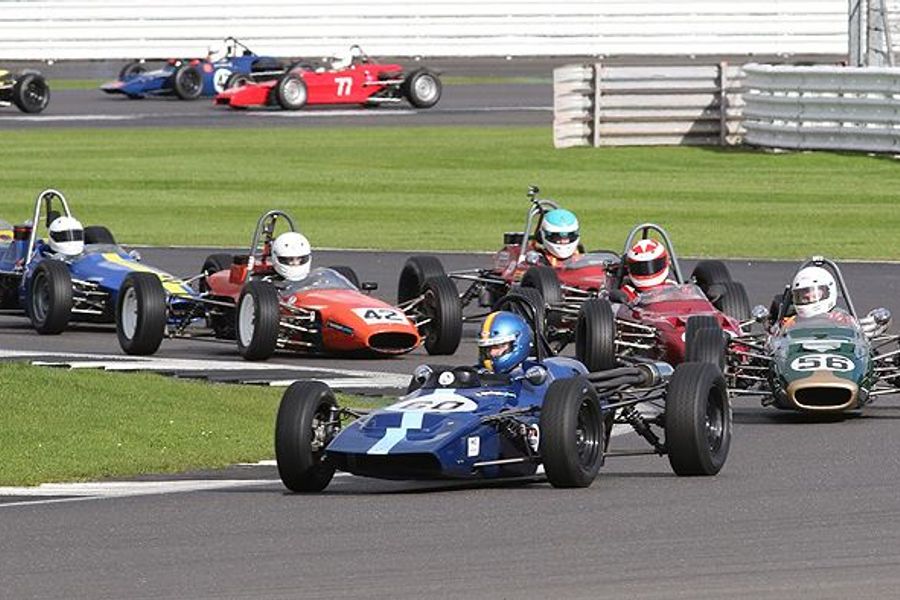 The Historic Sports Car Club’s 2017 Historic Formula Ford Championship will feature at nine race meetings next season, including a high-profile outing at the Silverstone Classic as announced this week marking the 50th anniversary of the category.
The high-profile date at the Silverstone Classic joins the Brands Hatch Grand Prix circuit meeting in July at the heart of the season for the cars from the early years of Formula Ford. The HSCC championship is for pre-1972 cars and has enjoyed a record season in 2016, capped by a 50-car entry for the final round at Silverstone in October.
The provisional 2017 calendar is:
8th April - Donington Park
20th/21st May - Silverstone GP
17th/18th June - Cadwell Park
1st/2nd July - Brands Hatch GP
21st to 23rd July - Silverstone GP
5th/6th August - Croft
26th to 28th August - Oulton Park Intl
23rd September - Snetterton
14th/15th October - Silverstone National
Grahame White, CEO of the HSCC, has stated that the plan is to run two grids at most meetings in 2017, with a target of 50 entries for every round of the championship. There will be some double-headers, giving as many as four Historic Formula Ford races over a weekend. However, the two Silverstone GP circuit events will feature one grid as the grid capacity is 54-cars.
The Historic Formula Ford category was created by the HSCC in 1992 and the inaugural champion in 1995 was Bryan Hayward (Lotus 61). As many as seven former champions, with 15-titles between them, remain active in the category.
HSCC Formula Ford Anniversary FF1600