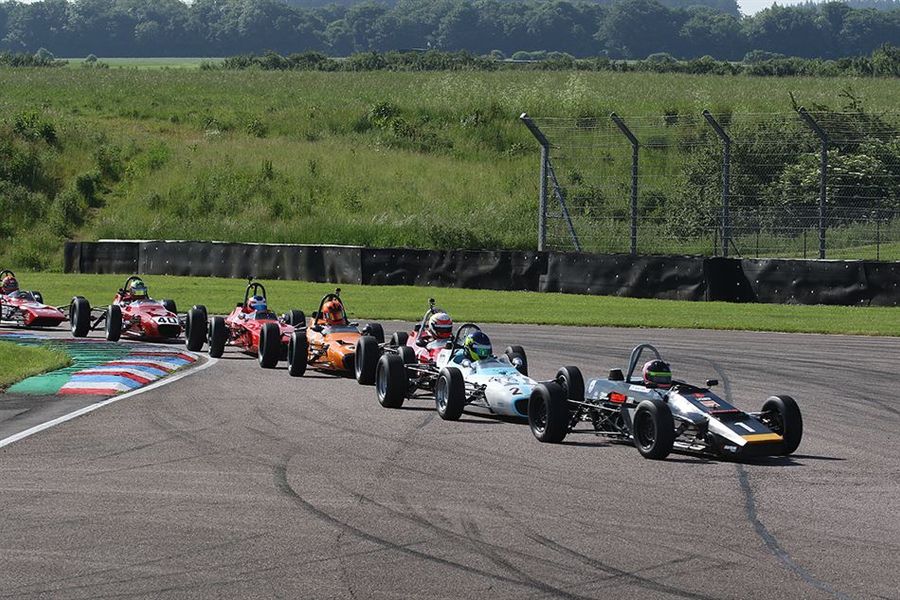 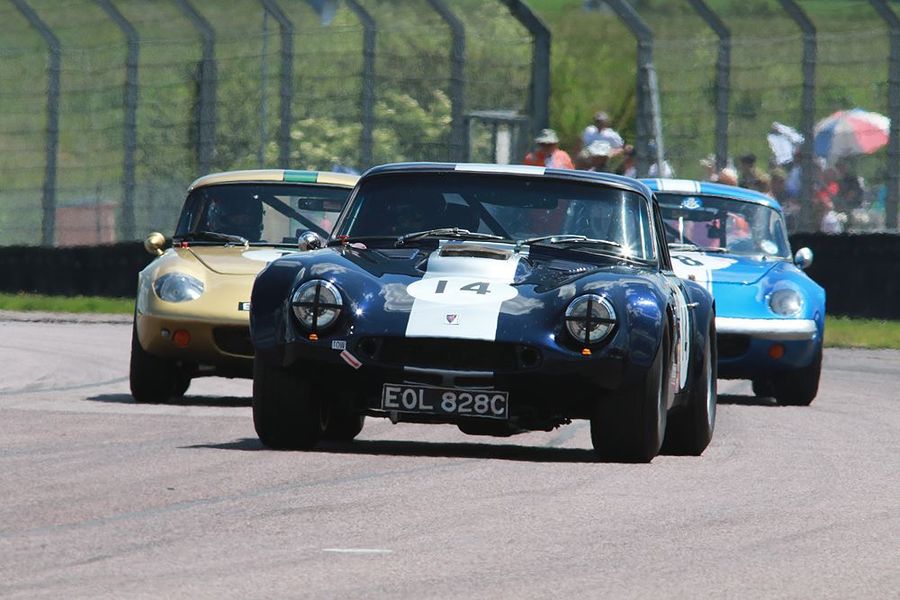 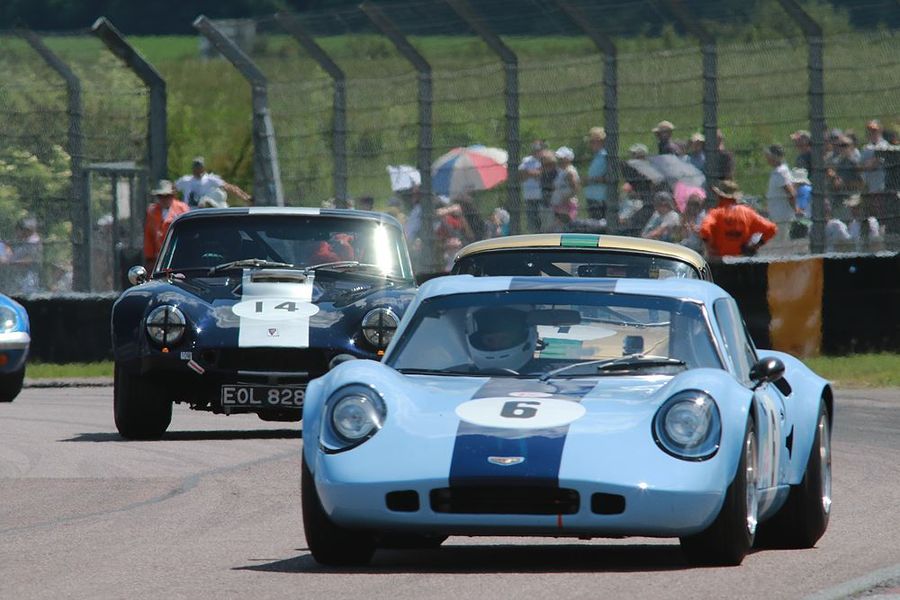 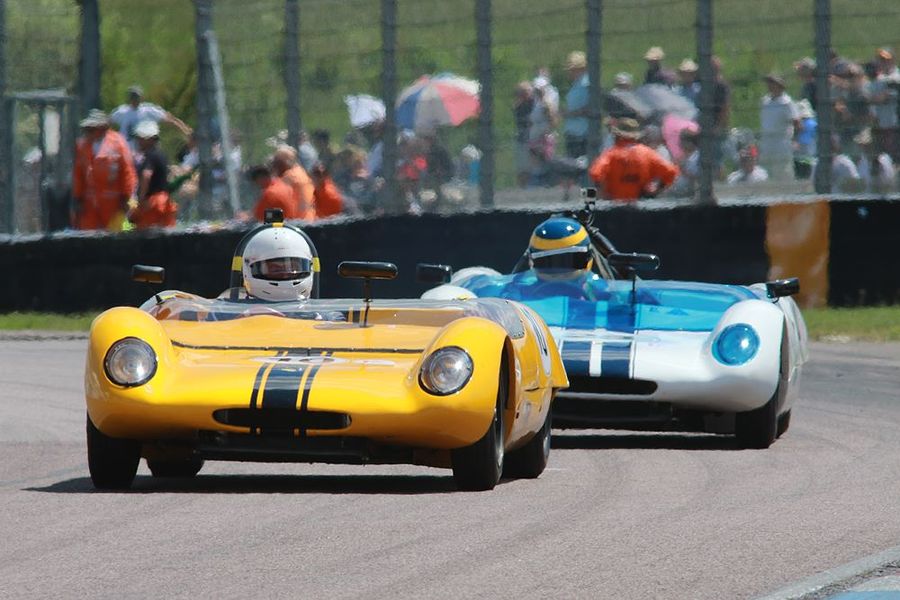 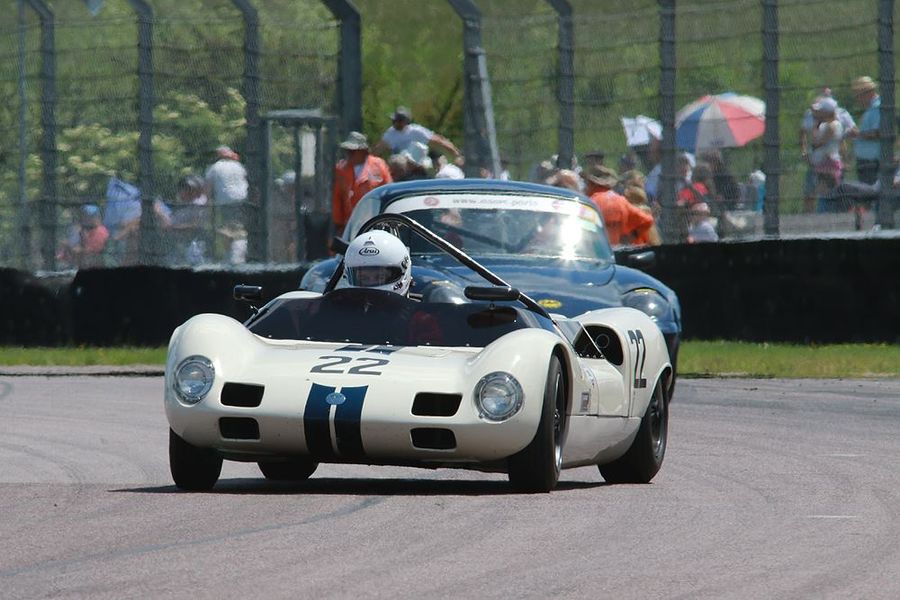 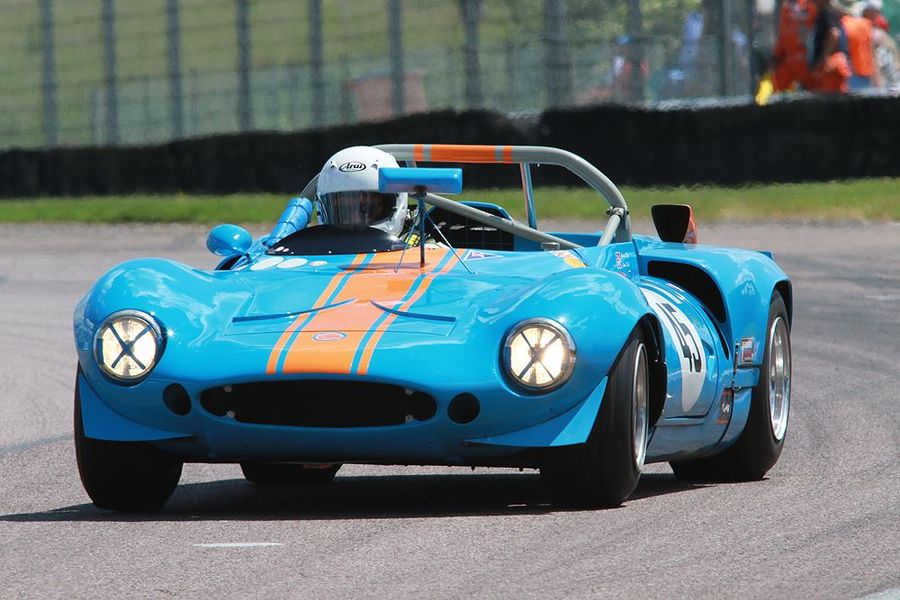 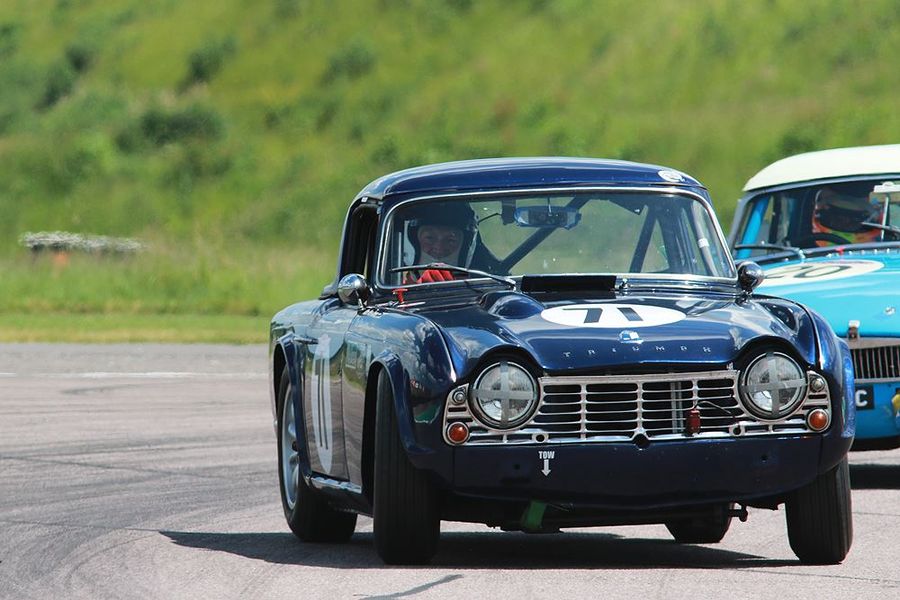 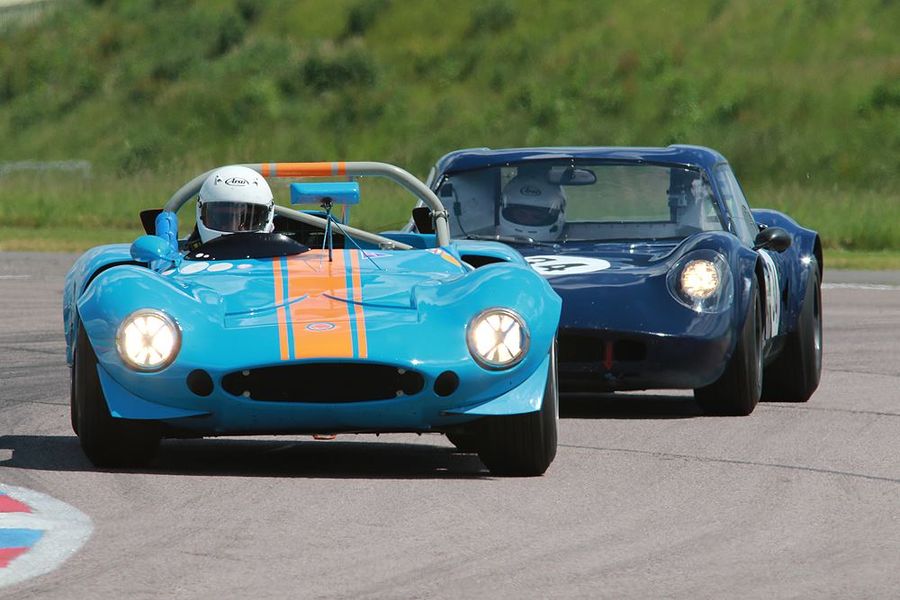 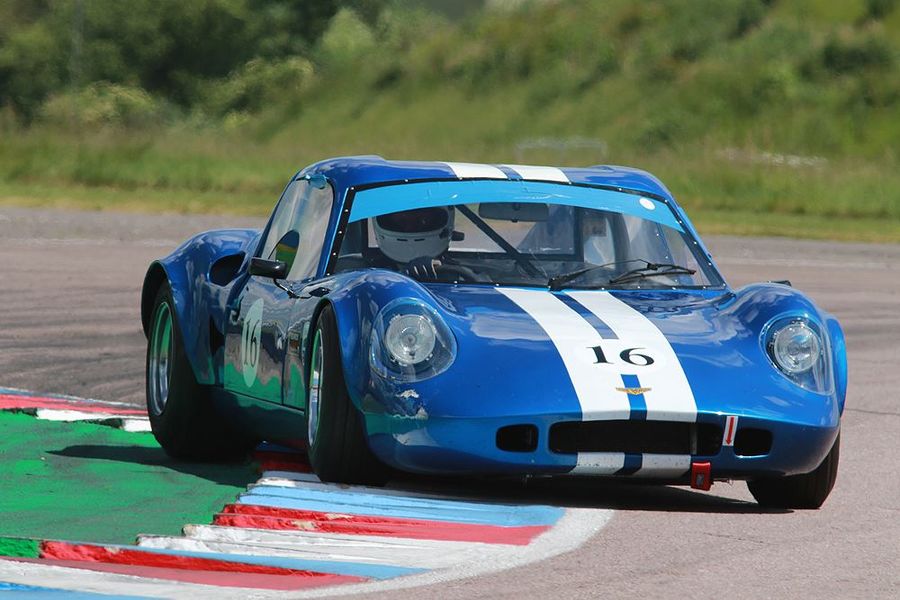 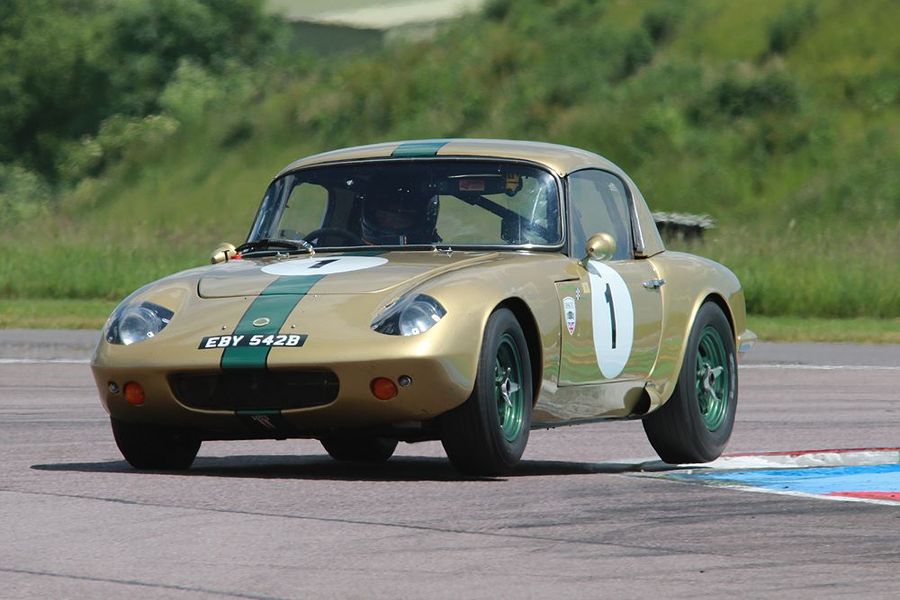 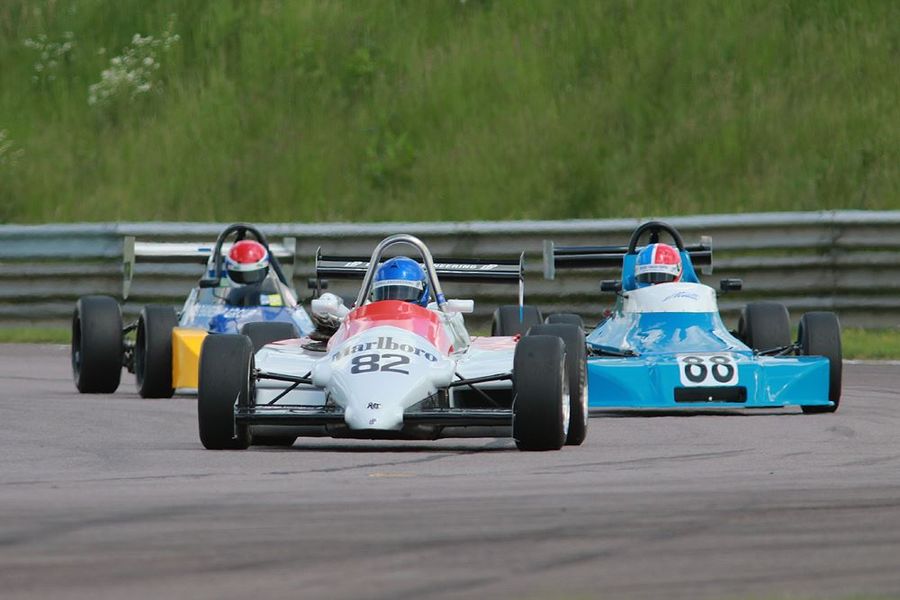 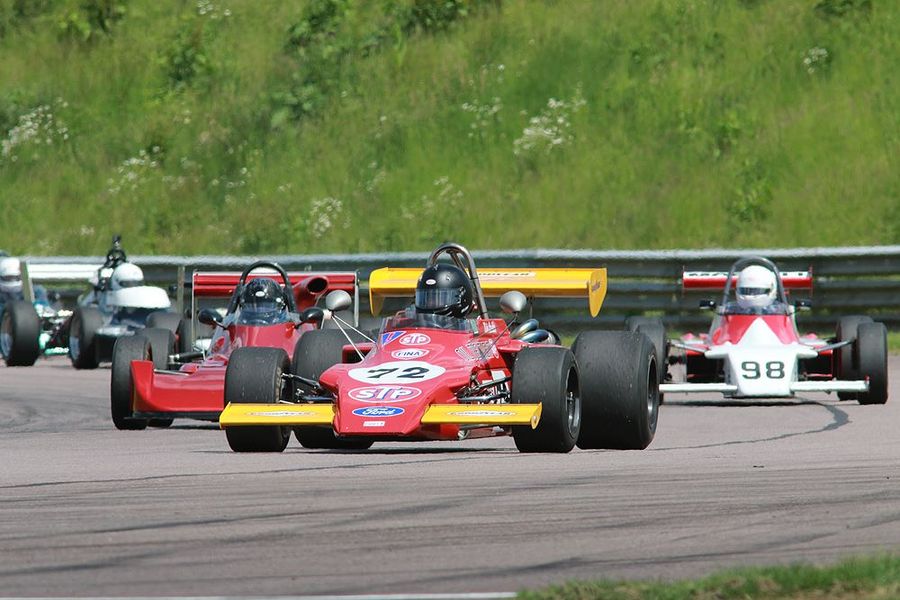 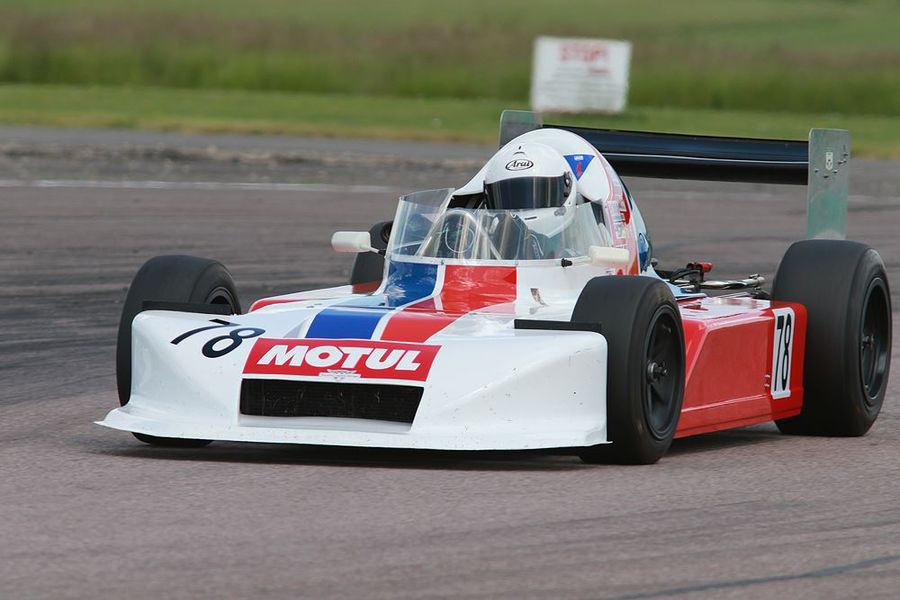 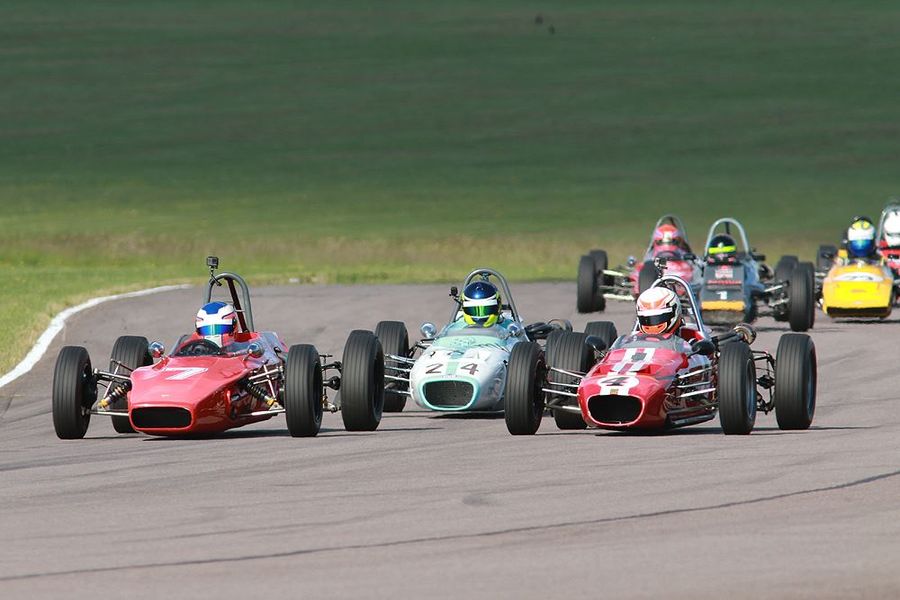 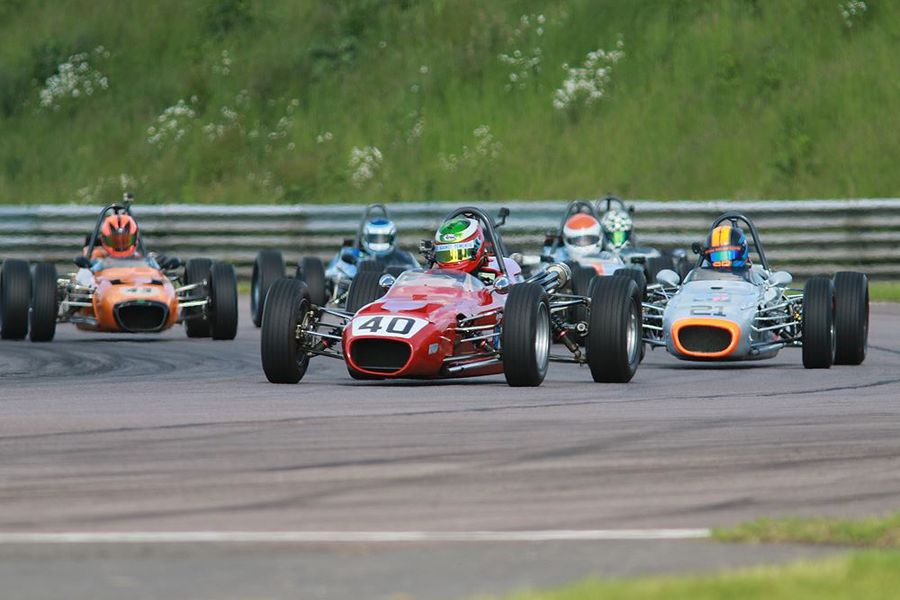 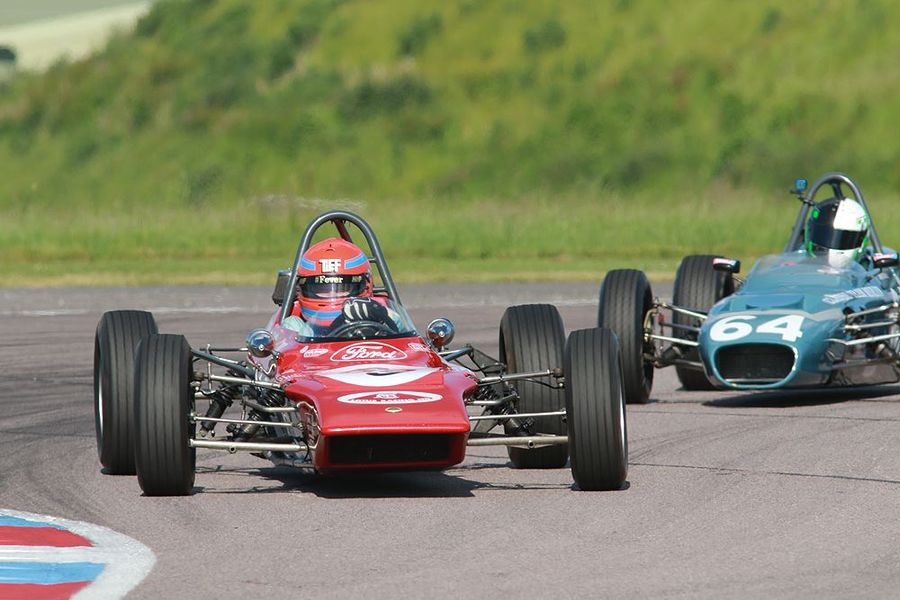 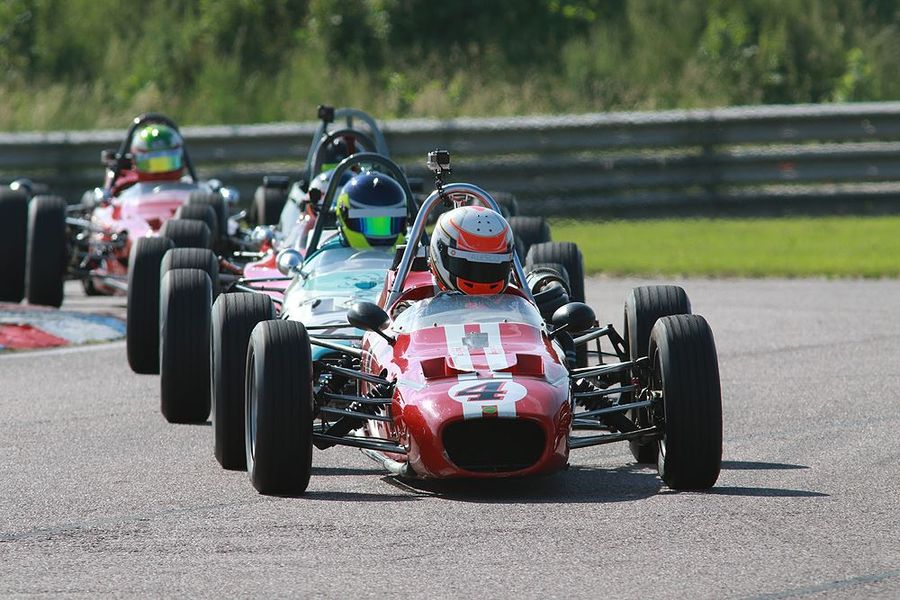 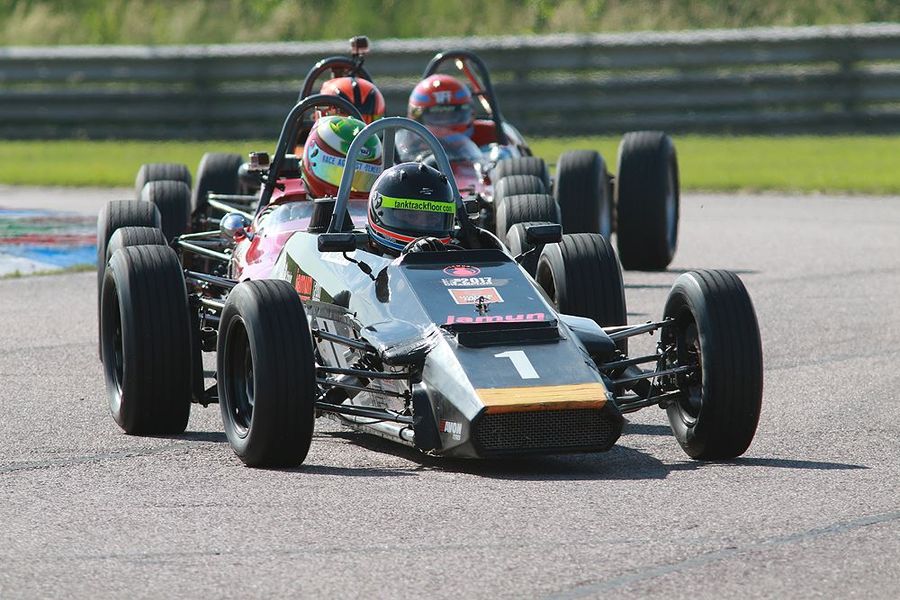 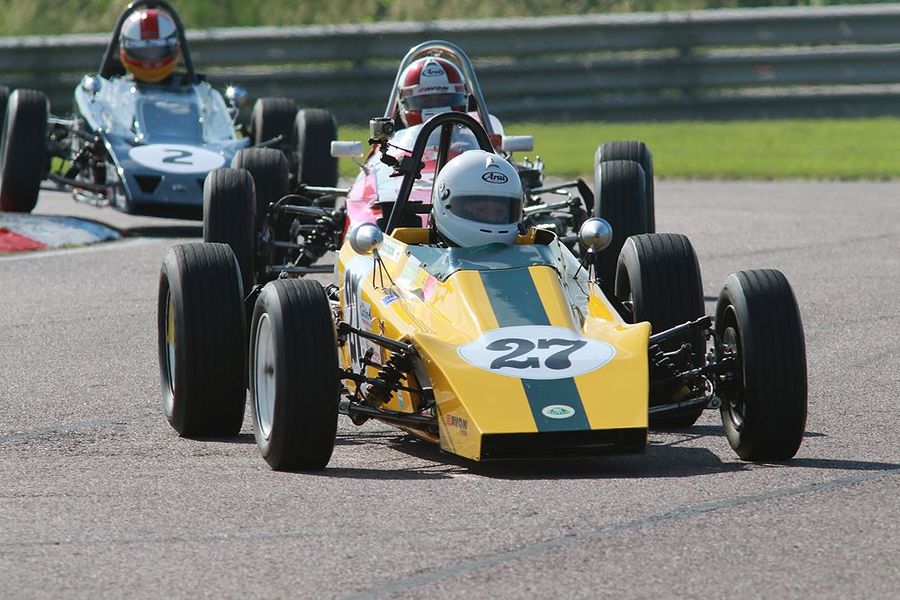 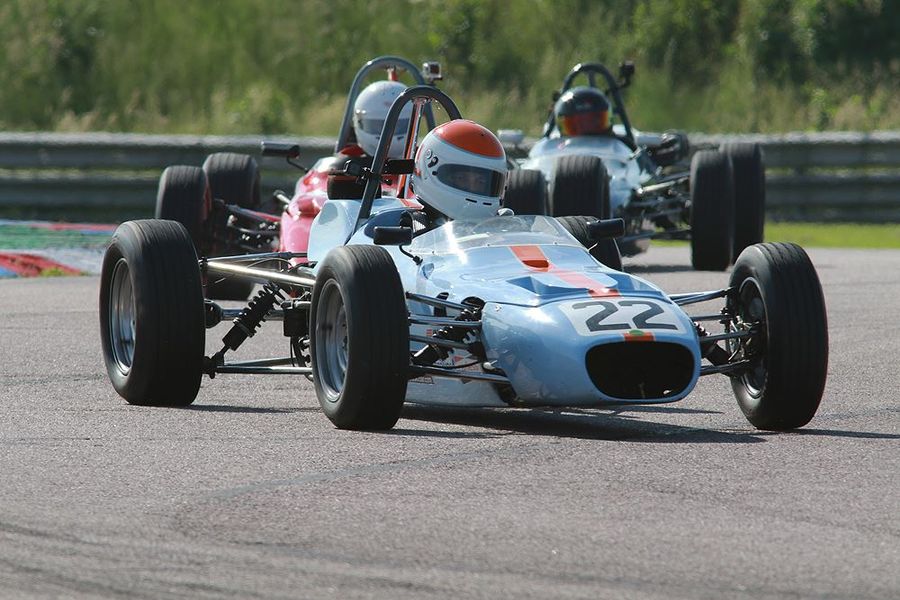 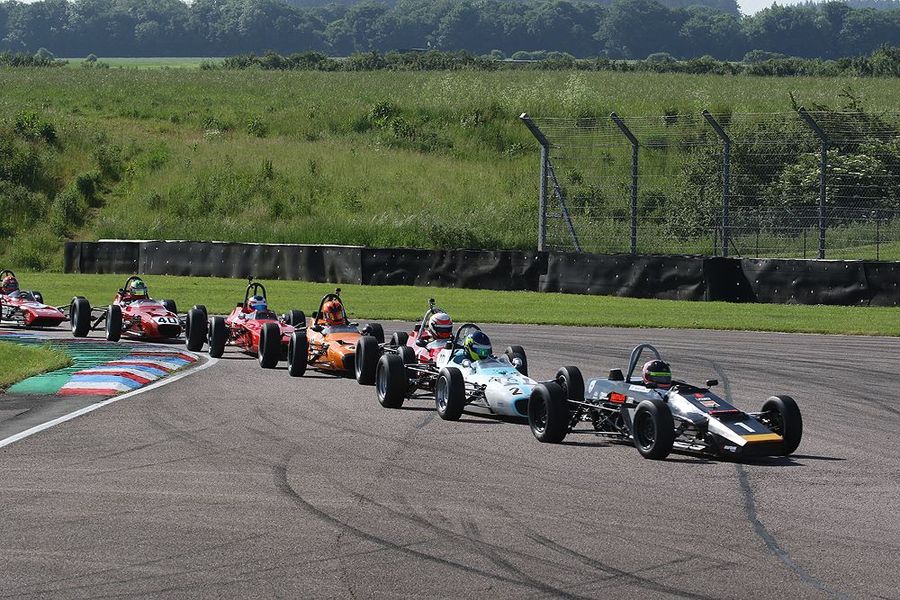 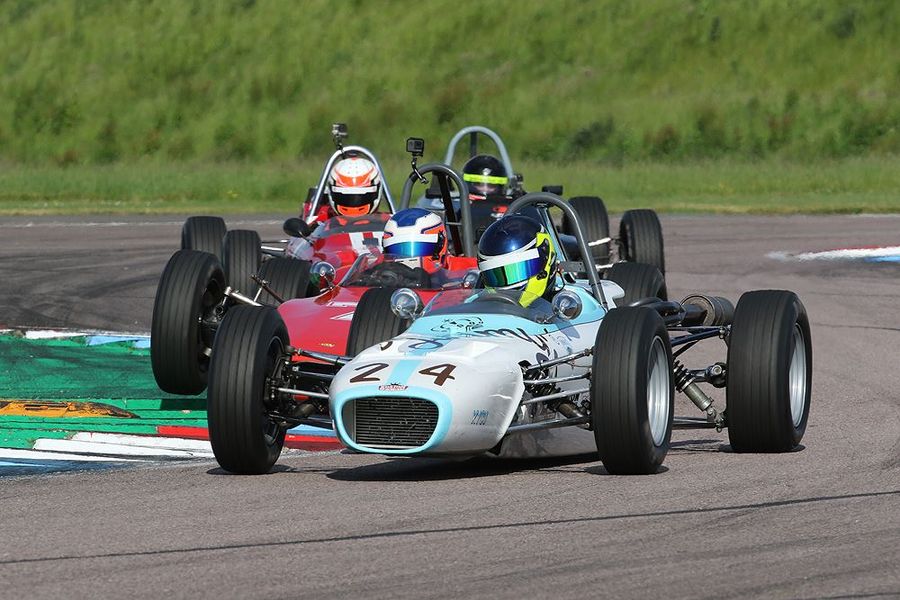 Click on the Gallery tab for pictures from Thruxton courtesy of Paul Lawrence.

Races from the Historic Sports Car Club, including two sensational Historic Formula Ford Championship rounds, were among the highlights of the hugely successful 50th Anniversary Meeting at Thruxton over the weekend.

As a large and enthusiastic crowd basked in warm sunshine, 50 years of the challenging Hampshire track were celebrated in style and the new £2 million Thruxton centre was officially opened by Nigel Mansell and Murray Walker.

It was a fabulous weekend for Ben Mitchell who ultimately won both Historic Formula Ford races after the type of slipstreaming thrillers that are an intrinsic part of the race action at Thruxton. Mitchell raced in a lead pack of up to seven cars and the opening race came down to a battle between Mitchell and Max Bartell, with Mitchell winning by a fifth of a second. Richard Tarling just pipped Callum Grant for third as Cameron Jackson slipped back to sixth behind Tiff Needell after a spin.

Later in the day, Mitchell bagged a second victory by beating Jackson by an even smaller margin on the dash to the line with Bartell and Tarling tucked in behind. From the back of the grid for the opening race, Ed Thurston finished the day with a tremendous fifth while Grant tigered through to sixth after starting the second race from the pit lane. Mitchell was awarded the Ian Taylor Trophy for his win in the second race.

The 40-minute Guards Trophy race was the weekend’s longest race with mandatory pit-stops and optional driver changes as a fine grid of pre ‘66 GT cars and pre ‘69 sports-racing cars battled around Thruxton’s fast sweeps. In the 50th year of both the Ginetta G16 and the Chevron B8 the lone Ginetta of father and son Graeme and James Dodd overcame gear selection issues and a strong challenge from James Schryver (Chevron B8) to win. In the GT ranks, the hard-charging TVR Griffith of John Spiers took an impressive victory over John Davison’s Lotus Elan 26R.

Wins were shared by Paul Smith (Ralt RT3) and Andrew Smith (March 783), with Scott Blakeney (Delta T81) moving up to a class-winning second in the later race on his first experience of racing the Formula Ford 2000 owned by his father Pat, the circuit manager at Thruxton. One of the stars of the races was the ex-Niki Lauda March 722 of Stephen Weller, which returned to Thruxton for the first time since Lauda finished third in the European Formula 2 race on Easter Monday 1972.

Many thanks to Paul Lawrence for the images!