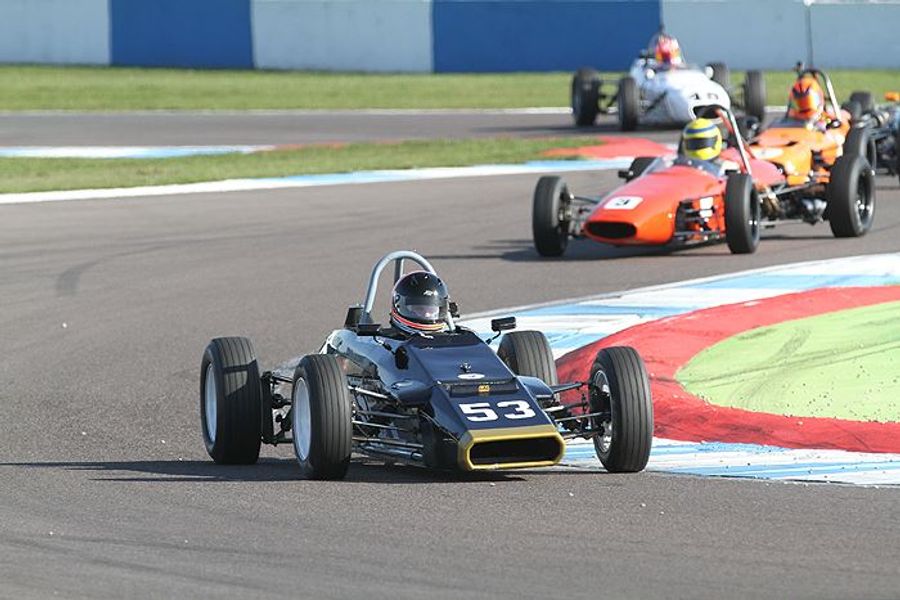 The Historic Sports Car Club is currently trying to contact former Formula Ford champions to invite them to join the category’s 50th anniversary celebration at its Brands Hatch Grand Prix circuit meeting on July 1th/2th.
The HSCC is marking 50 years of Formula Ford with a range of celebrations this year and the Legends of Brands Hatch Superprix meeting is the focal point of the season, as the inaugural Formula Ford race was held at the Kent track on 2nd July, 1967.
As well as four races for more than 60-competitors in the HSCC Historic Formula Ford Championship, the weekend will feature a past champions’ photo call, a grid walk-about and a Formula Ford-themed reception and buffet on Saturday evening. Tickets for the reception are limited and are already selling well.
More than 30 championships for Formula Ford 1600s have run over five decades and it is hoped that the celebrations will also include winners of the Formula Ford Festival, the Walter Hayes Trophy and the Castle Combe Carnival. Several prominent drivers from the Formula Ford story have already confirmed their attendance and the HSCC is hoping to gather as many past champions as possible to be part of this historic occasion.
Any driver with a Formula Ford title under their belt is invited to contact the HSCC office on 021327 858400 or by e-mail to office@hscc.org.uk.