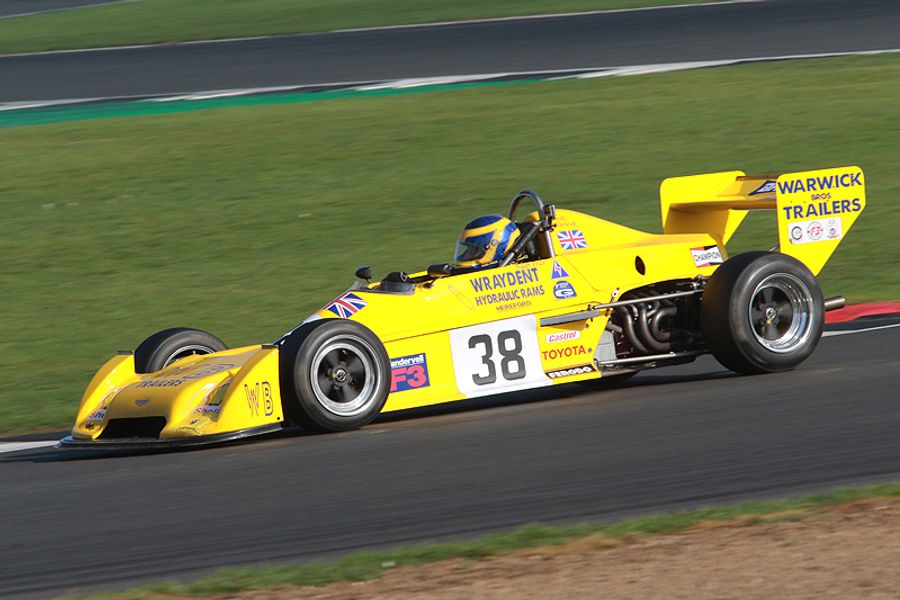 The award will be supported by Tim Colman at Chevron Heritage Ltd. “I’m very, very happy to be asked,” said Colman. “We’ll make sure the award is suitable and that the chosen driver is proud to win it.”

Andy Dee-Crowne, CEO of the HSCC said: “This is a great way to recognise a Classic F3 driver at the end of the season. It will not necessarily go to a race or class winner, but to someone who typifies the sporting spirit that is a key part of the Classic Formula 3 Championship. It may be someone who works behind the scenes to support the championship, or someone who is always helping out fellow competitors.”

The HSCC Classic Formula 3 Championship is open to F3 cars built and raced from 1971 to 1983 and includes invitation classes for period Formula Ford 2000 cars. The season opens at Donington Park on 30th March and includes a very high-profile date at the Silverstone Classic (26th-28th July). The 24-strong field for the Donington race includes the ex-Derek Warwick Chevron B38 (pictured above) of Hugh Price and the ex-Elio de Angelis B38 of Nick Taylor.