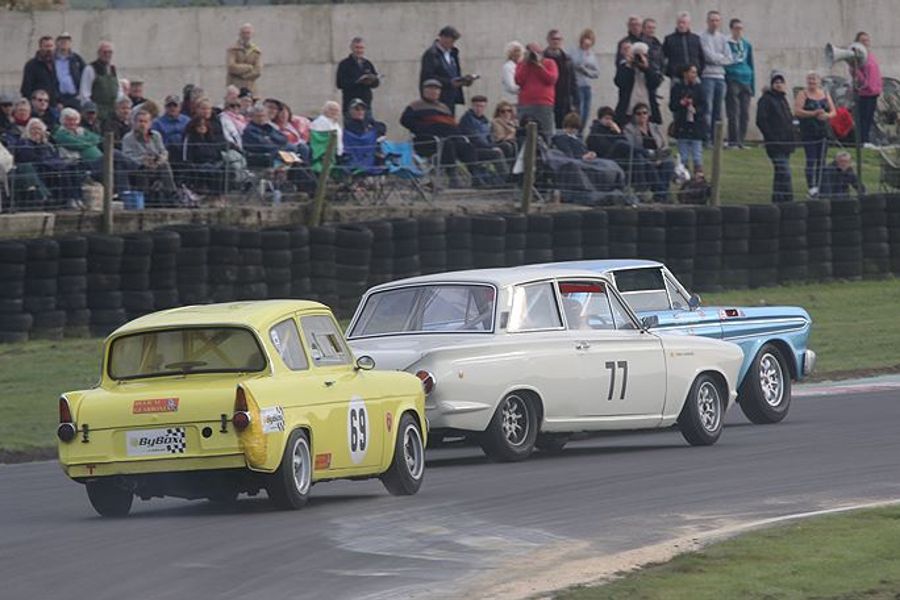 The Historic Sports Car Club’s 50th anniversary race meeting at Castle Combe this weekend (16th and 17th of April) will be filmed for a dedicated hour-long programme on Motors TV.
To mark a very special occasion in the history of the HSCC, SSTV will film the race action and 50th anniversary celebrations and produce a magazine-style programme, which will be broadcast on Saturday 21 May at 8.30pm. The programme is likely to have several repeats and will also be available for viewing on-line via YouTube and the HSCC’s social media platforms.
As well as taking a look at some of the racing categories, the programme will feature the 50th anniversary grid re-creation as some of the drivers and cars that contested the inaugural Griffiths Formula race in 1966 return to Castle Combe.
The programme will take a look at some of the characters and cars racing with the HSCC and will aim to capture the ethos and spirit of HSCC racing. The team behind SSTV, headed by Wayne Goldring, is renowned for its work in rallying and will now bring those skills and expertise to historic racing. The commentator for the race action will be Ian Titchmarsh.
“We’re very excited at the prospect of having the Castle Combe weekend filmed and broadcast on TV,” said HSCC Chief Executive Officer Grahame White. “We hope to do more TV later in the season to mark the club’s 50th year.”
Castle Combe SSTV The Historic Sports Car Club