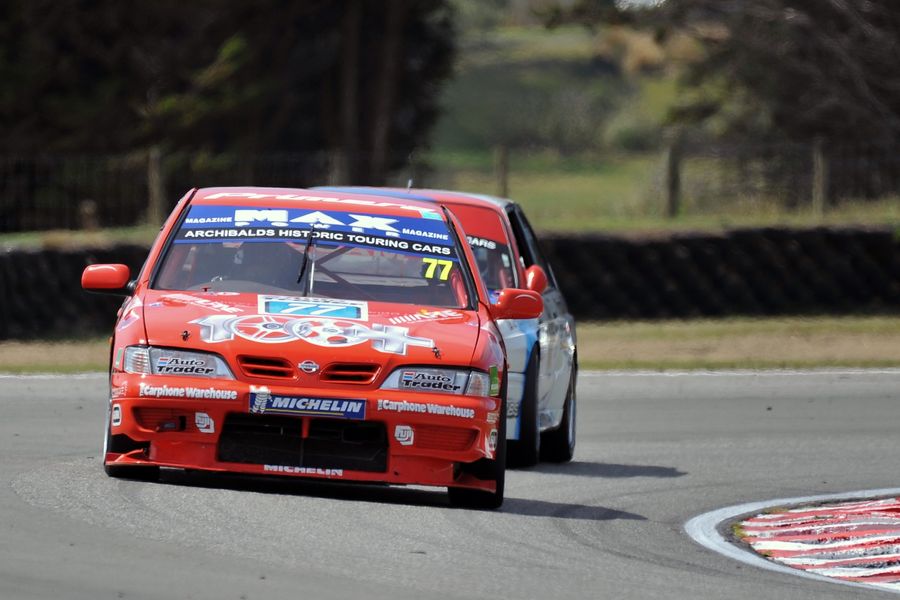 It was like a round of the British Touring Car Championship from its heyday in the late 1990s/early 2000s all over again on the first day of competition at the final round of this season’s Archibald’s Historic Touring Car Series at the new-look George Begg Classic Speedfest at Invercargill’s Teretonga Park this afternoon.

One minute O’Donnell looked like a shoe-in to win the race on home soil, the next he was being chewed up and spat to the back, eventually crossing the finish line in fourth place. 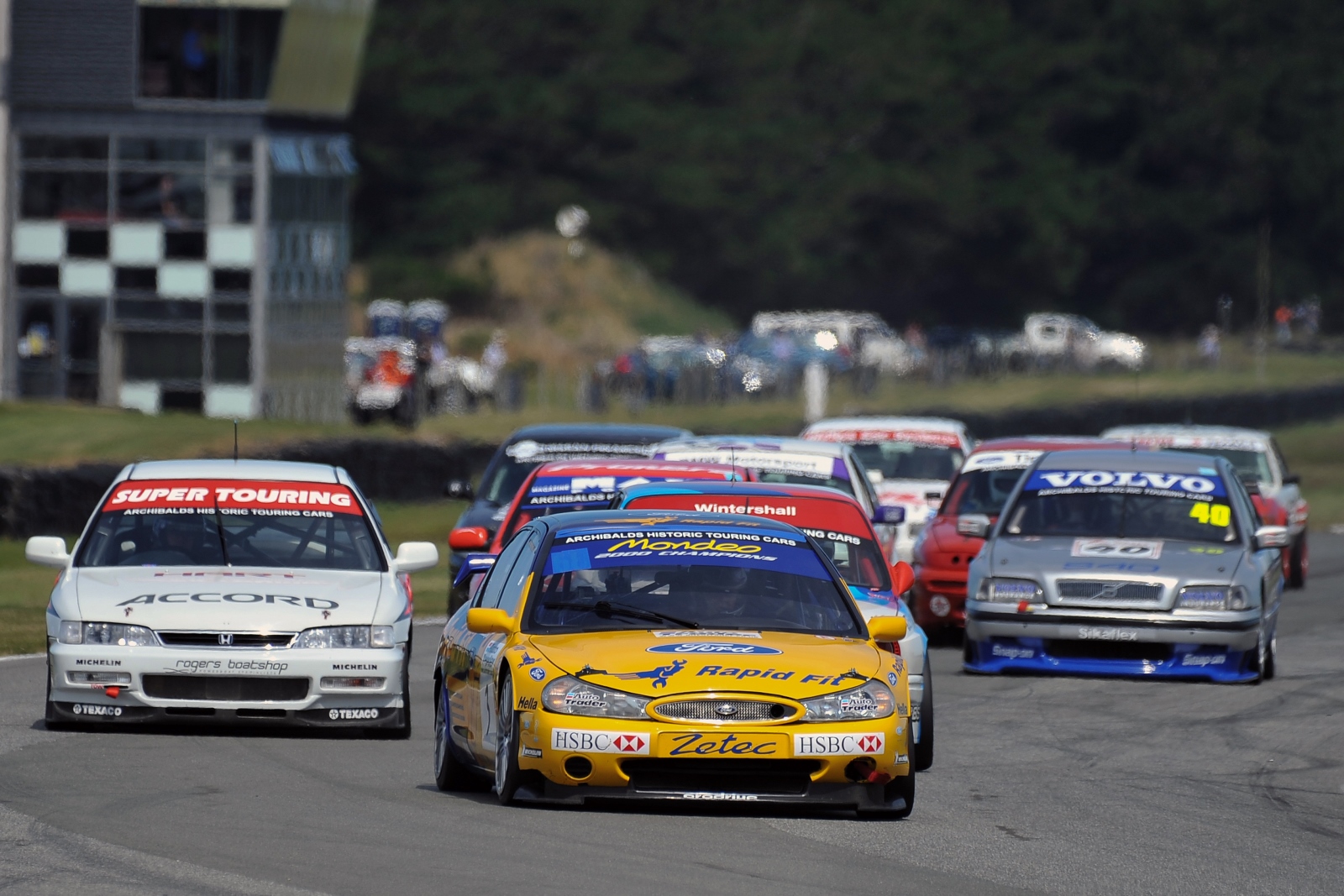 “These cars really are on knife edge,” O’Donnell said afterwards,” And I think that Phil and obviously now Nigel have learned how to stay on it for longer before losing their balance than I have!

“Still the crowd seemed to like it and as we keep telling each other we are racing these cars for the pleasure of seeing them being used as they were intended not for sheep stations.”

The result was that Mauger not only managed to get to the front of the pack, he also – somehow – managed to stay there, crossing the finish line just over a second in front of the always impressive Arron Black with series newcomer Nigel Arkell third, in front of Scott O‘Donnell who in turn was just in front of his uncle,  Lindsay O’Donnell (Volvo S40) who was 5th.

There are two more races for the Archibald’s Historic Touring Car Series tomorrow, with one 6-lap sprint first thing in the morning and a second mid-afternoon.