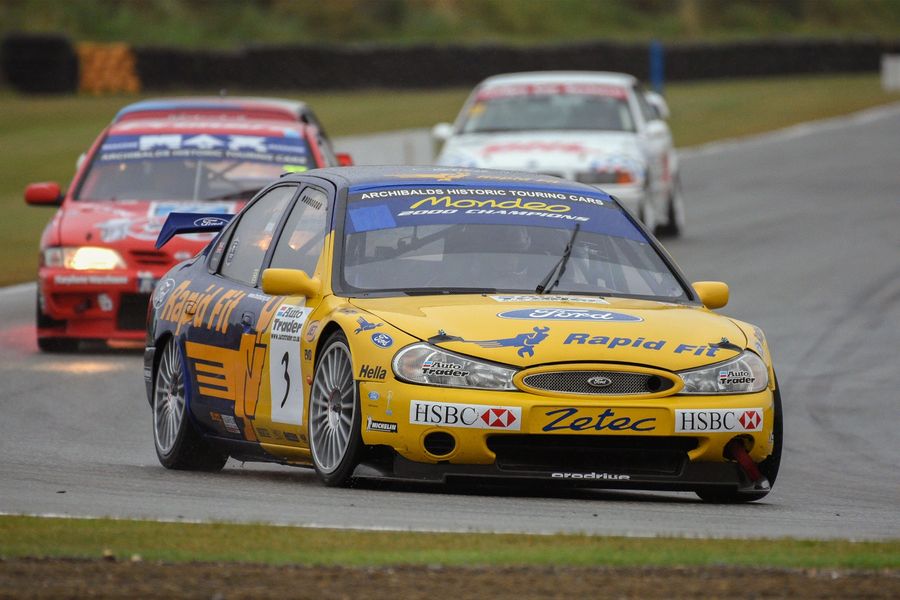 Fans of the classic blink-and-you’ll-miss-it’ school of close quarters touring car racing would have left the first George Begg Classic Speedfest at Invercargill’s Teretonga Park late this afternoon satisfied they has got their money’s worth after three very different Archibald’s Historic Touring Car Series’ races.

The first, held on a wet, cold track first thing in the morning and won by Dunedin's Arron Black driving his Warren Good-owned Gp A E30 BMW M3 turned into a real battle of attrition. Event host (and fastest qualifier) Scott O'Donnell was an early dnf with a broken driveshaft in his Prodrive Ford Mondeo Supertourer, then Saturday race winner Phil Mauger speared off the track and got his Nissan Primera Supertourer stuck fast.

Nigel Arkell in his Honda Accord Supertourer was part of the leading bunch until he was forced to pit with a fogged up windscreen, leaving Kevin Pateman to inherit second place in his NZTC-spec Ford Telstar from the BTCC-winning BMW E36 318-iS of Warren Good, the Gp A Rover Vitesse of Allan Dippie and Dennis Chapman in his BMW E36 Supertourer.

The second race also turned out to be an Arron Black benefit, though this time, with the track dry and humidity nowhere as bad as in the early morning race Nigel Arkell stormed through the field to catch and pass all but accomplished kart and historic touring car racer Black by the time the chequered flag came out to claim a strong second place.

Kevin Pateman in his NZTC-spec Ford Telstar was again able to stay in touch with the other frontrunners and cross the line in third place. In fourth, meanwhile was Scott O'Donnell driving his Uncle Lindsay O’Donnell’s Volvo S40, then Warren Good, Allan Dippie and Dennis Chapman.

Behind Chapman came local man Tony Forde in his Group A Holden Commodore VL Walkinshaw replica, then an ever-improving Austin McKinley in his earlier NZ Touring Car championship-spec VH Commodore, and Steven Kelly in his BMW E36 320i Supertourer, all four happy to be circulating in the 1:14s.

With a new drive shaft fitted in his own exotic Ford Mondeo Supertourer Scott O’Donnell had everything to play for then in the final race. Play he did to, working his way quickly and effectively through the traffic c from the rear of the grid to be up to fifth place by the end of the first lap then third at the end of the third.

At this stage Arron Black and Nigel Arkell were still disputing the lead, and  another half lap O’Donnell had joined the party and was past both Arkell and Black and edging away for his first race-win of the weekend.

Behind him Scott’s Uncle Lindsay O’Donnell also had a productive race, following his nephew’s example to work his way up to fourth place at the flag in his Volvo S40  Supertourer.

Timaru ace Kevin Pateman again proved the worth of the car he and his brother built in period by crossing the finish line in fifth place for first NZTC-spec car home while Steven Kelly literally won a drag race against Allan Dippie and Warren Good on the finish line to claim sixth spot. 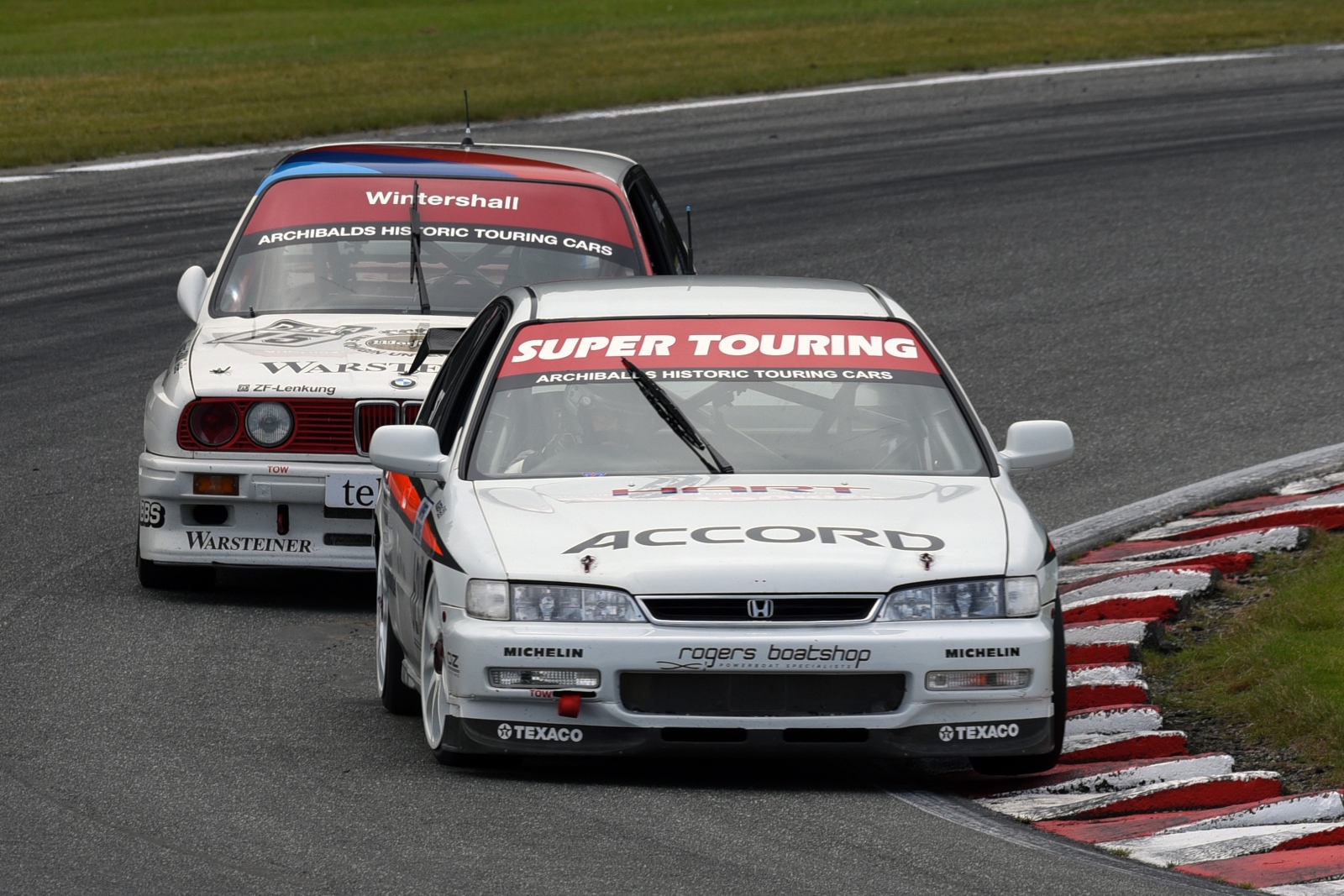