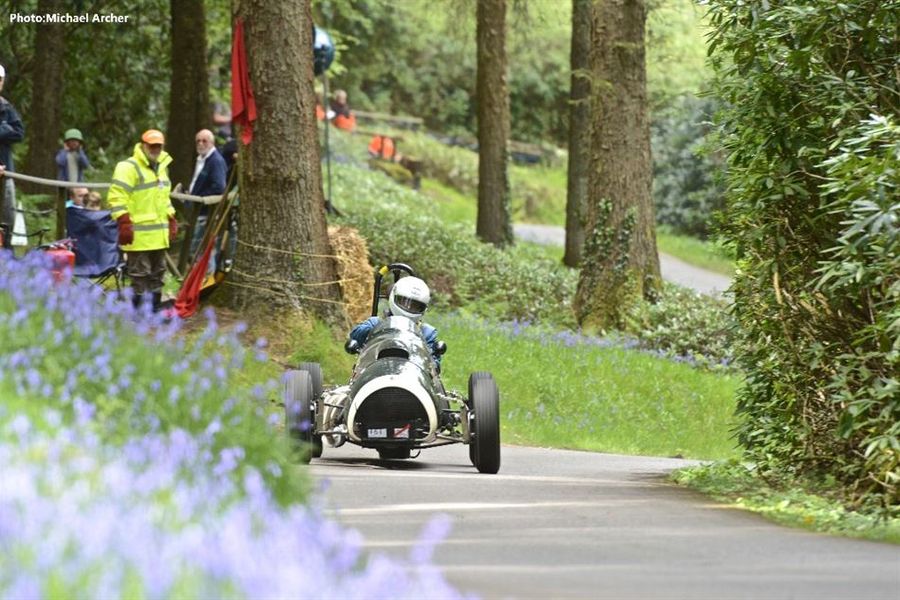 The Vintage Sports-Car Club headed south this weekend for round two of the Speed Championship held at beautiful Wiscombe Park. With glorious sunshine, much like the previous weekends' at the Curborough Speed Trials, the action on track was exhilarating and the paddock buzzing with activity.

With Terry Crabb, who set Fastest Time of the Day last year in his 1937 ERA 12C, the honour fell this year to Julian Grimwade in his 1934 Frazer Nash Single Seat Special with a time of 48.10 seconds. Another notable performance came from Charlie Martin in Justin Maeers' 1930 Morgan Special who recorded the fastest time by a vintage var with an impressive time of 49.05 seconds. The Fastest Young Driver Award went to Robin Gale in his 1934 Riley Special with a time of 53.82 seconds.

Curborough's FTD setter Ian Baxter in his 1937 Alta 61 struggled to retain the top spot, with Ian believing that the issue arose from changing his fuel to methanol, though he will have ample time before round three of the Speed Championship at Brooklands to sort any technical issues. Will there be a head to head for Fastest Time of the Day at the Brooklands Sprint between Ian Baxter and Julian Grimwade or will Terry Crabb's ERA  be back with a vengeance?

The Speed Championship now takes pauses before heading to Brooklands Sprint for round three on the 16th of June. The Vintage Sports-Car Club’s next event sees the return of Formula Vintage – round two at Oulton Park on the 19th of May, which will also include an AutoSolo and the Oulton Park Concours.