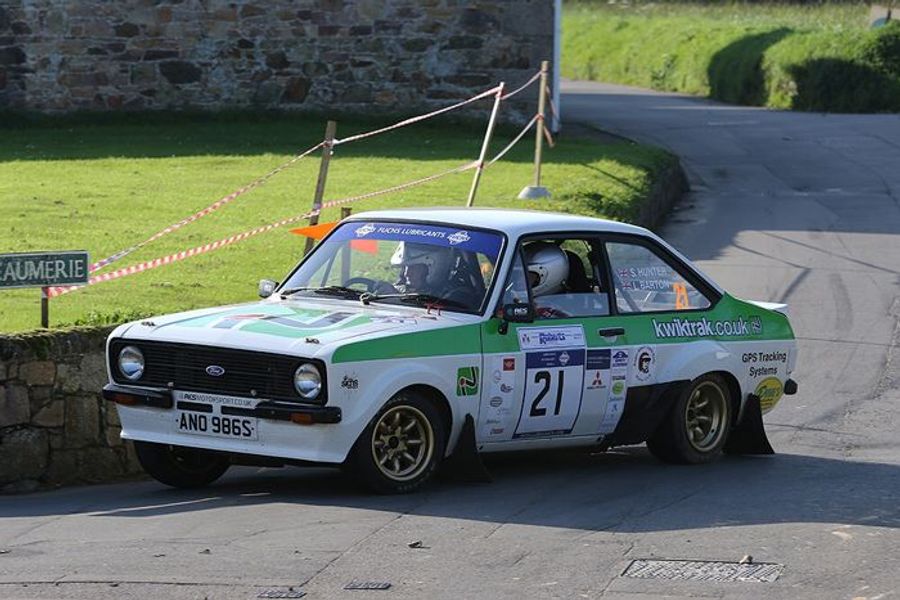 Dessie Nutt and Geraldine McBride (Porsche 911) have been confirmed as overall champions in the Fuchs Lubricants RACRMC Historic Asphalt Championship following the seventh and final round, the Jersey Rally (13th/14th October).
Although Nutt and McBride completed a perfect season score on round six on the Isle of Man in September, Roger Moran (BMW M3) could have matched their score. However, when Moran did not contest the Jersey Rally, Nutt and McBride were confirmed as overall champions to add to the MSA British Historic Rally Championship titles they took in 2004 and 2009.
The Fuchs Lubricants RACRMC Historic Asphalt Rally Championship is organised by the Roger Albert Clark Rally Motor Club and is a dedicated asphalt championship for all categories of historic stage rally cars.
New to the schedule for 2018 was the Jersey Rally, which proved to be an outstanding success. A warm welcome and glorious weather awaited the championship in the Channel Islands and the rally fully lived up to expectations. With 120 stage miles across 28 stages, this was a tough event and included six stages in the dark on Friday evening. The organisation kept the event moving very slickly and the stages were a real challenge, with some very tight and technical sections. Road conditions on the island were excellent across the stages.
Unfortunately, an initially strong entry of championship crews dwindled as the rally approached, but those that did travel to the island enjoyed the rally and were rewarded with awards at the end of rally prize-giving.
Lyndon Barton and Simon Hunter turned in a faultless performance in their Ford Escort Mk2 to be clearly the leading Fuchs contender in the final results, with a place in the overall top 20.
Dick Mauger and Gino Gouveia ran Mauger’s freshly-prepared Escort Mk2 and, despite clipping a wall on Friday, kept the immaculate car running to finish second historic crew. This was Mauger’s 35th visit to the event! Finally, Ian Robertson and Andrew Scott did well to keep their Hillman Avenger Tiger running and finished one place behind Mauger.