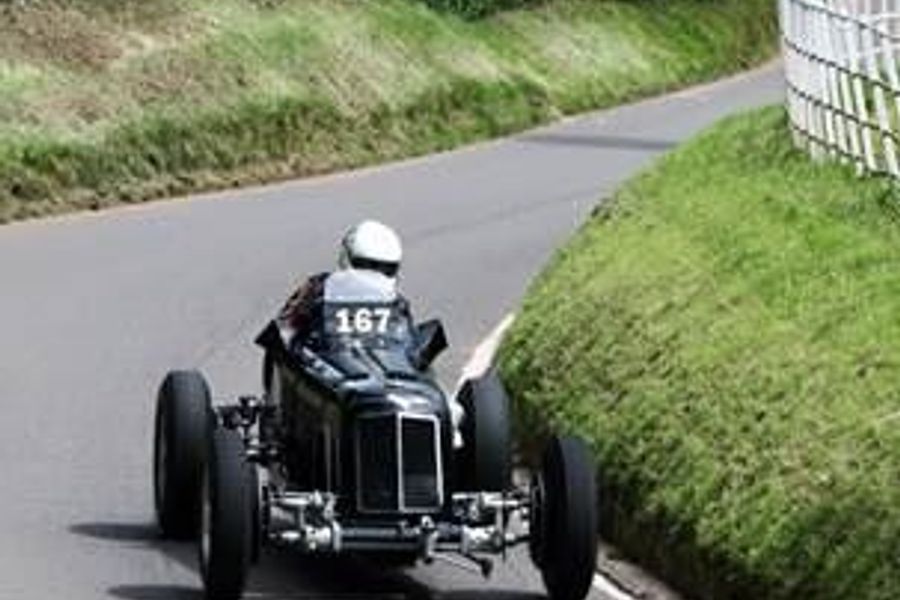 The Vintage Sports-Car Club begins the second half of their extensive calendar of events at historic Shelsley Walsh, with this year’s ever-popular Vintage and Post-Vintage Thoroughbred Hill Climb becoming a two-day spectacular this upcoming first weekend in July, hosted once more by the resident Midland Automobile Club (MAC).
The yearly pilgrimage to the Worcestershire venue is always one of the most popular events of the historic motoring year, as the celebrated hill – the world’s oldest motorsport venue in continuous use – provides the most idyllic and nostalgic setting for the VSCC’s predominantly pre-war machinery.
Including a full day of practice on Saturday, followed by official timed runs towards the competition on Sunday, the weekend forms another round of the 2017 VSCC Speed Championship, and also sees the introduction of some invited post-war racing machinery to compliment the club’s traditional line-up of Edwardian, Vintage and PVT Racing and Sports-Cars.
The weekend has attracted another stunning entry of over 120-cars with a number of the season’s frontrunners taking part, keen to add to their points tally so far and claim the prestigious silverware at the headline event.
An all-Frazer Nash affair between club president Geoff Smith and the husband/wife duo of Simon and Jo Blakeney-Edwards looks set to be amongst the most anticipated battles of the Sports-Car classes, where the ex-Prince Bira MG K3 of Australian, John Gillett will also be one of a number of historic entrants amongst the road-going machinery, representing such fabled manufacturers of the era as Austin, Alvis, Riley, Lea-Francis, Talbot, Bentley and more.
Hugh Mackintosh is tipped to lead the way in the always popular Pre-1918 Edwardian class in his Hudson Super Six Racer, whilst young Rebecca Smith enjoys another outing as ‘Works Driver’ in club director Alisdaire Lockhart’s 1914/18 Vauxhall A/D Type, eager no doubt to build on her Pomeroy Edwardian Trophy success in his Prince Henry Replica earlier this year.
Look to the residents of the racing car classes to challenge for the weekend’s overall honours, including a host of Pre-war Shelsley Specials such as the ex-Basil Davenport GN Spiders I and II of David Leigh and Martin Spencer, ever at the heart of the action at their spiritual home, who will have eyes on Best Vintage and Fastest Time of Day honours respectively.
Expect to see a host of familiar faces atop the standings, with the indomitable ERA R4D perhaps favourite for ‘FTD’ in the hands of Nick Topliss, and the likes of Tom Walker’s Amilcar-Hispano, the Frazer Nash Norris Special of Julian Grimwade and Ian Baxter’s ex-George Abecassis Alta Single Seater his closest rivals, alongside last year’s VSCC Speed Championship winner, Tony Lees in the ex-Ron Footitt AC/GN ‘Cognac’.
With excellent viewing of the action all the way up the famous hill and plenty more entertainment away from the track with trade stands, onsite catering and more on offer, it looks set to be another ‘Vintage’ weekend of motorsport. Spectator tickets will be available on the gate on both days (Saturday: £15, Sunday: £25) whilst children under 16 go free. Action will begin at 9.00am each day, concluding at approximately 5.30pm.