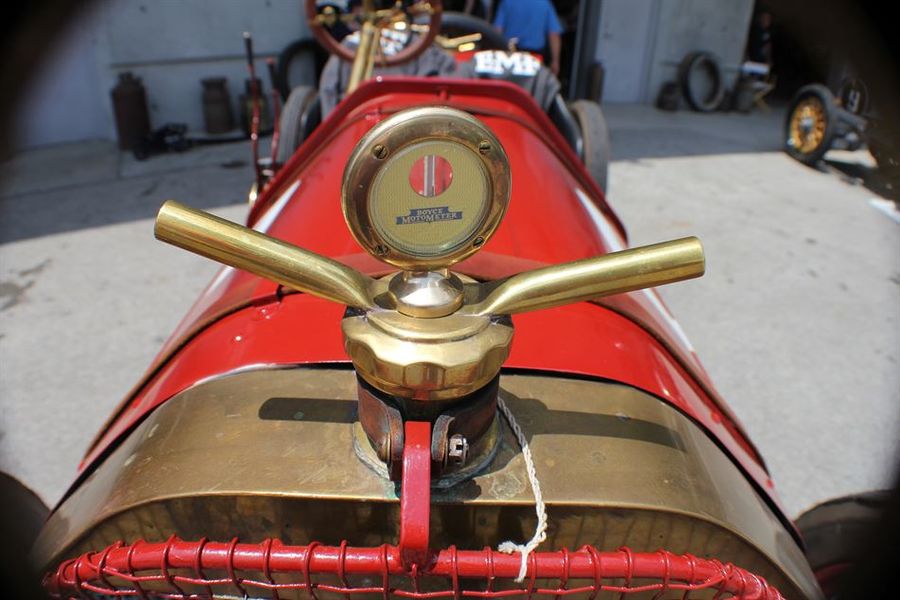 If you were an American fan of any type of motorsports in 1960s, through the 1990s the Indianapolis 500 Mile Race was Memorial Day tradition.   Back then simply knows as, “Indy or “The 500”, it was something magical brought into your home first via radio then delayed Television and finally live in the late 70s. It was a motorsports fantasy world populated by racing legends that the late, great, American motoring journalist Chris Economaki called the “knights of the roaring road.”  You can imagine my excitement when attending the SVRA’s Brickyard Invitational to see some of the machines that carried many Indy legends to racing immortality.  What follows here and in subsequent articles are some of the machines on hand at the Brickyard Invitational that call to a similar time when, yes, “the tires were skinny and the drivers were fat!”

This multi part series will focus on the cars that grabbed my undivided attention amid an overload of motoring sites and sounds at this spectacular annual event.   If you missed Parts 1&2 they can be found in the archive. They are a glimpse at two of the racing machines that were such a huge part of the early Indianapolis racing scene the National and the Mercer Raceabout.

Part 3 of our series takes a look at the rare E-M-F Model 30 pictured here.  E-M-F was a short-lived company only building cars from 1908 to 1912.  The company began building passenger cars from their small factory on Piquette St. in Detroit. During this time they also built several racecars including the #6 pictured here. 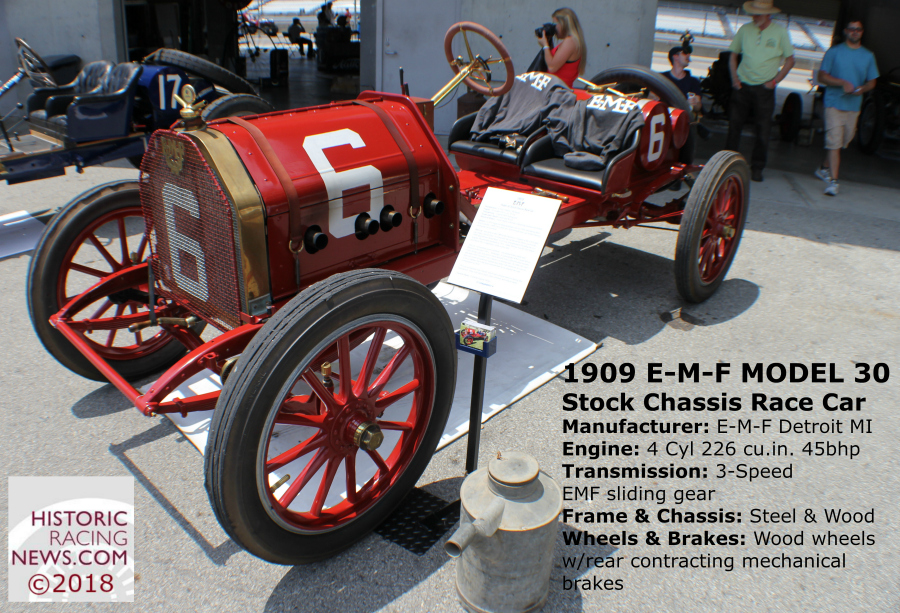 This car was built in ’09 in Detroit to compete in the AAA light car class.  Engine for that class were restricted to less than 230 cu.in. displacement.  It is believed that this car competed in the 1909 Santa Monica Road Race under the hand of Harry Lord.  Lord was an influential figure in west coast racing circles and was instrumental in the building of the Los Angeles Motordrome in 1910.  That Santa Monica event was the first major competition for E-M-F on the west coast.

This car amazingly survived the World War II scrap drives after being pulled from a shed near Phoenix in the mid-1930s.  This car was in horrible condition and in 1960 the previous owner discarded the original race body with the intention to convert the car back into a roadster (a practice that was common place back then).  In 2016 the car was restored its original racing configuration by current owners Glenn & Jennine Miller.  To help make the restoration authentic this car was painted with a brush, which was common for the time period.  It is said E-M-Fs were driven hard, often wrecked and seldom pretty!