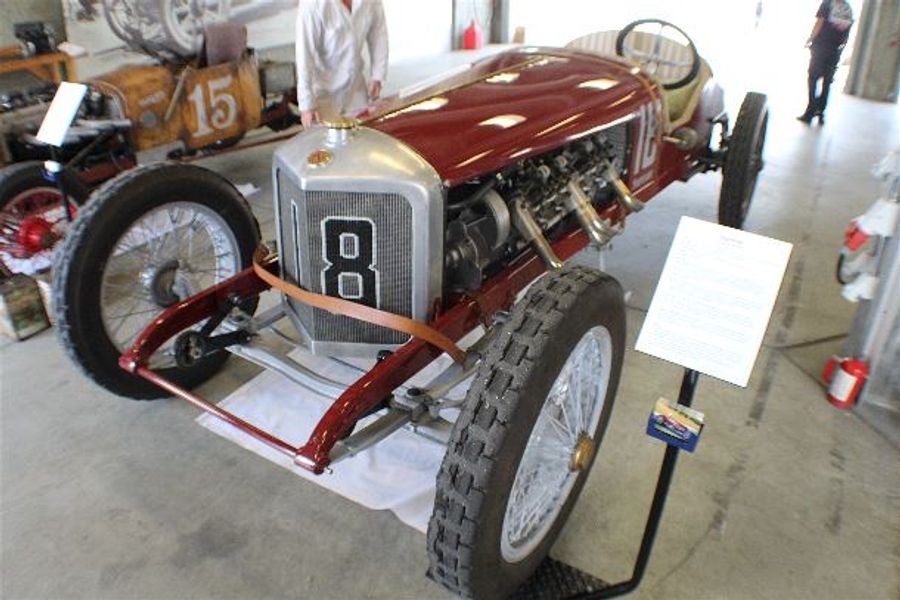 The Indianapolis 500 Mile Race is an American Memorial Day tradition.   Stars from the Brickyard were household names before mobile phones, the Internet and instant information gratification.  So mythical were the exploits of some, American motoring journalist Chris Economaki called the “knights of the roaring road.”  While those racing legends are no longer with us to tell their tales the machines that carried them to racing immortality are.  And each year at the SVRA’s Brickyard Invitational you can relive those memories up close and personal.  A day spent in the “Pre-War Paddock” is a rare chance to drift back to a time when, yes, “the tires were skinny and the drivers were fat!”

The focus of this multi part series is the cars that were the stars of the show at Indy amid an overload of motoring sites and sounds at this spectacular annual event.   Cars from the earliest days of racing at Indy to the record shattering Eagles of the early 1970’s can be found in the archive.

Part 6 of our series examines the 1916 Romano Sturtevant Special.

The #18 started life as a 1916 Auburn.  Because of the brilliance of engineer Eugene J. Romano and the power of the B.F. Sturtevant Company #18 became a unique racing machine. 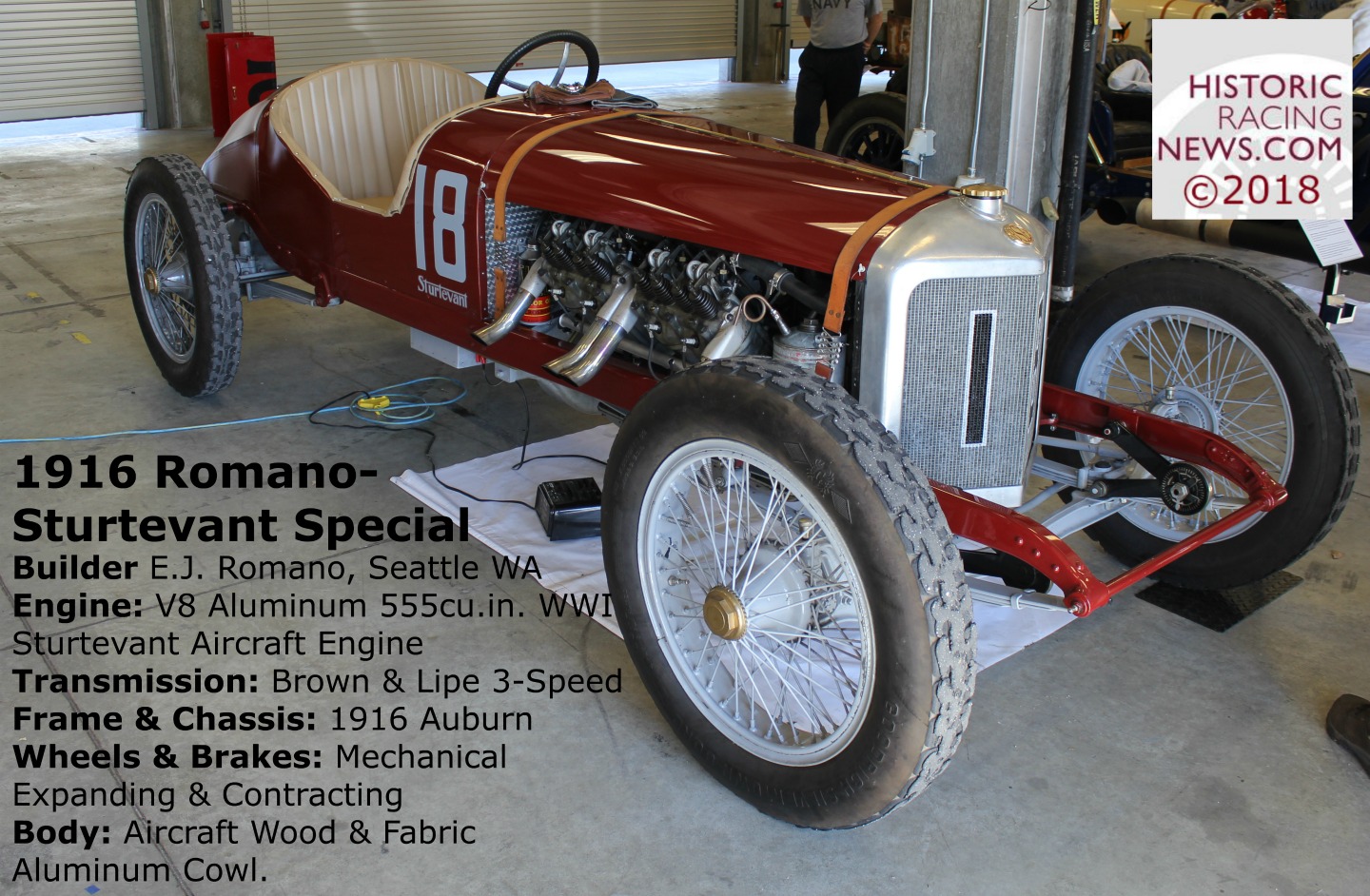 Romano, an innovative aircraft engineer first designed and built an aircraft known as the Romanoplane in 1910.  He went on to build three aircraft engine powered racecars from 1913 to 1924.  The most famous of those was the car that claimed victory in the inaugural Pikes Peak Hill Climb in 1916.

The B.F. Sturtevant Company was once the worlds largest industrial fan maker.  During World War I the Sturtevant Aeroplane Co. was formed to develop military aircraft for the war effort.  From 1915 to 1918 Sturtevant built engines that featured the companies advanced blower technology making them the world’s first “supercharged” engines.

Sturtevant produced aircraft for the Army and Navy until a crash during an official test flight in from of Army officials caused the cancelation of the contract.  The Armistice caused the quick liquidation of the Sturtevant Aeroplane subsidiary in February of 1919.  At the time of that liquidation hundreds of engines were in the Sturtevant inventory.  Those surplus engines found their way into boats, planes, dirigibles and racecars.

Romano recognized that the engines offered a relatively light weight and high horsepower alternative to automotive engines available during the immediate post war period.  They were also plentiful and cheap.

To build our focus car #18, as was his norm, Romano took a stock chassis, in this case a 1916 Auburn, and added a surplus aircraft engine to complete the car sometime between 1918 and ’20.  The supercharged car boasted an impressive 220 Bhp.  Racing records for this car are scant with the only known completion reported a third place finish at Hastings Park in Vancouver Canada in 1925 with Fred Hirsch behind the wheel.

The restoration of this car was complicated by the lack of records and the power plant itself.  Only five engines are known to exist and all but two of those are in museums.  Acquiring and restoring this engine took many years.  The rest of the car was restored using materials and methods known to exist during the time of its original manufacture.

You can see video of this great machine at the historicracingnews YouTube Channel.