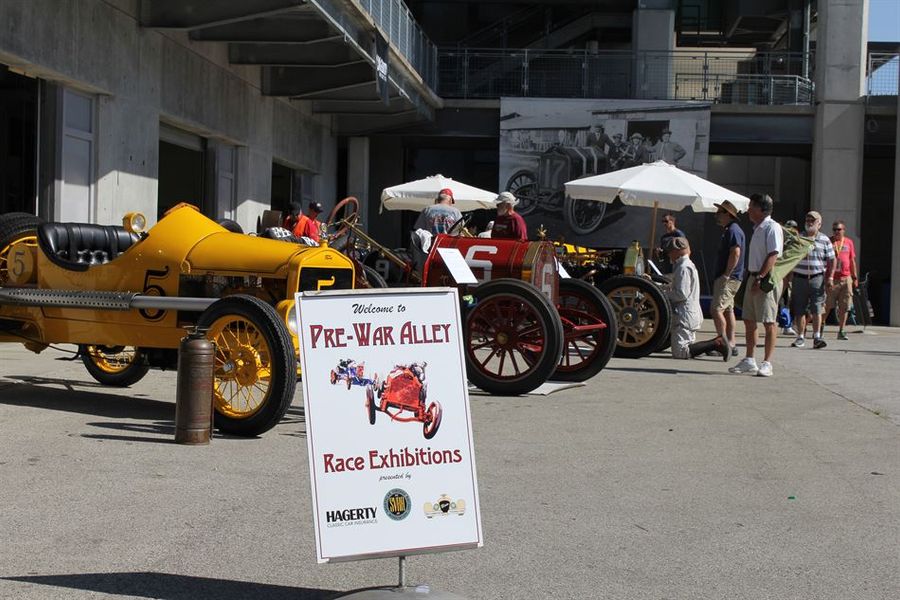 Growing up in the Finger Lakes region of Upstate New York I was lucky to be brought up on a variety of motorsports action.  The dominant influence on my formative years was road racing because when you grow up in Watkins Glen N.Y. well, you get the whole road-racing thing.  The exception however was the Indianapolis 500 Mile Race.  That quintessential American holiday tradition each Memorial Day weekend was the “Greatest Spectacle in Racing” and is still the largest one-day sporting event in the world.  If you were an American when I was growing up you knew and cared about the Indy 500 in May no matter what form of racing tripped your trigger the rest of the season.

Because of family influence and an early passion for the sport and media I have been blessed to see - in period - many of what those of us of a certain age call “the golden age” of road racing; The World Championship of Makes for sports cars, the early days of IMSA, Formula one before and during the birth of ground effects, first generation Can-Am and Trans-Am and Formula 5000.

The Indianapolis 500 however was something magical brought into your home first via radio then delayed Television and finally live on ABC Sports! My first trip to the Indy was to see Al Unser Jr. and Emerson Fittipaldi battle to the next to last lap in 1989.  So for a student of racing history my recent sojourn to the SVRA’s Brickyard Invitational was more than a vintage race.  It was a window to a world I have never seen in person before. For me it had been a fantasy world populated by racing legends that the late, great, American motoring journalist Chris Economaki called the “knights of the roaring road.”  Unfortunately they were not there, but the machines that carried many of those men to racing immortality were.  What follows here and in subsequent articles are a look at some of the machines on hand at the Brickyard Invitational that call to a similar time when, yes, “the tires were skinny and the drivers were fat!”

What follows is a multi part series that will focus on the cars that grabbed my undivided attention amid an overload of motoring sites and sounds.

Our tour of the Pre-War paddock with the cars from the National Motor Vehicle Company.  National began as the Indianapolis Chain and Stamping Company, makers of the famed “Diamond” brand. Founded by Charles E. Test and Arthur C. Newby, National was the countries largest manufacturer of bicycle and automotive roller chains before the transition to auto production in 1900.

Originally electric powered, the company transitioned to internal combustion engines from electric motors when Newby became president in 1906.  National cars have a strong connection to Indianapolis and the Speedway.  The company was located in Indianapolis and Newby was one of the four founding partners of the Indianapolis Motor Speedway.  Test never got to see National’s success at the Speedway passing away in 1910. A National won the Indy 500 in 1912 averaging 78.2 mph.  That National still holds the record for the largest engine to win the big race a 4-cylinder power plant with a 490 cubic inch displacement. National cars known as “Kings of the Speedway & Monarchs of the road” were built until 1924.

The #19 above is owned and driven by Charles D. Test, the great-grandson of company founder Charles E. Test. Basically stripped down production cars, National was able to use their reliability and powerful engines to gain an advantage.  The factory cars also benefitted from lots of testing on the home track the Indianapolis Motor Speedway.  This car, a “Speedway Roadster” was a privately entered “stock car” of the early days of racing. They were limited edition models made to commemorate success at Indy and other races.  The Roadsters replicated the factory cars as much as possible.

The #17 pictured here went through an eight-year restoration that was completed in 1999.  The car has been raced on a regular basis since.  While the original racing history of this car is unknown, it has been restored to match the National campaigned by Harry Sprague in the Visalia Road Races.  The wealthy businessman won the inaugural Visalia road race and competed in the 150-mile races through the California town until 1917.  The races’ one thousand dollar prize money, huge for its day, annually attracted the fastest cars on the west coast.