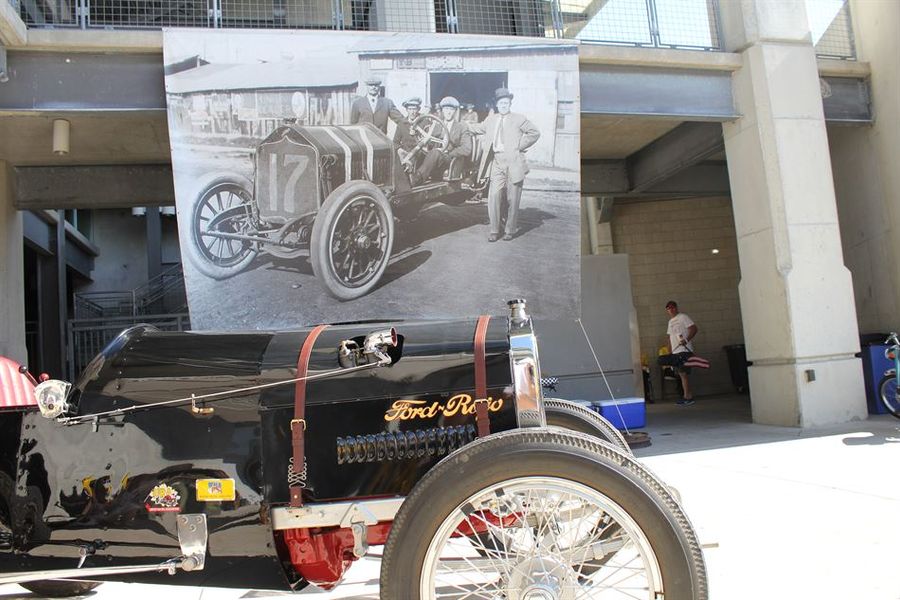 If you were an American fan of any type of motorsports in 1960s, through the 1990s the Indianapolis 500 Mile Race was a Memorial Day tradition.  Simply known as, “Indy or “The 500”, it was something magical brought into your home first via radio then delayed Television and finally live in the late 70s. It was a motorsports fantasy world populated by racing legends that the late, great, American motoring journalist Chris Economaki called the “knights of the roaring road.”  You can imagine my excitement when attending the SVRA’s Brickyard Invitational to see some of the machines that carried many Indy legends to racing immortality.  What follows here and in subsequent articles are some of the machines on hand at the Brickyard Invitational that call to a time when, yes, “the tires were skinny and the drivers were fat!”

This multi part series will focus on the cars that grabbed my undivided attention amid an overload of motoring sites and sounds at this spectacular annual event.   If you missed Part 1 that can be found in the archive and examines two of the stunning National racing machines that were such a huge part of the early Indianapolis racing scene.

Part 2 of our series takes a look at the Mercer Raceabout pictured here.

The Mercer Raceabout was a stripped down, two seat speedster that was designed to be driven “safely and consistently” at over 70 mph. The 35R was reportedly capable of over 90 mph.  The car’s track record in 1911, five wins in six starts, made the Raceabout the car very sought after because of the reliability and handling.  The only car to beat the Mercer in it’s six starts?  The famed Marmon Wasp in the inaugural Indianapolis 500 Mile Race.

The #35 Pictured here was built in 1911. It is chassis #404R, engine no. 177R.  It is the ONLY known 1911 Mercer to have left the factory as a Raceabout.  The car’s first known owner was Art Jenkins who bought the car in Philadelphia for $1,000.00 dollars.  In 1917 Virginia racer Walter Mason purchased the car to race at county fairs.  Herman Belote acquired the car in 1921 and sold it to Sam Norton in 1938.  Hyde W. Ballard, twice president of the Antique Automobile Club of America, purchased the car in 1942.  Ballard restored the car in 1962 with consultation from the cars designer Findley Robinson Porter.  The Ballard family owned the car until selling to current owner Chris MacAllister in 2015.