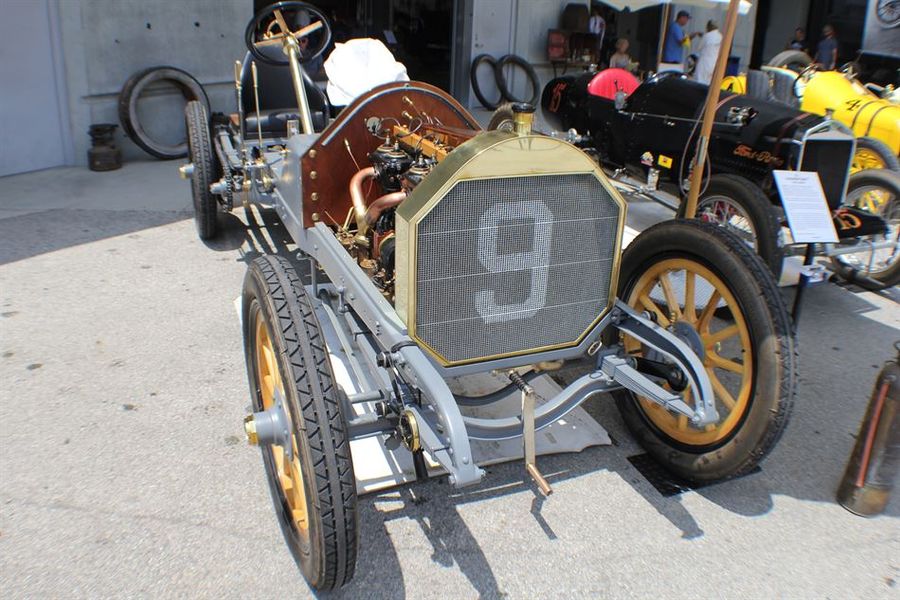 The Indianapolis 500 Mile Race is an American Memorial Day tradition.   Back before mobile phones, the Internet and instant information gratification, “Indy or “The 500”, was something magical brought into your home first via radio then delayed Television and finally live in the late 70s. It was a motorsports fantasy world dominated by men that the late, great, American motoring journalist Chris Economaki called the “knights of the roaring road.”  While those racing legends are no longer with us to tell their tales the machines that carried them to racing immortality are.  And each year at the SVRA’s Brickyard Invitational you can relive those memories up close and personal.  A day spent in the “Pre-War Paddock” is a rare chance to drift back to a time when, yes, “the tires were skinny and the drivers were fat!”

This multi part series will focus on the cars that were the stars of the show at Indy amid an overload of motoring sites and sounds at this spectacular annual event.   So far we have looked at cars from National, Mercer (the Raceabout) and the E-M-F Model 30 and you can find those in the archive.

Part 4 of our series examines the Locomobile Model “I” – Cobe Cup Racer.

Founded in 1899 and Manufactured in Bridgeport Connecticut the Locomobiles were marketed with the slogan “Best Built Car in America” long before the likes of JD Power and other ratings organizations joined the world of consumer reviews.  In their day they faced stiff competition from Pierce-Arrow cars.  Early models were steam powered and the company made the switch to internal combustion engines in 1902.

Very few racing models were made.  The most famous was Henry Ford’s “Old 16”.  Today it is considered a national treasure and currently resides in the Henry Ford Museum (shown above).  “Old 16” was representative of the modern Grand Prix car in its day.

The Model “I” pictured above (Chassis #9) was the sister car to those Grand Prix machines and was a stock class racer built the same time as the GP models.  Only two Model “I” Roadsters were made for racing, Chassis #9 & #10, and both raced as factory cars.  In June of 1909 at the Cobe Trophy AAA Indy Car Race on the Crown Point Street Circuit in Crown Point, Indiana both cars were in attendance.  The car #9 was piloted by George Robertson to third place podium finish after starting 9th.  Unfortunately this was the last time the factory cars were raced.  Just like modern day racers, rules changes caused Locomobile to stop its racing efforts.  The cars were sent west to retire in anonymity.