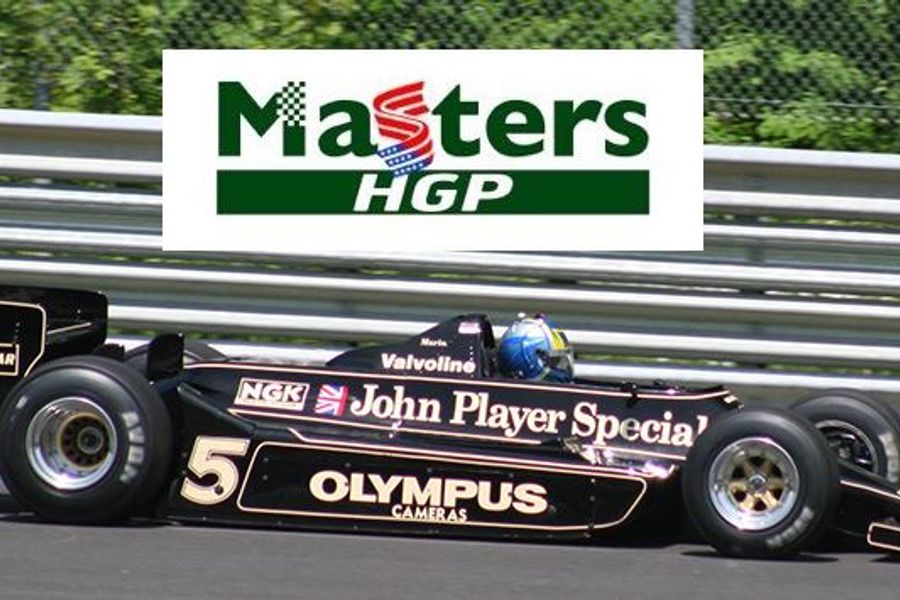 Masters HGP will move to Road America on July 17th-20th as part of The Hawk, the circuit’s annual historic racing festival. The event, a mid-summer favourite, is one of the highlights of the American historic motor sport calendar and will feature over 400 entries across its many races as well as celebrating the Ford Mustang. Masters HGP, which kicked off its season at the FORMULA 1 GRAND PRIX DU CANADA, will boast a stunning entry of 1970s and 80s Formula One cars, all running on period livery. With Ferrari and Lotus on the grid, as well as Wolf, Tyrrell and BRM, there is a fascinating snapshot of the 3-litre Formula One period. Duncan Dayton heads the entry in his Mario Andretti Lotus 79, a car that the American hero raced to the Formula One World Championship crown in 1978. Against the rapid Dayton is Doc Bundy in his Lotus 79, another car with Andretti history, this being chassis number one. Against the black and gold Lotus 79s is the Ferrari 312T5 of Bud Moeller, as raced in 1980 by reigning World Champion Jody Scheckter and his team-mate Gilles Villeneuve, whilst another Scheckter chassis is the Wolf WR6 hustled by Doug Mockett. Chris Locke is Lotus-mounted in his 1976 Lotus 77, another ex-Andretti car, while reigning FIA Masters Historic Formula One champion Greg Thornton races his ex-Ronnie Peterson March 761 against Bob Blain’s earlier 751 (as raced in period by Vittorio Brambilla). Phil Gumpert, Keith Frieser and Charles Warner all uphold Shadow’s honour, while more unusual constructors represented include Amon (Ron Maydon races the unique Chris Amon built and raced car), Hill (Brad Hoyt will race the ex-Alan Jones Hill GH1) and BRM (with Brian Blain in the ex-Teddy Pilette BRM P207). And keep an eye on the early Tyrrell 002 of John Delane who races the ex-Francois Cevert/Jackie Stewart car with great aplomb and has enjoyed much success across the globe. Says Lotus racer Duncan Dayton: “I’ve always considered Road America to be America’s Spa. It’s in a beautiful rural setting with three really fast straights, good elevation change and lots of trees surrounding several parts of the track. Its super fast and the Carrousel/Kink combination will test any driver. One thing that is unique about Road America, compared to most European circuits is that it is unmolested. There are no chicanes anywhere and the track layout has remain unchanged for over 50 years.” Ferrari racer Bud Moeller can’t wait for the weekend: “Road America is one of the best places for an F1 car to stretch its legs with three high-speed straights, elevation changes, and great passing zones. The fans are wild about F1 cars and this is one of the largest vintage events in the US and the number and variety of cars is on par with the best in the world.”