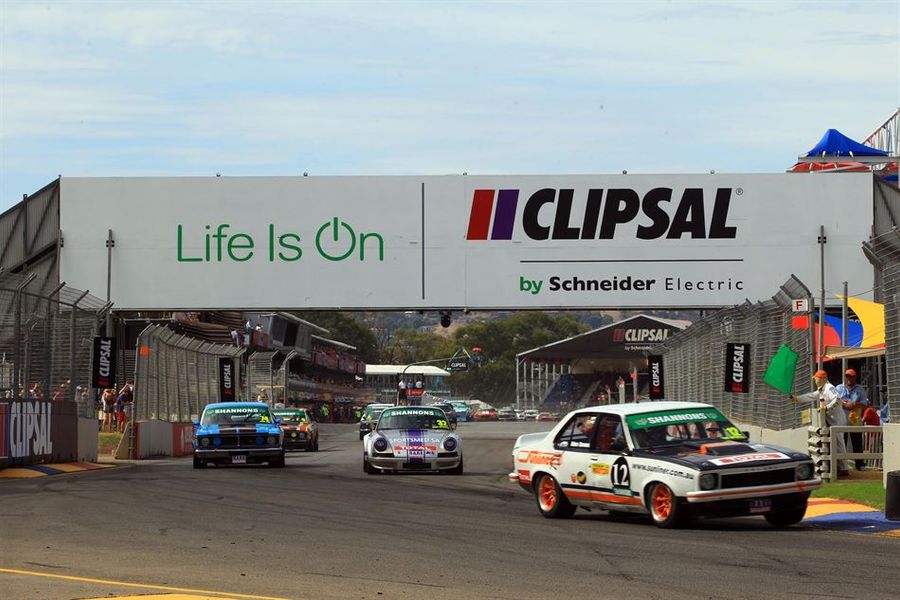 A teenager from Tasmania swept to his first ever Touring Car Masters race victory at the Clipsal 500 in Adelaide this weekend, while Greg Ritter and Paul Freestone took the major class honours in the opening round of the 2016 season. Adam Garwood took the first ever TCM WAECO Fridges Trophy race, taking advantage of the reverse-grid affair to sweep to a commanding victory ahead of Andrew Fisher (who started 11th) and Andrew Miedecke (16th) in an eight-lap affair.
Garwood also won his first ever class round victory since joining the Touring Car Masters mid last year, winning the ProSports class fight ahead off local Nigel Benson and Greg Garwood. Paul Freestone won the ProAm class ahead of Jason Gomersall and Andrew Fisher, while it was Greg Ritter who swept to his first round victory in the ProMaster division thanks to his pair of race victories this weekend.
Ritter’s triumph was the first for a Chevrolet Monza in TCM competition and came in just his second ever round. Defending series winner John Bowe finished second and Eddie Abelnica – the new Adelaide Parklands circuit lap record holder – third in his XB Ford Falcon.
Sunday’s WAECO feature race saw a reverse grid where the top 55% from Thursday’s qualifying session were reversed and then sent to the back of the field. Racing had barely begun before there was drama – Leo Tobin having the throttle jam open on his Holden Monaro GTS 350 as he raced into the turn one chicane.
Fortunately no contact was made with rival cars as the Orange Monaro was safely deposited in the gravel trap, bringing out the Safety car for a three-lap interruption. On the restart some willing racing saw Fisher and Miedecke make the most moves early, working their way through the traffic towards the front of the field.
Porsche racer Amanda Sparks, having started from the front row, ran strongly in the top three for the opening half of the race before mechanical issues sidelined her Porsche on the final lap. Andrew Fisher climbed to second with four laps to go, however was unable to make any impression on the flying Holden Torana out in front of the field, Garwood holding on to win the race by four seconds.
The new points system in place for 2016 sees competitors awarded points based on their finishing positions (in class) in races one and two, while the Trophy Race pays points to start and to finish. Should competitors start the race they get an initial 25 points, with a further 25 awarded should they make the finish – keeping the incentive to compete in the reverse-grid affair.
The results across the weekend mean Greg Ritter takes a perfect 170 points into the second round of the 2016 series, to be held at Sandown on April 1-3. John Bowe (158) and Eddie Abelnica (151) sit second and third, respectively, in the ProMaster class.
Tasmania Paul Freestone Adam Garwood Adelaide Clipsal 500 Touring Car Masters Greg Ritter