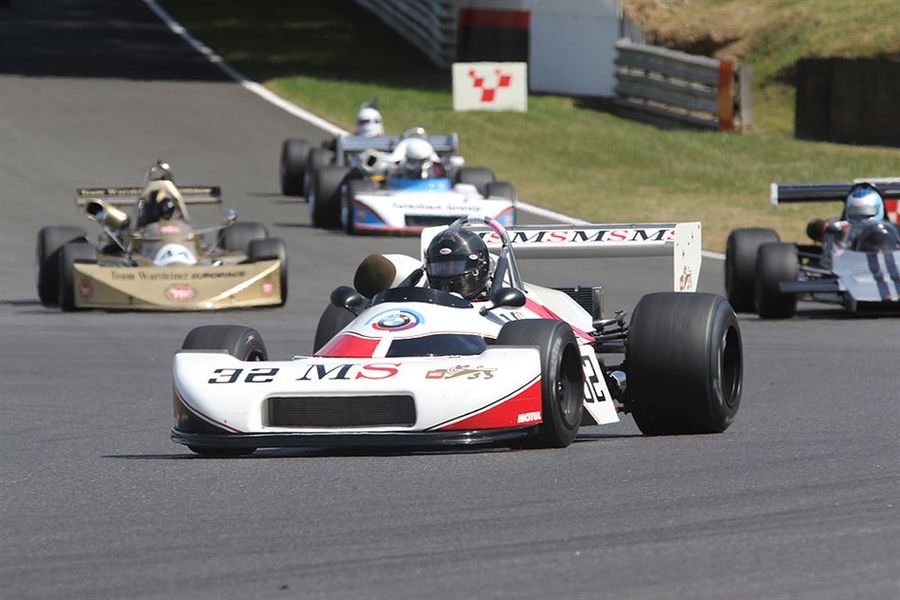 The Historic Sports Car Club has confirmed more details about its 2016 racing calendar by announcing the dates for the HSCC Historic Formula 2 FIA International Series, the HSCC Super Touring Trophy and the Pre ’80 Endurance Series. The three high-profile race series are all set to start at the Donington Historic Festival (30th of April to the 2nd May), where the HSCC will again be the race organising club. All three series will be at the HSCC Historic Super Prix on the Brands Hatch Grand Prix circuit (2nd and 3rd of July) and then the calendars diverge to take in some of the biggest historic racing festivals across Europe.
The HSCC Historic Formula 2 International Series will again feature a ten-race (five-event) calendar covering the Donington Historic Festival, Monza Coppa Intereuropa (17th and 19th of June), Brands Hatch Super Prix, Historic Grand Prix Zandvoort (2nd to the 4th of September) and the Dijon Motors Cup (7th to the 9th of October).
Moto Berazzi Ltd, manufacturers of wheels for historic racing cars, will again support the F2 series. Somerset-based Moto Berazzi specialises in making three-piece rims for single-seaters and sports-racing cars from the late 1960s and 1970s. The rims are ideal for cars from manufacturers like Chevron, Lola, March and Lotus.
The HSCC Super Touring Trophy will build on the success of 2015 and will have more of its races at HSCC-organised meetings next season. The calendar is the Donington Historic Festival, Brands Hatch Super Prix, Silverstone Classic (29th to the 31st of July) and the Oulton Park Gold Cup (27th to the 29th of August). In addition, the cars will race at Knockhill on 10th and 11th of September during the David Leslie Trophy Weekend.
After a tremendously successful inaugural season, the Pre-80 Endurance Series will grow to a four-race series for sports racing, GT and touring cars of a type that competed in the World Endurance Championship, FIA GT Championship, FIA 2-Litre Sports Car Championship and other international races up to the end of 1979.
The HSCC will run the series in partnership with Flavien and Vanessa Marcais from Automobiles Historique and an opening race at the Donington Historic Festival is sure to be popular. The dates are the Donington Historic Festival, Silverstone International Trophy (21st and 22nd of May), Brands Hatch Super Prix and the Dijon Motors Cup (7th to the 9th of October).