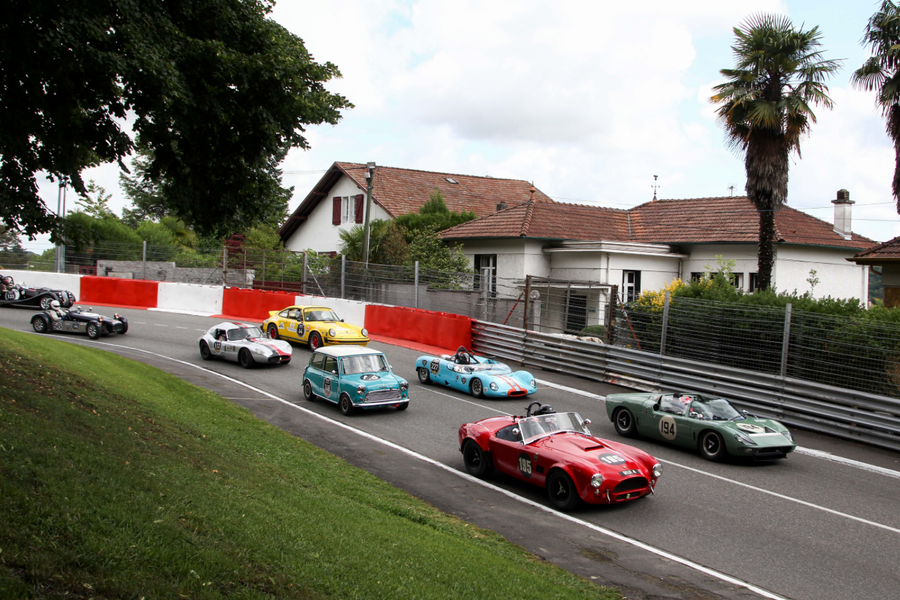 With the motto ‘Relaxed Historic Racing’, the Iberian Historic Endurance have revealed their provisional 2020 calendar and some news of some technical changes for the season ahead. Based in Portugal, IHE do not organise actual championships, but a number of popular events throughout the year as a series of individual cups in four different countries.

Their new calendar is divided into three parts:

Winter:
Taking advantage of the good weather in southern Europe, the first event is scheduled for March 1st, including a testing weekend and the first two races of the season in the warm city of Valencia. This popular event had in 2019 over 900 classic cars, motorbikes and even trucks! The winter session ends with the second edition of ‘Exclusive Testing’, two days of testing exclusively for Classic cars, which, in the first edition even included four Formula One cars.

Spring:
The second part of the season begins in the best way, with the return to the unmissable Jarama Classic, one of the favourite circuits for classic car drivers, due to its 50 year old layout. This year the event runs just one weekend prior to the Pau Historic Grand Prix, allowing teams coming to Jarama to then easily attend Pau.

The Grand Prix de Pau is one of the oldest race circuits in the world still in activity and in the all four editions Iberian Historic Endurance have been involved in has always sold out the entry list. Regarding sold out entry lists, IHE finish the second part of the season at the popular SPA 3 Hours event. Scheduled for the end of June, with some of longest days of the year, in 2019 the event was able to capture the team’s imaginary, welcoming over 80 teams from 20 different countries in a big Historic Racing party.

Autumn:
After a summer break, Historic Endurance return to last part of the season (Autumn), starting with Estoril Classic.

The biggest event of the season is a proven success story. The event will host the IHE races, as well as Formula 1 races and the Peter Auto grids.

The teams will then continue straight to Jerez de la Frontera. Jerez will have lots of news in 2020, including welcoming for the first time Historic Grand Prix cars (HGPCA) and turning an already important national event ito an international meeting.

Finally, the competition will finish as usually in the entertaining 250KM Estoril race. A race where strategy and resistance components from drivers, teams and cars are as important as ultimate speed.

At the technical level, the championship will further limit the technical specification of the Porsche 911 RS and Ford Escort RS1600, with weight increases and tyre limitations so that the pre-1966 cars can remain as competitive as the later cars.

Iberian Historic Endurance will keep rewarding the winner of the Index of Performance and the ‘Gentlemen Driver Spirit’ with podiums for both but also with prizes from sponsors and partners.

Diogo Ferrão, the responsible for the Iberian Historic Endurance would add, “In 2020, we will have a new challenge. The technical regulations changes will make racing more fun for all the teams, with more cars running in similar lap times.

“The calendar is also more spaced out, giving our friends from Northern Europe more opportunities to join us. The teams from outside of Portugal and Spain already generate 50% of the entries in 2019 and we will keep raising this number with a calendar of races spanning winter, spring and autumn, some of them with close dates, so that in a single transport drivers can do two races.”