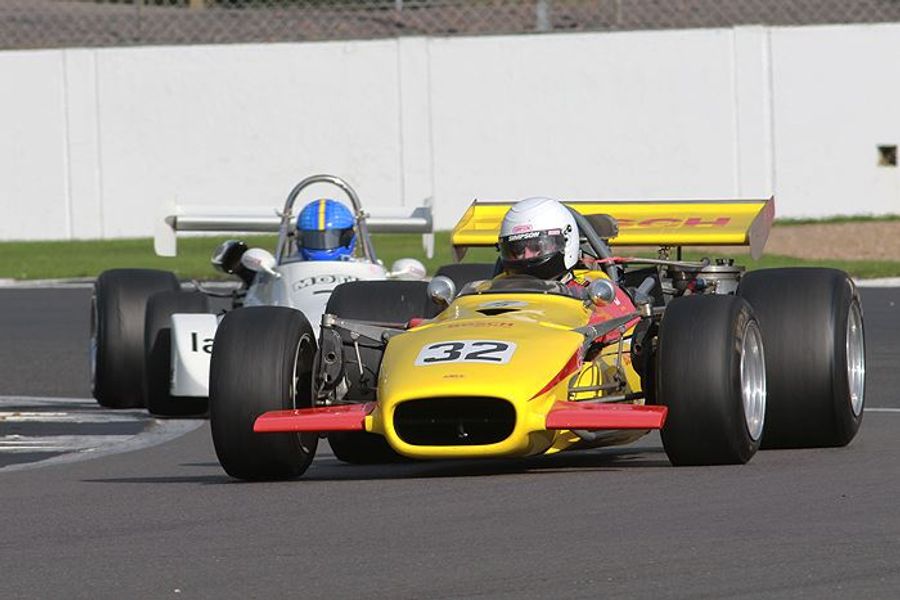 The Historic Sports Car Club’s Derek Bell Trophy will have a prime race slot at the Donington Historic Festival (May 4th-6th) during a calendar that also includes races on the Silverstone and Brands Hatch Grand Prix circuits.

The Derek Bell Trophy is one of the most spectacular series in historic racing and is for Formula 5000 and Formula 2 single-seaters built and raced between 1967 and 1979 along with classes for Formula Atlantic, later Formula Three and Formula Ford 2000 cars. A guest appearance from a 3-litre Formula 1 car is also a possibility and the sight and sound of these powerful wings and slicks racing cars is always a highlight of a race meeting.

For the first time, the DBT pack will race at prestigious Donington Historic Festival with 25-minute races on Saturday and Sunday after qualifying on Friday. It is hoped to attract a strong entry of Formula 5000s in the category’s 50th anniversary year, while a contingent of Formula 2 drivers are expected to enter during a gap in the schedule for the HSCC’s Historic Formula 2 FIA International Series.

Further races in the DBT schedule will be at the Silverstone International Trophy (May 19th/20th), the Legends of Brands Hatch Super Prix (June 30th/July 1st), the Irish Historic Racing Festival, which marks 50 years of Mondello Park, (August 18/19) and the HSCC Silverstone Finals (October 20th/21st).

In addition, the Formula 5000 cars will feature at the American SpeedFest at Brands Hatch on June 9/10 and the Formula 2 and Formula Atlantic cars will race at Thruxton’s 50th anniversary meeting on June 2/3.

“We have an excellent calendar for the Derek Bell Trophy and starting the season at the high-profile Donington Historic Festival should get the year off to a flying start,” said Grahame White, Chief Executive of the HSCC. “We are hoping to see a particularly strong contingent of Formula 5000s to celebrate the 50th anniversary of the category.”