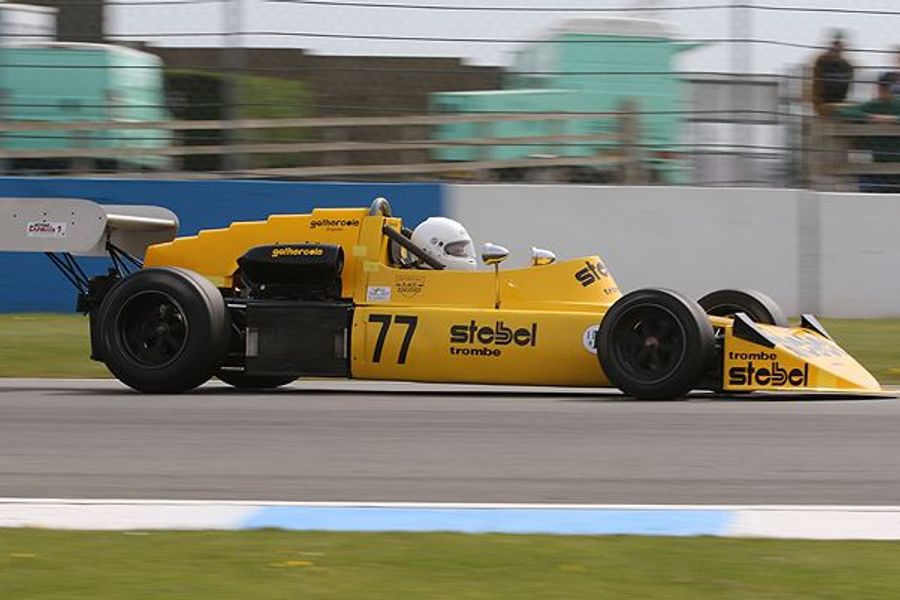 The Nurburgring this coming weekend is the next destination for the HSCC Historic Formula 2 FIA-sanctioned International Series, for the third and fourth races of the season (16th-18th June).
Drivers from across Europe will race on the modern Grand Prix track at the famous German venue, exactly 90 years to the day that the 14-mile Nordschleife track opened in 1927.
Favourite for this weekend is F2 pacesetter and round two winner Richard Evans in his March 742, running in the Bruno Giacomelli Trophy Class C for 2-litre F2 cars from up to 1978. Ranged against Evans in the 2-litre class are the ex-works Surtees TS15 of Jeremy Wheatley and the March 782 of Swedish racer Torgny Johansson.
The Jochen Rindt Trophy Class A for 1600cc F2 cars from 1967 to 1971 has a typically strong field including reigning four-time champion, and double class winner at Donington Park, Robert Simac (March 712M). His rivals include Luciano Arnold (Brabham BT36), Alain Lagache (March 712M), Klaus Bergs (Brabham BT36), Paul Bason (March 712) and Roger Bevan in his glorious ex-Fittipaldi Lotus 69.
Contenders in Class B for 1600cc Formula B and Formula Atlantic cars will contest the Gilles Villeneuve Trophy and heading the class to Germany is the March 722 of Frenchman Olivier Huez. Finally, in the Jim Clark Trophy Class D for the early non-winged F2, Formula B and Formula Atlantic cars will be the rare Elfin 600B of Stephen Weller and fellow Australian visitors Wayne Wilson (Brabham BT21) and Tim Kuchel (Brabham BT18).
The Formula 2 cars have prime slots within the Nurburgring timetable. After qualifying at 12.35pm on Friday, the races will start at 5.20pm on Saturday and 10.40am on Sunday. More details about the event are available at www.nbr-classic.com/
After the races at the Nurburgring, the focus for Historic Formula 2 will switch to France and the first Grand Prix de France Historique at Magny Cours over the weekend of 1/2 July. This major new racing festival promises to be one of the highlights of the 2017 historic racing season under the patronage of Jean Alesi. Historic F2 has a prominent place on the programme, which celebrates the history of single-seater racing.
The Historic Formula 2 International Series is open to single-seater racing cars built to the appropriate Formula 2, Formula B and Formula Atlantic regulations between 1st January 1967 and 31st December 1978, running to their original specification and using components of a type used in period.