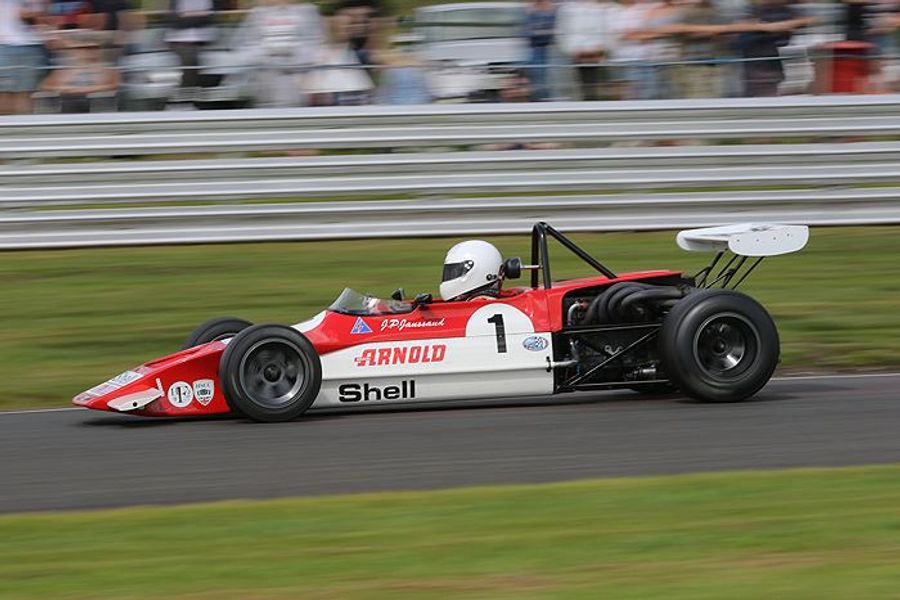 The HSCC Historic Formula 2 FIA-sanctioned International Series will get off to a flying start with a strong entry for the opening two races at Hockenheim this weekend (21st/22nd April).

The Formula 2 races will play a prominent part in the event that celebrates the life of Jim Clark, who died at the German track 50 years ago on 7 April 1968. The weekend will include a number of special events to commemorate the double World Champion who is widely regarded as one of the greatest drivers in the history of the sport.

Proudly carrying number 1 on his March 712M will be defending champion Robert Simac who will start his bid for a sixth consecutive title. However, the Frenchman faces tough opposition across the field, including from the similar car of Paul Bason, the Brabham BT36 of Luciano Arnold and the ex-Fittipaldi Lotus 69 of Roger Bevan. New to the Jochen Rindt Class for 1600cc F2 cars will be the rapid Tecno of Julian Stokes.

The overall pacesetters should come from the Bruno Giacomelli Class for 2-litre F2 cars and the rare sight of three Ralt RT1s will be a feature of this division. Swiss racer Hans Peter is joined by the cars of Steve Seaman and category newcomer Steve Futter, while the consistently quick Mike Bletsoe-Brown (Chevron B27), Chris Willie (Chevron B29) and Swedish racer Torgny Johansson (March 782) pack out the class.

Finally, back in the UK for another season is Australian racer Stephen Weller who fields his rare Elfin 600B in the Jim Clark Class for the early non-winged F2 cars. In all, drivers from seven countries racing cars from eight manufacturers will be on the Hockenheim grid to give the 2018 Historic Formula 2 season an excellent start.