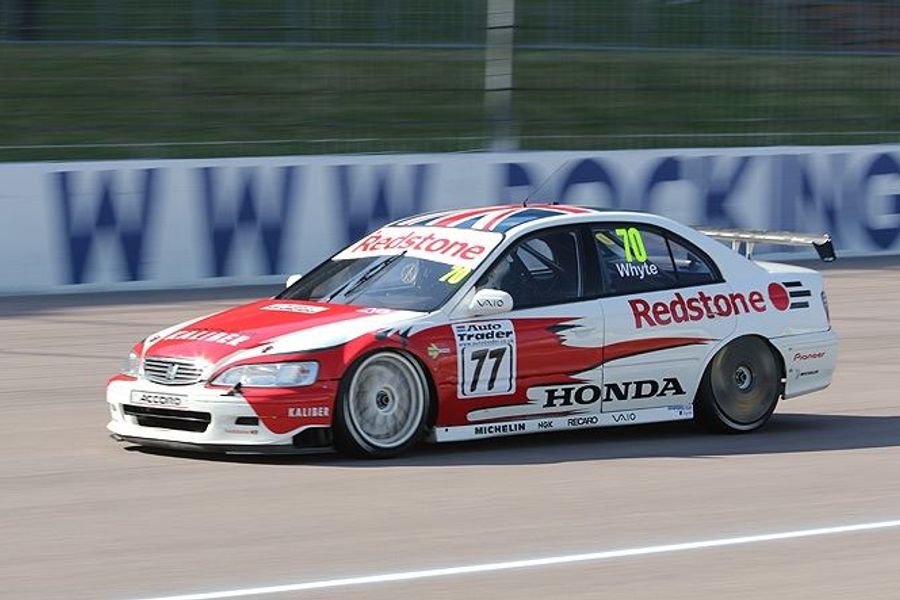 Stewart Whyte was the toast of the HSCC Super Touring Trophy when the 2015 season wrapped up with a double header supporting the BTCC at Rockingham (5/6 September). The Scotsman’s Honda Accord won both races and Stewart was confirmed as winner of the series, which runs under the wing of the Historic Sports Car Club. It was Whyte’s second crown in three seasons. On Saturday, Whyte went clear as former BTCC racers John Cleland (Vauxhall Vectra) and Patrick Watts (Peugeot 406) battled for second. Eventually Cleland edged clear to make certain of second place but Watts was still only half a second behind at the flag. Renault Clio racer Paul Rivett took his Honda Accord to fourth while Mark Smith was a class-winning fifth in his BMW M3. Out early in the race went out-going champion James Dodd (Honda Accord) with a broken wishbone and that meant he’d start race two from the back of the grid along with his father Graeme (Honda Accord) and Simon Garrad (Opel Vectra). Sunday’s race ran in front of a typically big BTCC crowd and went out live on ITV4 as Whyte again proved the class of the pack. While Whyte eased clear, Cleland and Watts once more joined battle for second and Cleland was again able to fend off the Peugeot as they each took a place on the podium for the second time in the weekend. Graeme Dodd worked up the order to take fourth after missing the first race with driveshaft problems, while Smith, Tony Absalom (Vauxhall Cavalier) and Mark Wright (Ford Escort Mk2) all won their classes. Out of luck again was James Dodd who retired after a first-lap tangle with Garrad. Whyte was a deserving title winner: “The season has been pretty good,” he said. “We've worked hard back at the workshop to make the car reliable and we keep on checking everything to make sure we finish every race.”