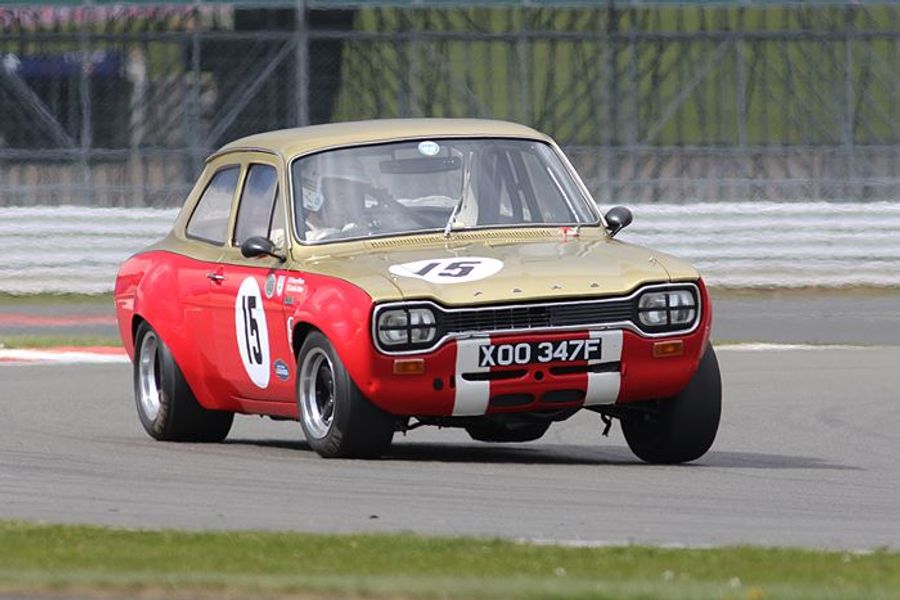 The Historic Sports Car Club will celebrate 50 years of the Ford Escort with two special one-model races at Brands Hatch on Sunday 23rd September. The double-header races on the Indy circuit will be open to a range of race-prepared examples of the famous race and rally car and it is hoped to have one or two special saloon Escorts on the grid.
Meanwhile one of the most famous race Escorts of all will be on hand as Henry Mann from Alan Mann Racing will bring ‘XOO 349F’, the ex-Frank Gardner Mk1 racer. Gardner used the 1600cc twin-cam Escort to win the 1968 British Saloon Car Championship and clinched the title at Brands Hatch in September. Although not able to race, the iconic red and gold car will run some demonstration laps during the day.
The Escort’s competition debut came in a rallycross meeting at Croft in February 1968 and its rally debut was a month later on the San Remo Rally in Italy. It went on to become one of the most successful and enduring competition cars of all time.
Grahame White, Chief Executive Officer of the HSCC, said: “We thought it was very appropriate to mark 50 years of a car that has had such an impact on the sport. We also hope to attract some former Ford Escort racers to come and join in the celebrations.”
Anyone interested in taking part in the pair of races should contact the HSCC Club office on office@hscc.org.uk.