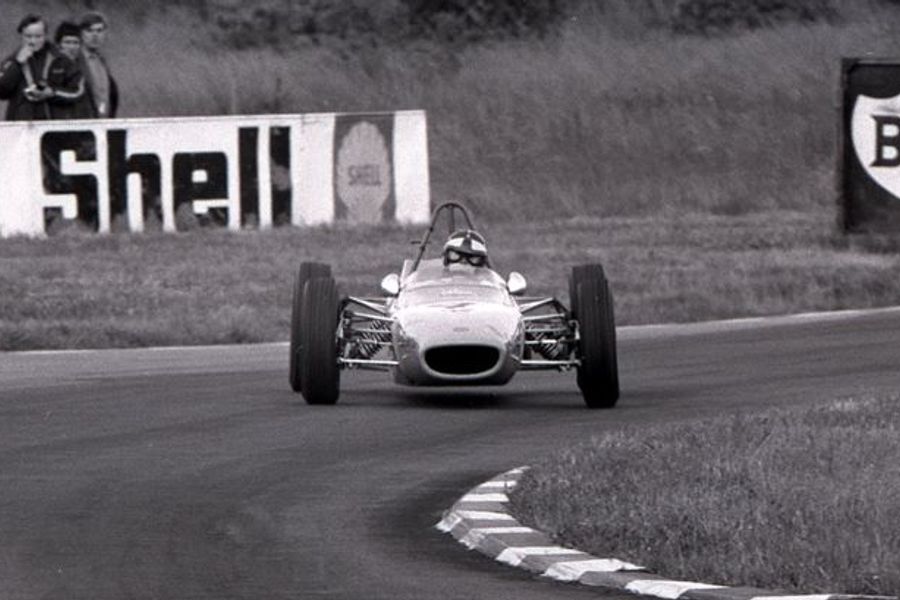 Picture: Emerson Fittipaldi (Lola T200) at Snetterton in 1969 (Mike Dixon).
The Historic Sports Car Club has launched a bid to get former Formula Ford champions to the category’s 50th anniversary celebration at its Brands Hatch Grand Prix circuit meeting on July 1st and 2nd, 2017.
The HSCC is marking 50 years of Formula Ford with a range of celebrations, starting with a major display of cars from five decades of the category at Autosport International (January 12to the the 15th).
A major celebration at the Legends of Brands Hatch meeting in July will be based around getting as many former champions as possible together at the Kent track. Estimates suggest that more than 30-championships for Formula Ford 1600s have run and the gathering will also include winners of the Formula Ford Festival, the Walter Hayes Trophy and the Castle Combe Carnival.
The first Formula Ford race ran at the Kent track exactly half a century earlier on July 2nd, 1967 and the celebration of the category, topped by races for the HSCC’s Historic Formula Ford Championship, will be a key feature of the weekend. The inaugural race drew a 20-car field and was won by Ray Allen in a Lotus 51.
“Our calculations suggest that as many as 500-drivers have won Formula Ford titles over 50 years and we’re keen to invite them to Brands Hatch in July,” said Grahame White of the HSCC. “When we include the annual knock-out competitions, we hope to gets lots of former Formula Ford stars to join in this unique celebration.”
Any driver with a Formula Ford title under their belt is invited to contact the HSCC office on 021327 858400 or by e-mail to office@hscc.org.uk.
In addition, the HSCC will stage celebration displays of 50-years of Formula Ford at the Historic Motorsports Show at the London Excel and at Race Retro at Stoneleigh in February.
HSCC Brands Hatch Formula Ford FF1600