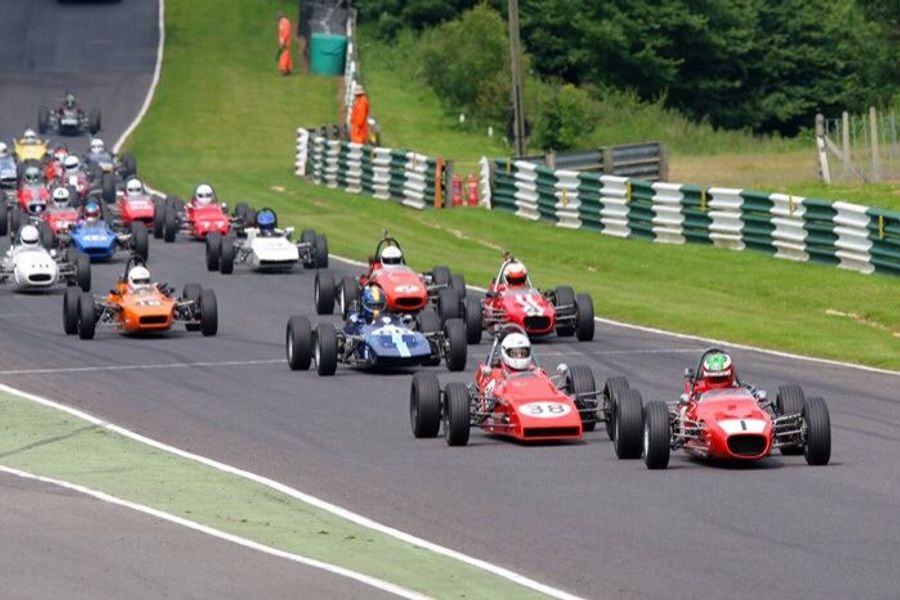 The Historic Sports Car Club has unveiled its 2015 racing calendar, which is headlined by high-profile events on the Silverstone and Brands Hatch Grand Prix circuits as well as major historic festivals at Croft, Oulton Park and Thruxton.

The season starts with the Thruxton Easter Revival event (4/5 April), while the Wolds Trophy meeting at Cadwell Park moves a week later (27/28 June) and will again celebrate Formula 3. One-day events will be held at Donington Park (30 May), Brands Hatch Indy (26 September) and the Silverstone Finals (17 October). HSCC members will also have the opportunity to race at Spa-Francorchamps during the Classic Six-Hour meeting (18-20 September).

In addition, the HSCC will once again be organising the racing element of several key events in 2015, including the Donington Historic Festival (2-4 May), Tour Britannia (12-15 May), the Silverstone Classic (24-26 July) and the Walter Hayes Trophy (31 October/1 November).

“I’m very pleased with our 2015 calendar,” said HSCC Chief Executive Officer Grahame White. “We’re delighted to give our members the chance to race on all the major UK tracks including the Grand Prix circuits at Silverstone and Brands Hatch.”

Dates for individual championships and series, including the Historic Formula 2 Championship, Martini Trophy, Super Touring Trophy and the new Jaguar Heritage Challenge will be announced when available..