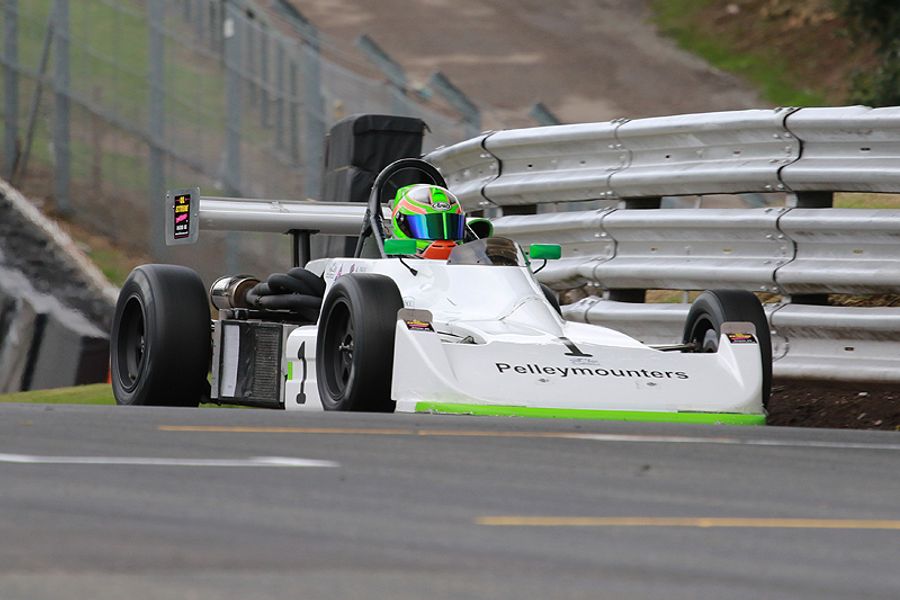 As well as two races dedicated to Ford Escort Mk1s and Mk2s, a busy programme takes in nine other HSCC championships and categories as well as a guest race for the Heritage Formula Ford 1600 Series.

The 50-year story of the Ford Escort will be celebrated as a 24-car grid of period specification Mk1s and Mk2s race in a pair of special Escort-only races. The grid will be headed by the Mk1 of Greg Caton, three cars for Sean Brown and his sons Daniel and Robert and the Border Reivers-entry of Stuart Thorburn.

During the lunch-break on Sunday, early 1970s works Escort racer Yvette Fontaine will demonstrate a replica of her 1972 Belgian championship-winning Mk1 and will be re-united with former team mate Gillian Fortescue-Thomas. Henry Mann will demonstrate Frank Gardner’s famous British Saloon Car Championship winning car, XOO 349F, which will be joined by another of the Alan Mann Racing cars, the ex-Jackie Oliver XOO 347F. Also due to be demonstrated is an ex-Hans Heyer Zakspeed Mk2 from the European Touring Car Championship.

In the racing, the battle for the Historic Formula Ford 1600 Championship will be prominent as Ben Mitchell and Cameron Jackson continue their head-to-head battle in rounds 14 and 15 of 17. When dropped scores are factored in, Mitchell has a 10-point advantage heading into the deciding four races at Brands and then Silverstone in mid-October. However, Max Bartell, Callum Grant and Ben Tusting, along with series newcomer Linton Stutley in Richard Tarling’s Jamun T2, will all be in the mix.

The Historic Formula Ford 2000 Championship is enjoying an excellent season and two more races will help shape the title contest. A double win last time out at Oulton Park has put defending champion Andrew Park to the head of the points and the well-travelled Cumbrian racer will be out to consolidate his lead this weekend. His rivals include Nelson Rowe and Ian Pearson.

Saturday features two races for the Historic Touring Car Championship, where the Imps of Adrian Oliver and Steve Platts are battling with the Ford Anglia of Bob Bullen for the title. However, while they strive for points, Mark Watts (Ford Mustang), Richard Belcher (Lotus Cortina) and Mike Gardiner (Lotus Cortina) will be pacesetters at Brands.

The 70s Road Sports Championship will deliver another tremendous grid for a double-header on Sunday and two more win would make Charles Barter (Datsun 240Z) hard to beat with one race remaining at Silverstone next month. His challengers are Jeremy Clark (Lotus Elan) and Will Leverett (Lotus Europa), as well as Oulton Park winner John Williams (Porsche 911SC).

The Historic Road Sports Championship also has two races on Sunday and with defending champion Dick Coffey (Turner Mk1) set to miss the weekend, the title race is looking like a straight battle between John Davison (Lotus Elan) and Kevin Kivlochan (Morgan Plus 8). Finally, two races for the Classic Clubmans Championship bring out the incredibly rapid front-engined sports-racing cars and it is category benchmark Mark Charteris (Mallock Mk20/21) who heads the field.