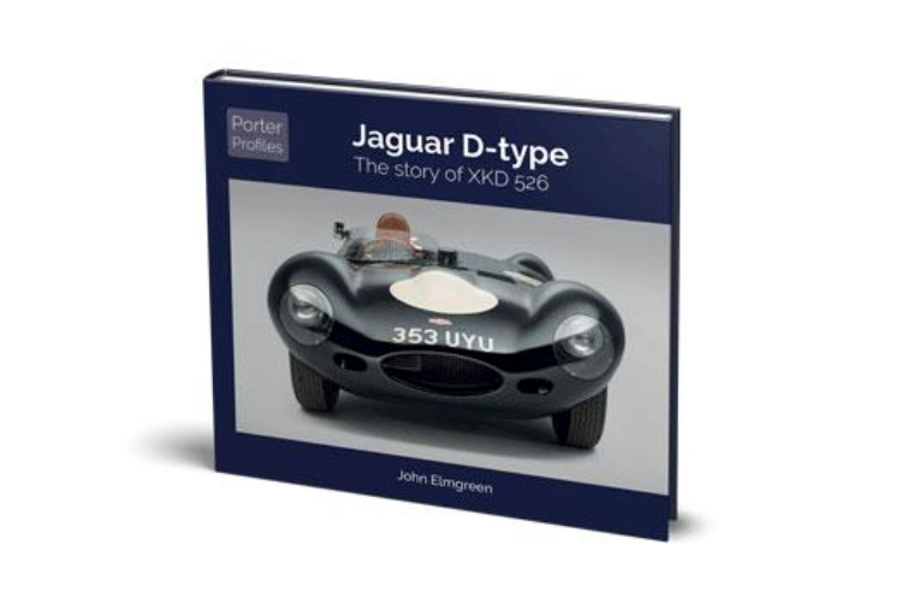 You may think that there are already enough books about the D-Type Jaguar but this new release from Porter Press International comes at the subject from a somewhat different angle. Instead of taking the well-trodden path of discussing the famous long-nose 'works' superstar cars, author John Elmgreen delves into the considerably less famous XKD526 'customer' car.

The car was delivered new to Australia in late 1955 and immediately started an active and varied competitive life. First owner Bill Pitt entered the car in the Leyburn Sprints in February '56 for one of Australia's few female drivers, 'Geordie' Anderson, where she clocked an impressive first time out flying quarter mile at 135.2 mph. Albert Park is now famous as the home of the Australia Grand Prix but there has been racing held at the venue for many years. Car owner Bill Pitt finished the racing year in 1956 with a shunt at the fledgling venue, and although the only things he hit were straw bales, there was a fair amount of damage, albeit superficial.

By the time the car reappeared in 1957 it had a reprofiled nose section, the famous oval air intake replaced with a much squarer and, it has to be said, less attractive, 'face'. The British Racing Green paintwork had been changed to metallic gold as well. Thankfully by the end of the season common sense had prevailed and BRG was again the colour of choice, although the unique front end was still there.

XKD526 was in for another change of colour though, as it evolved to the yellow with a blue stripe of the Leaton Motors team. The company was a successful retailer of road cars and one of their salesmen persuaded them to buy the car for him to race under their banner. That salesman was none other than Australian racing legend Frank Matich, embarking on what would become a very successful career in motor sport.

Over the next few seasons the car continued as part of the Leaton Motors stable but became less and less competitive. In an effort to extend its racing life, a number of modifications were tried, not least a couple of different hard top interpretations of the Malcolm Sayer bodywork, photographs of which appear in the book and are strangely appealling.

In 1967 the redundant racer was pensioned off and was eventually bought by Keith and Sandra Berryman who restored the old girl to her original state.... or nearly, because they added a Le Mans type fin to the headrest before entering '526' onto the concours circuit in Australia.

It was only in 2014 that she finally made the long trip home where a full nut-and-bolt restoration took place, returning the car to the condition in which it left Browns Lane all those years ago. Porter Press supremo Philip Porter is a well known Jaguar aficionado and he takes up the story from this point. The rebuild is covered in detail and the photography of the car as it exists today is stunning and highly detailed.

Porter Press International produce these 'Profile' books as a comparatively lightweight read with a correspondingly affordable £20.00 pricetag. For those people wanting a more in-depth D-Type biography PPI have published a book on the XKD 504 'Longnose' as part of the Great Cars series at £60.00. Each book appeals in a different way and are equally rewarding reads.