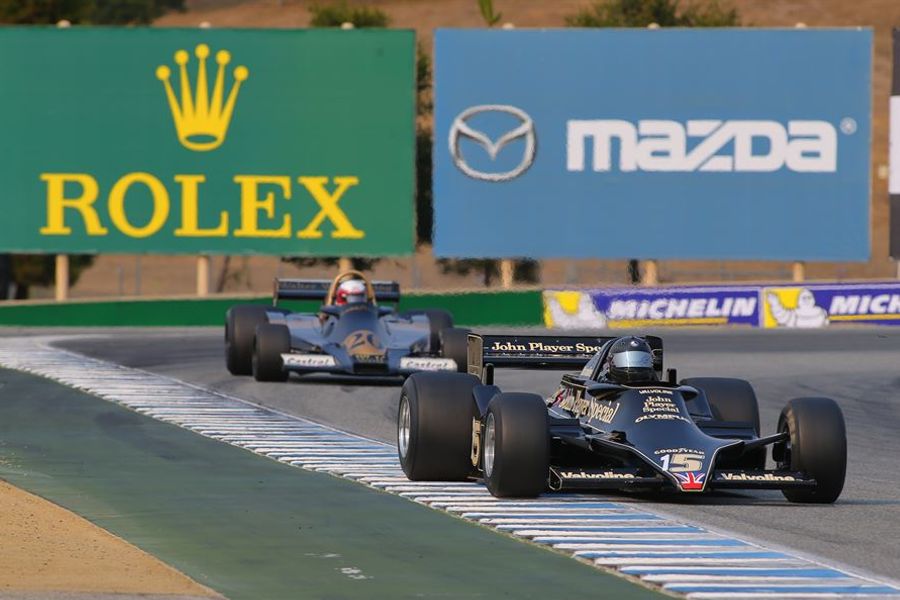 The Rolex Monterey Motorsports Reunion will be firing on all cylinders August 23-26 as three fan favorites - Historic Trans-Am, Can-Am and Formula 1 - return to Mazda Raceway Laguna Seca. Fresh off winning the prestigious FIA Founding Members’ Heritage Cup, the Rolex Monterey Motorsports Reunion hits even greater strides this August.
An expected 550 historic, authentic race cars from more than 900 entry requests will fill the 15 grid field that will provide fans with a near sensory overload. The 15 groups that will be racing on track are:
Pre-1940 Sports Racing, Touring and Race cars and 1927-1951 Racing Cars
1947-1955 Sports Racing and GT cars
1955-1961 Sports Racing over 2000cc
1967-1984 Formula One
1973-1981 FIA, IMSA, GT, GTX, GTU, AAGT
1966-1972 Trans-Am
FIA Manufacturers Championship
1955-1962 GT
1955-1961 Sports Racing under 2000cc
1961-1966 GT under 2500cc
1963-1966 GT over 2500cc
1958-1963 Formula Junior
1968-1976 Formula 5000
1966-1974 Can-Am
1981-1991 IMSA GTO/GTP
“The Selection Committee wanted to come out of the gate with an unparalleled level of iconic race and sports cars to fill the paddock and compete on track,” explained Gill Campbell, senior vice president of events at Mazda Raceway Laguna Seca. “It’s four full days of pure adrenalin entertainment where guests can get up close to the cars, talk to their owners and mingle with motor racing legends who are seen walking down their own memory lane. This just might be the most complete group ever assembled in Monterey.”
Entry requests are still being accepted until January 31 via www.MazdaRaceway.com. Each entry will then be scrutinized by the selection committee to ensure the car is authentic, period- and mechanically-correct to the time it originally raced, right down to the decals.