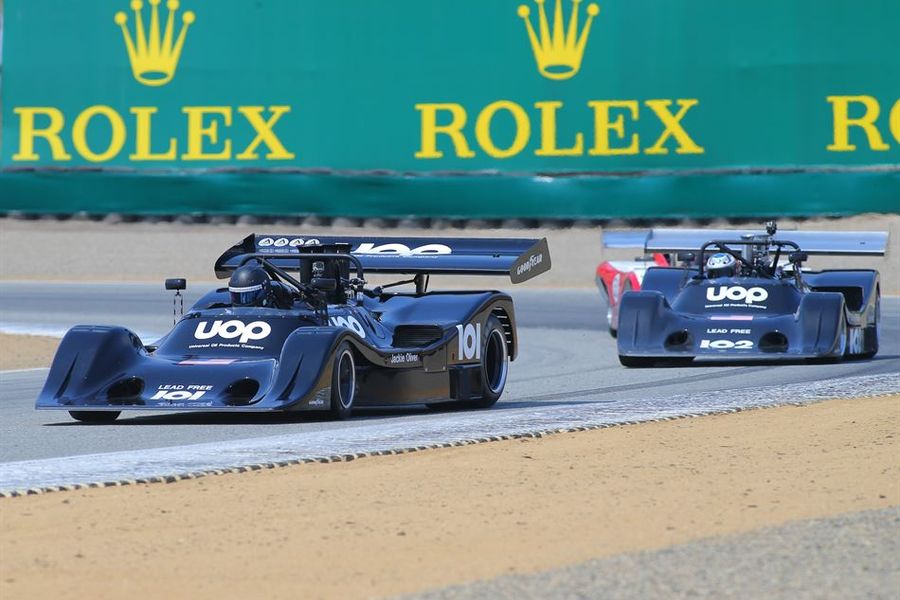 Motorsport enthusiasts who appreciate seeing historic race cars revving to life and competing once again will have their sensory fill at the Monterey Pre-Reunion, Aug. 18-19, followed by the renowned Rolex Monterey Motorsports Reunion Aug. 23-26 at WeatherTech Raceway Laguna Seca.

The annual gathering attracts international drivers and museum-quality historic race cars each year to the Monterey Peninsula for the racing events that serve as bookends of Monterey Classic Car Week. The racing is complemented by a wide open paddock, vibrant marketplace with activities for children of all ages and a number of automobile companies exhibiting their newest cars and trucks. New this year, all children 15 and under are free when accompanied by an adult.

The Rolex Monterey Motorsports Reunion is packed with four full days of 15 different groups racing. Among the featured groups are Formula One, Trans-Am, Can-Am and Formula 5000, which is celebrating its 50th anniversary international tour. The cars are the stars in this event where it is a proverbial A to (almost) Z in automotive history – from Alfa Romeo and Allard to Volvo and Williams.

Nissan will be celebrated as featured marque for the first time in the event’s history that dates back to 1974. Large fields of Datsuns and Nissans are entered that will hark back to the time of their beginning dominance in road racing. Nissan is also using the event to showcase its racing heritage and celebrate some of the legendary people who helped transform the company into one of the world’s leading automotive brands.

Preceding the Rolex Monterey Motorsports Reunion is the Monterey Pre-Reunion where more than 300 historic cars will be racing twice each day in 10 groups. This more relaxed event features many of the same cars that will be seen later in the week, as drivers look for additional seat time for that competitive edge.

The provisional schedules for both events can be seen and downloaded from www.WeatherTechRaceway.com.