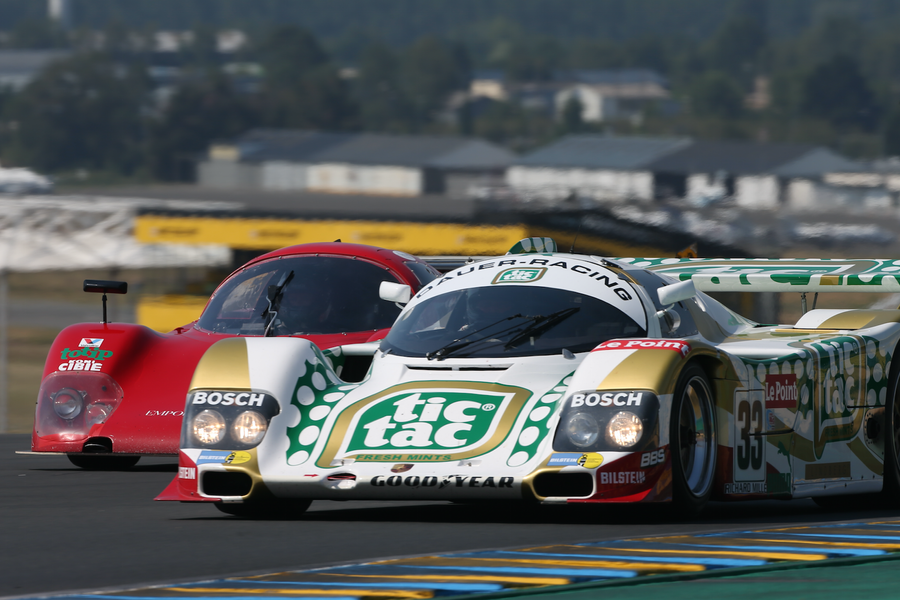 A feature of 2020’s Bathurst 12 Hour race will be demonstration runs by Group C cars on the Mount Panorama circuit. The three day meeting, which starts on January 31st, will feature a run for the cars on the Friday, then two 15-minute sessions on the Saturday for the cars that were the stars of the World Sportscar Championship in the 1980.

No details have yet been released about which cars will be there, with just a 'selection of classic Croup C Machinery' released as as an initial teaser. The sight of Group C field in period going across the top of the montain and then down Conrod Straight would have been pretty unforgetttable!

The World Sportscar Championship did race in Australia, but at Sandown Raceway in Victoria. In 1984 the final round of the series was held there, the race just for drivers' points not manufacturers', with the Rothmans Porsche 956 of Derek Bell and Stefan Bellof taking the win in a race flagged at the six-hour time limit. The event did not receive the sponsorship that organisers the Light Car Club of Australia had hoped for and theyincurred large losses running the meeting, the next two years of the contracted three race deal being cancelled.

The series did return to Sandown in 1988 fo the 'Lucas Supersprint', again the season closer, with the Sauber C9 of jean-Louis Schlesser and Jochen Mass heading home team-mates Mauro Baldi and Stefan Johansson, and the TWR Jaguar XJR-9 of Martin Brundle and Eddie Cheever third.

Our more knowledgeable Australian followers will already be well aware that cars labelled Group C did race at Bathrust, with the new set of regulations for Touring Cars in Australia introduced for 1973 bearing that name. That was the first year the showpeice saloon endurance race at the track was extended to 1,000km, running as the Hardie-Ferodo 1000 before for many years being well-known as the James Hardie 1000. The period helped cement the legend of Peter Brock as King of the Mountain, who took six wins under the Group C regulations for Holden.