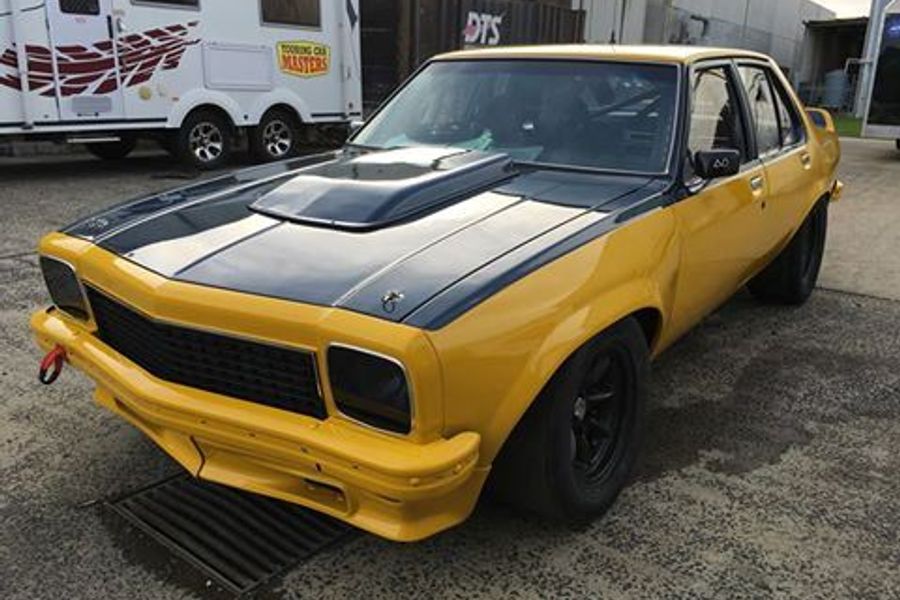 Another brand-new Touring Car Masters weapon is set to join the grid for the series' next round at Winton Motor Raceway. Bruce Williams has confirmed via his Facebook page that he is likely to make the racing debut of his brand-new Holden Torana SL/R 5000 at the Victorian venue next week.
"So the wait is over, the new Touring Car Masters monster lives and will hit the track at Winton this week for a shake down," Bruce wrote. "All things being equal we will race the SLR5000 for the first time at the Winton V8 Supercar round in about ten days. Advanced Vehicle Design's Les Small and Mika have done an amazing job with the build and I'm pretty excited to get behind the wheel.
"Thanks for all the support and encouragement, all good things come to those who wait..... It's been a long wait!"
Presented as a tribute to the Peter Brock / Brian Sampson 1975 Bathurst 1000 winner, Williams' Torana will be the latest Holden to join the grid and will join fellow Torana drivers John Bowe (Bendigo Retro Muscle Cars / PAYCE), Jason Gomersall (iSeek Racing) and Adam Garwood (Sunliner RV) in the Winton field.
Williams will be a busy man at Winton, having also recently announced a brand new team that will contest the all-new Toyota 86 series that will also compete next week. Ben Grice, son of double Bathurst winner Allan, will drive Williams' Toyota entry which will be engineered by Les Small while Williams himself will drive the Torana.  Small not only built Williams' new Torana, but was responsible for the stunning Roadways Racing Torana's in the 1970s in which Allan Grice made his name.
Round three of the 2016 Touring Car Masters will see the field battling for the Rare Spares Rose City Trophy across three races - all to be broadcast live on FOX Sports across the weekend.
Bruce Williams Holden Torana SL/R 5000 Touring Car Masters Winton Motor Raceway